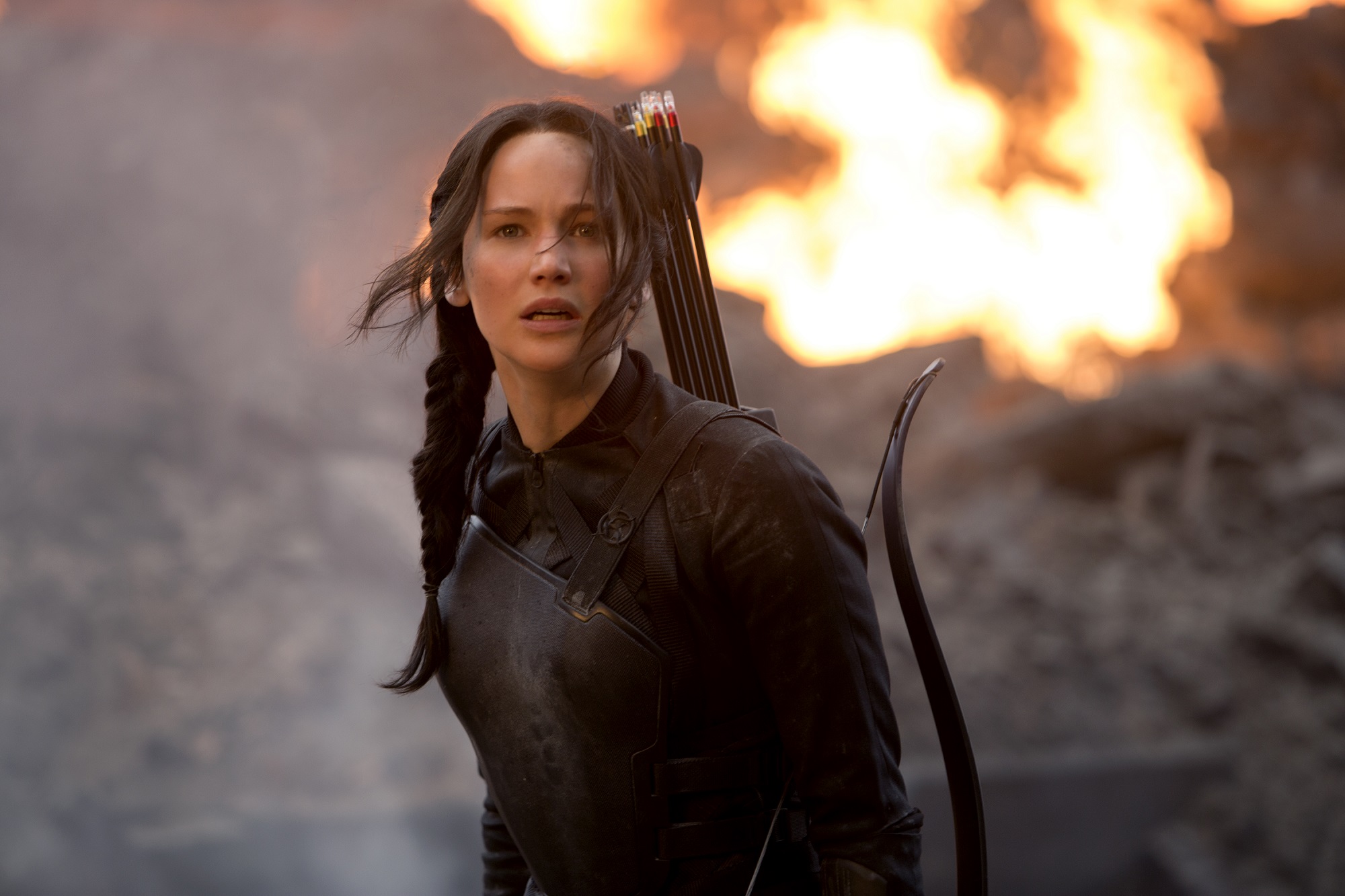 At noon on June 1, The Hunger Games Facebook page released the first promo poster for Mockingjay Part 2 and the fandom is going crazy. The poster shows a destroyed statue of President Snow with the mockingjay symbol painted in red behind it. In the bottom corner of the poster (also painted in red) is “#UNITE” and “REVOLUTION.PN.” Fans rejoiced at this first official photo for the final installment of the movie franchise. 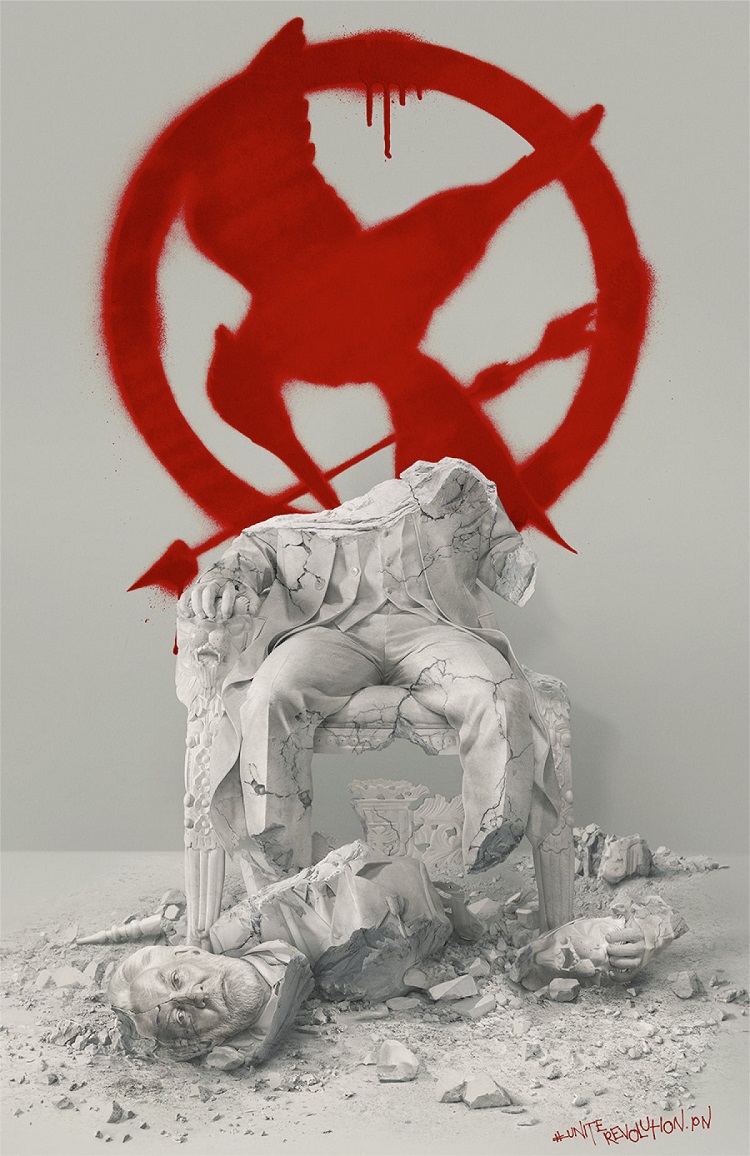 The poster is deceptively simple. It is obviously a demonstration by those involved with the revolution. They are drumming up support and showing their strength. Beyond this, the photo has multiple implications. The destruction of the statue reveals weakness in the Capitol. Additionally, this is clearly the well-known statue from Mockingjay Part 1 promos. As you may remember, that statue was not alone. Statues of Peeta Mellark and Johanna Mason accompanied it. Where are those statues now? Those who have read the books probably realize their absence is a hint about what’s to come. Another detail is that Snow’s head is still intact, and it’s directly facing the camera. This lets us know that Snow will refuse to go down without a fight. Even if everything around him is crumbling, he will be thinking of ways to retain the Capitol’s power.

Another great feature is the contrast between white and red. The rebels are using red paint to make a statement. Red is the color of passion, action, and anger. It’s also the color of blood. They are clearly sending a message to the Capitol that they are not afraid. If you look at the facebook post carefully, you’ll find two extra promos, which feature changes to the capitol’s website and a new website for the revolution. 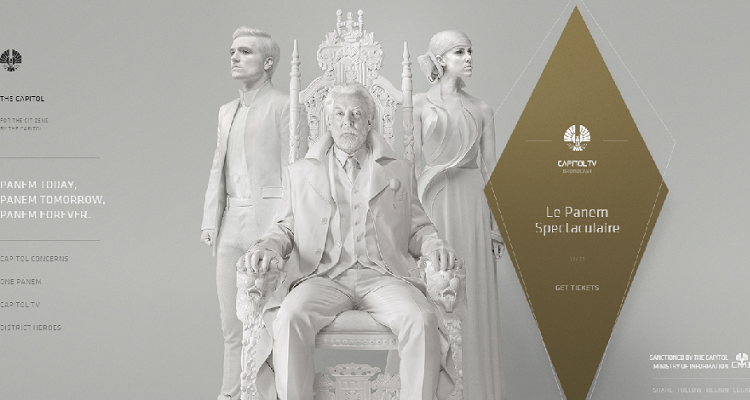 When you first visit the Capitol’s website, it may seem that everything is still the same. Give it a few seconds, though, and the changes will be revealed. It’s as if Beetee is hacking the site right in front of your eyes: 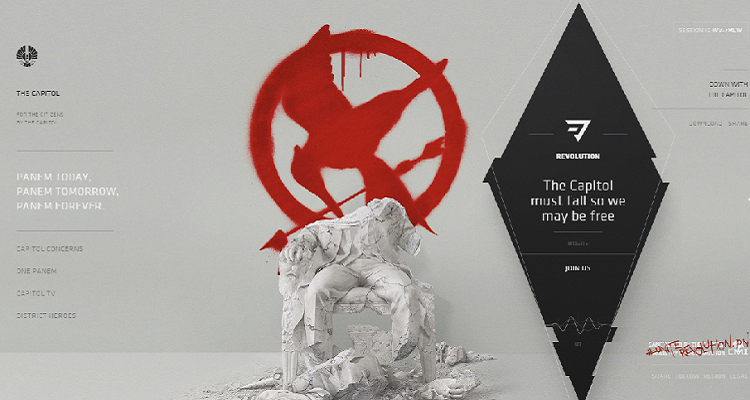 The website hack features the same image as the poster, but some of the added details are pretty cool too, especially the placement of #UNITE and REVOLUTION.PN from the photo. They are placed directly over the “Sanctioned by the Capitol Ministry of Information” citation in the corner of the website. This placement is perfect because it’s directly subverting the Capitol’s authority.

What Is This REVOLUTION.PN Thing?

Turns out, it’s actually a website for the revolution. If you go to the site, the first thing you’ll see is this: 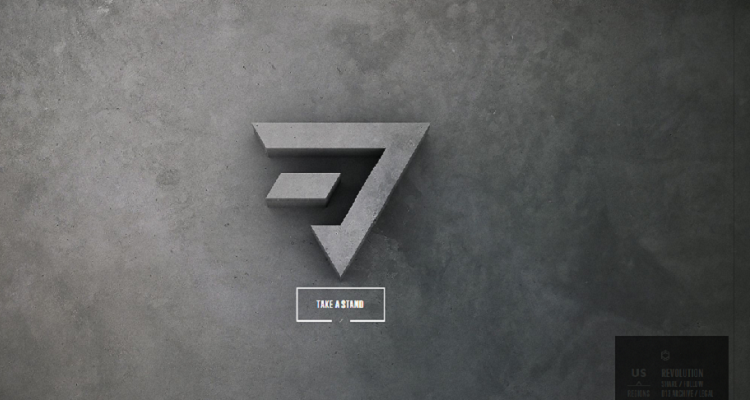 You can enlist and become part of the revolution by entering your name and email upon clicking the “Take A Stand” button. Though it’s not clear, I am assuming that those on the email list will be sent more promos as time goes on. Who knows, maybe there will even be special offers for those on the list! I will be keeping an eye on this site to see if more will happen as time goes on.

The marketing for The Hunger Games movies continues to surprise me in the best ways. They clearly understand their audience and are brilliant at pulling their fans into the story. The attention to detail is fantastic. There really isn’t any other movie franchise that has made use of the Internet and social media in this way. Everything is so interactive. It reinforces the grassroots nature of the revolution and addresses themes of the series. I am excited to see what comes next.

The Hunger Games: Mockingjay Part 2 is scheduled to be released November 20, 2015.

‘Batman: Arkham Knight’ Will Be An Impressive Finale