You know, sometimes I wish True Detective had more going on. I wish it were more complicated with more characters. I just feel like they don’t throw around the names of minor characters enough. And would they stop making everything so fun and happy. This has been an example of sarcasm. Now let’s try and figure out what the heck happened this week. Here’s our recap of the penultimate episode of True Detective 2.0, “Black Maps and Motel Rooms.”

Regrouping in their dingy motel room, Bezzerides, Velcoro, and Woodrugh begin deciphering what went on at the big creepy party in the last episode. Bezzerides is still hung up on the murder by stabbing that she committed. It turns out she gets really philosophical when she’s drugged. She wonders if she went in looking for the violence. Maybe she’s been waiting her whole life for it. Maybe she should have sex with Velcoro. What?! Well she makes a pass, but he turns her down. She blames the drugs. Document reader extraordinaire Woodrugh sees that Osip and Tony Chessani are claiming the land that was originally Caspere’s in the rail deal. But let’s just put all this political conspiracy, murder, and human trafficking on the back burner for a minute. Someone sends Woodrugh a photo of him hooking up with Miguel with the intent to blackmail him.

At the poker room, Frank and Jordan talk about walking away. They pretty much only talk about two things on this show, having a baby and/or walking away from the criminal world. Velcoro shows up to tell Frank about their wacky night at the party. Frank isn’t too happy when he learns Blake helped Chessani and Osip push him out of his stake in the rail deal. How angry? FRANK SMASH! He breaks the card table he’s sitting at. It’s more funny looking than intense to be honest. While this is going on, Bezzerides tries to convince her sister to leave town. Also, after receiving the blackmail photos, Woodrugh is taking Emily out of town to protect her. Someone called and told her to ask Paul about the pictures. At one point Woodrugh exclaims, “I’m just trying to be a good man.” Emily replies, “You don’t try right.” Replace the word “man” with “show” and that can sum up this entire season. Woodrugh leaves Emily and his mom at a motel to hide…and bond. Probably not a good idea with how creepy his mom is.

Bezzerides returns to the motel to speak to Vera. But Vera doesn’t act like a woman who has just been saved from a world of sexual abuse and torture. She’s actually quite mad that Bezzerides took her out of the party. When Bezzerides shows her the photos Vera’s sister received, Vera claims that she didn’t take them. A girl named Tasha did. We heard about the escort, Tasha, a few times early in the season. She is a prostitute, who was apparently close to Caspere. She seems like she would be a good person to talk to. It’s a shame that some time ago, Tony Chessani led her to a cabin into the woods and she was never seen again. It seems likely that it was her blood that was spattered about in that torture shed Bezzerides and Woodrugh found a few episodes back. She had the intention of blackmailing Caspere with her knowledge of the blue diamonds. Vera’s sister shows up at the motel, but before that, Bezzerides learns one more piece of useful information. One of the women in the photos taken at a hooker party was named, Laura. Hmm, does she look a bit familiar? More on that in a bit because right now Woodrugh is reading some more documents! Velcoro is meeting Davis to update her on the new information. He gets in her car, but she sure looks dead. Yup, she is in fact dead.

Frank finally confronts Blake after suspecting him of being shady throughout the entire season. We learn that Frank’s murdered associate Stan was actually tailing Blake at the time of his death. To get things moving, Frank breaks a glass over Blake’s head and slams him against the wall. It’s all the usual “tell me what you know” abuse. Blake confesses that he killed Stan and that Osip is looking to run Frank out of town and take over all his holdings and status in Vinci. In fact, Osip has already bought all of Frank’s people. Everyone except his crazy bodyguard, Nails. But, according to Blake, nobody knows who killed Caspere. Caspere was always planning on ripping Frank off in the rail deal. At this point Blake is desperate to not end this conversation dead. He tells of an upcoming meeting between McCandless and Osip, which Frank seems quite interested in. It also turns out that Blake was the one who offered up the meth head Velcoro killed years back thinking he raped his wife. But the guy was apparently just a druggy Blake offered up to win Velcoro’s allegiance and impress Frank. Thank you, Blake. Here’s a bullet to the gut for your troubles.

After finally having some idea what is going on, Frank begins to make some arrangements. He tells Jordan and Nails about the situation while Blake’s body still lies on his office floor. Afterwards, Frank runs around town calling in favors and spending whatever money he has. He exchanges cash for diamonds. He then buys a trip to South America. Then he requests a clean passport and some modified cars. What are you planning, Frank?

It’s now Bezzerides’ turn to send her loved ones to safety. She grills her father again on the old photo with Chessani, Caspere and co. But he claims that he didn’t really know them. She reveals to him that she can now remember the face of the man who abused her as a child. They get all emotional, which is rare for Bezzerides. Her old partner, Detective Ilinca, shows up to help dear old dad and the sister get away. They make amends before they leave.

Back at the detective motel room, Bezzerides, Velcoro, and Woodrugh have a productive brainstorming session. Velcoro thinks he has probably been framed for Davis’ murder. So add that to the fact that Bezzerides is wanted for questioning in connection to that security guard’s murder, and the group is going to have to lay even lower than they already were. But as the detectives hash out their findings, it turns out they actually know quite a bit. So it seems that Holloway, Burris, Caspere, and dead Dixon were all involved in the jewelry store heist in 1992. Using that money they paid the mayor for big time positions in the Vinci power structure. Except it would seem drunkard Dixon was edged out. That’s why he was a lowly detective and also why he spied on everyone. He tried to find something important enough to win him a place back in with the big wigs. Or even more likely, he was trying to get leverage on the men who scorned him. But that would explain why he was looking for the blue diamonds. Those were big time clues from the heist.

The detectives also think back to the Vinci massacre and what kind of role that played. Ledo Amarilla, the suspect that led the shooting, had a connection to Burris. He was arrested by him years back and released with no notes describing what they had talked about. So he was likely under the impression his role in this whole thing was going to be different. Maybe Holloway and Burris killed Caspere to keep their secrets, but the murder opened this whole investigation. So why would they want people to start digging into Caspere and his past? That doesn’t quite add up. 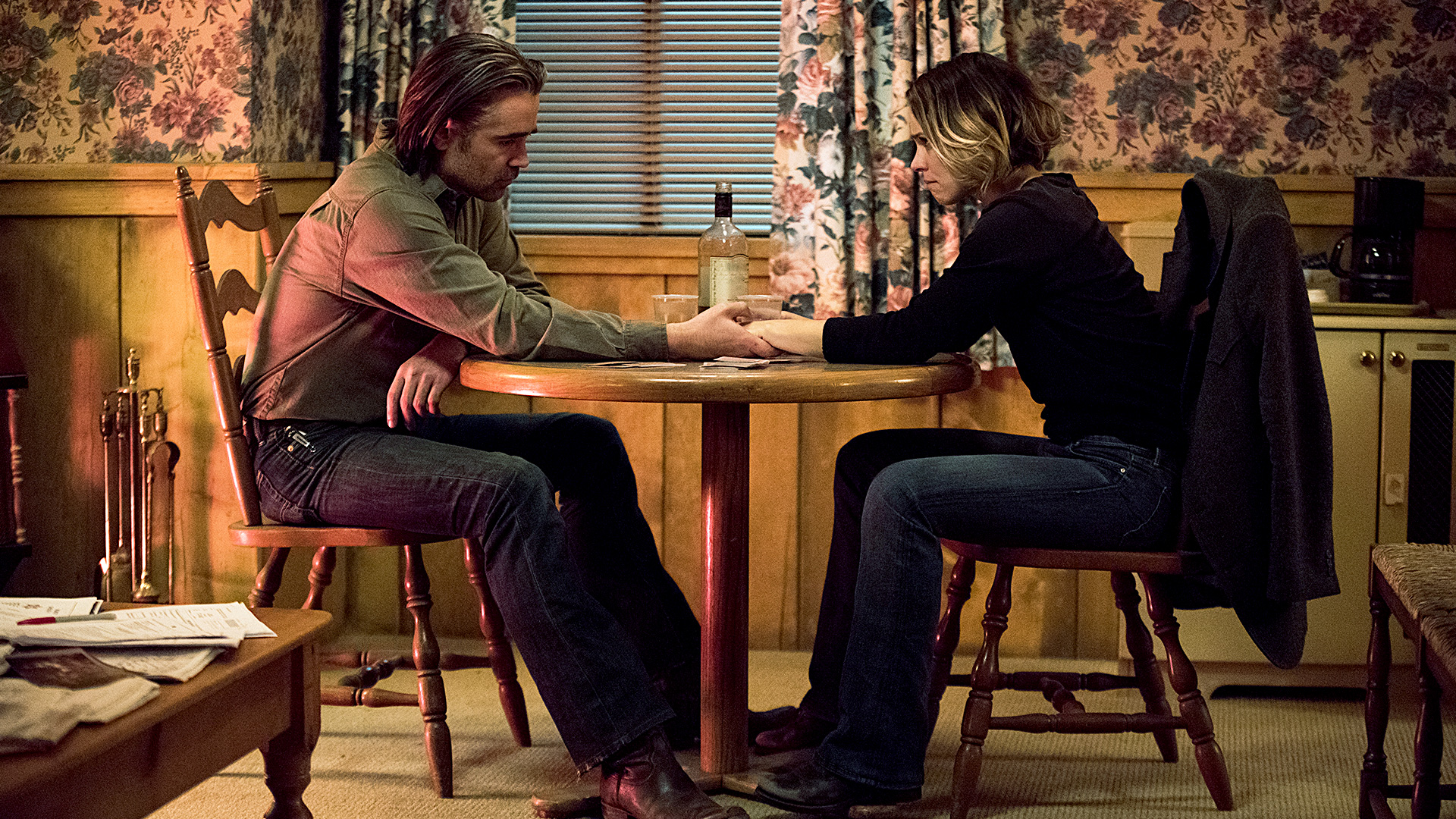 The last several minutes of the episode had three rather intense storylines playing out at the same time. Firstly, Frank was setting the start of his plan in motion. An unsurprisingly drunk Mayor Chessani was hanging out at the poker room bar. When Frank goes to speak to him, we get the usual bravado about how powerful the mayor is and blah, blah, blah. But Frank spills the beans that the mayor’s son, Tony, is planning a coupe for the mayoral seat with a new player in town, Osip. And wouldn’t you know it; Osip is in the next room. Osip breaks the news that he now runs the show regarding the poker room and club. Frank can stay on managing the day to day if he wants. Frank plays along because we know he has other plans. Later, he evacuates the casino claiming there is a gas leak. He then proceeds to blow up the building. He does the same over at the club. So Osip now owns two piles of ashes. Well played, Frank.

At the motel, Woodrugh leaves to meet the person blackmailing him. So Bezzerides and Velcoro continue spit-balling about the case. Looking at the photos, Bezzerides mentions that Vera said one girl was named Laura. Velcoro recognizes her as Caspere’s secretary, Erica, who we met way back in episode one. They find out she quit her job and moved, so it won’t be so easy to find her. But wait, isn’t Laura the name of one of the children that witnessed their parents get killed in the ’92 robbery? Yes, yes it is. Well that’s enough work for today. What should our two detectives do for the rest of the night? They begin by talking about the possibility of making it out of this case alive. Then they move on to some moments from their past. But really this whole scene takes place in sexual tension city. Eventually they succumb and get busy.

Now while this is going on, Woodrugh meets his blackmailer. Miguel is waiting for him. He escorts him down into the dark tunnels that run below Vinci. Holloway is there with a group of military contractors. He wants the stolen documents from the hooker party. Woodrugh claims he’ll give them back and sell out Velcoro and Bezzerides without a second thought. He’s probably lying about that, but he’s trying to escape. In another example of Woodrugh’s superior battle skills, he maneuvers behind Holloway and takes him as a brief hostage. With no cell phone service deep in the tunnels, Woodrugh is on his own. He beats down Holloway and runs. But then as he is tracked, he proceeds to pick off all his pursuers one by one. That includes Miguel, who is killed by friendly fire while Woodrugh uses him as a human shield. Well that was stressful. Paul escapes from the tunnels just in the nick of time to get ambushed by Burris and shot in the back. Paul tries to reach his gun, but a second shot kills him. We see the blood, so he’s actually dead. It’s not like Velcoro earlier in the season. Back in her motel room, Emily begins to cry. Whether it’s the movie she’s watching or she senses what just happened, we don’t know. But the episode ends with one big ol’ bummer.

Of course the character that dies is the one with a pregnant fiancé. But with how this whole situation has played out, I expect more characters will bite the dust in next week’s finale. Also it’s a 90-minute episode, which I’m not so sure I can handle. The end is near True Detective fans!