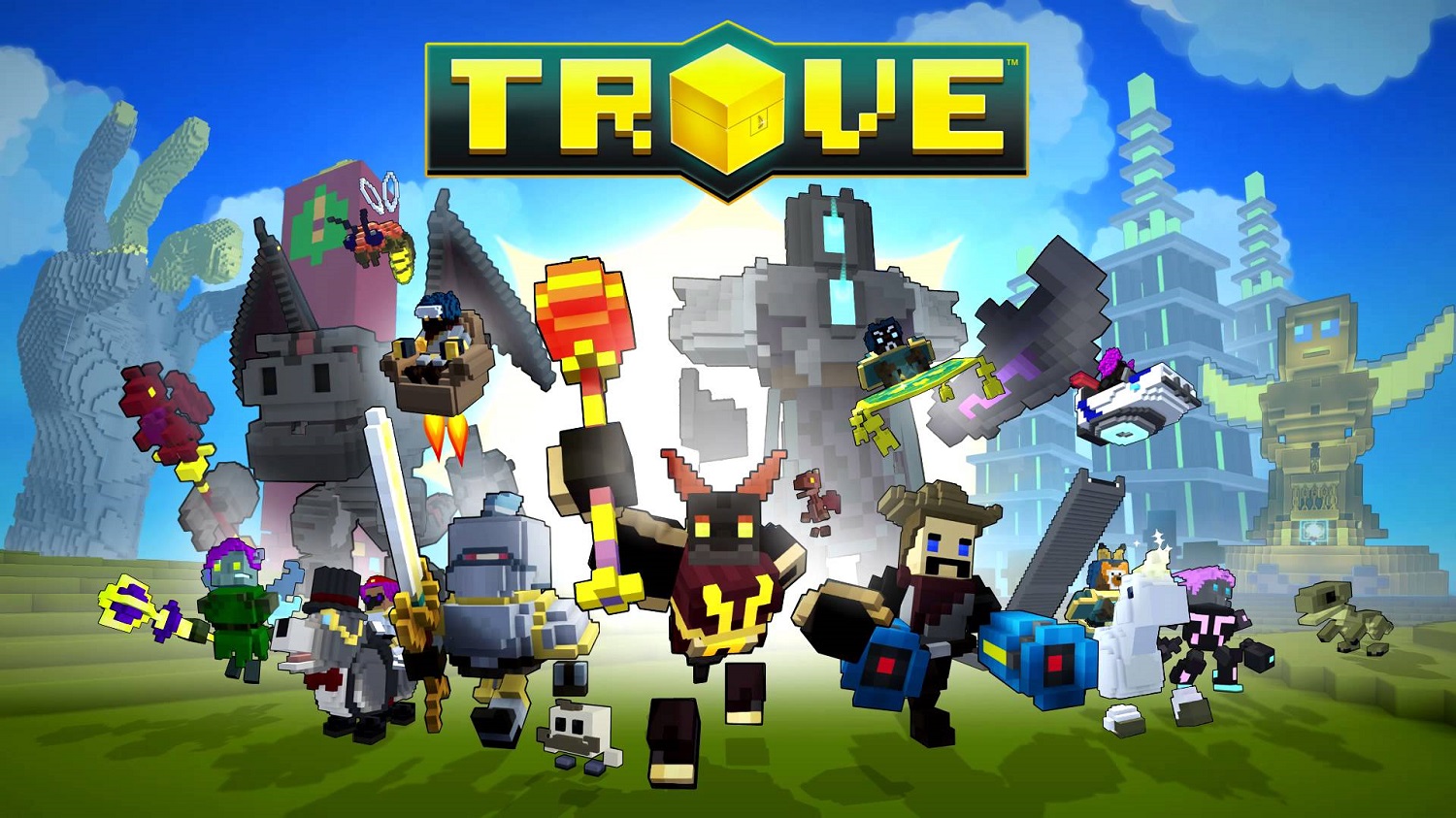 Being Square Never Felt so Good

Voxel games haven’t had very much time in the spotlight, but they are doing their best to make an impact in the gaming community from their initial inception. Ever since the astounding success of Minecraft, which captivated gamers of all ages, other games of similar themes have been attempting to climb out of the depths and add their own spin on what has made this franchise so popular. There are ones that have taken the shooter route and ones that have gone the 2D side-scrolling path such as Terraria. I give credit where it’s due and while some of these games do hold their own in the ranks, I’m going to have to say that Trove is about to steal the show. As an avid lover of all things magic, Trove’s pixelated glory fuels an RPG player’s desire to battle monsters, blow things up, collect awesome loot, and build until your heart is content.

No current generation games come without a few bugs, glitches, or the ever daunting long wait queue to get on the server, so don’t take the positive praising as certification of a perfect game. There are plenty of flaws of varying magnitudes but from my experience it doesn’t dampen the overall fun the game provides. Who doesn’t like wielding weapons or going on adventures with friends? Maybe build a “cornerstone” which is your own unique home base that you can transport between realms as long as there’s an available signpost to snag. How about crafting enchanted items to aid you in battle or whimsical décor to add to your home base? Whatever the reason, there are many fun facets to this game that are definitely worth the gaming community’s attention.

What is Trove Exactly?

Here’s the lowdown: Trove was launched on July 9th, 2015 by Trion (creators of games like Rift and Defiance) and has become an RPG that is just plain fun to play with a supportive community to back it. Aside from being an epic cubed playground, this voxel based MMORPG is free-to-play and best of all it is fully loaded with over a thousand different submissions of player created content that range from bosses and weapons to dungeons (creator credits are given in the item summaries). As with any RPG, the thrill comes from the knowledge that the world is your oyster and you can go anywhere and do anything you want. Though at times there are a few obstacles like large hordes of enemies, lack of proper gear, or the wonderful scroll compass that can go a little haywire at times and confuses your sense of direction, it doesn’t dampen the overall fun aspect the gameplay provides. 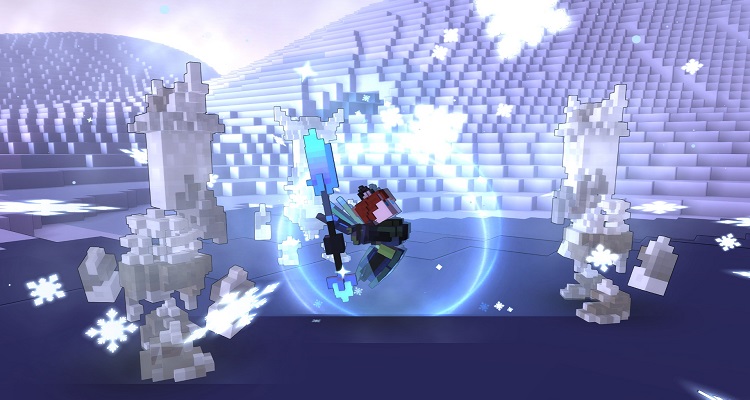 You’re able to choose from a growing list of classes ranging from Ice Sage, Shadow Hunter, and even a crazy class known as Neon Ninja (that’s right folks). Each has their own set of primary and secondary abilities that when coupled with weapons and stat boosting items, make for a powerful character. Depending on the type of player you wish to be, you can customize your character to become a destroyer of dungeons or the next great architect. Now, some of us are lone wolves when scouring these digital lands, but Trove makes the idea of partying up not only easy but beneficial in the long run. When you want to take down bigger bosses and take home better treasures, finding a group of people to raid with isn’t too hard since, after a certain level, most players are looking for the same thing. Each player also automatically becomes part of a party once they come within range of other players, which increases your payout and eliminates wait time that would’ve been spent queuing/looking for a party. 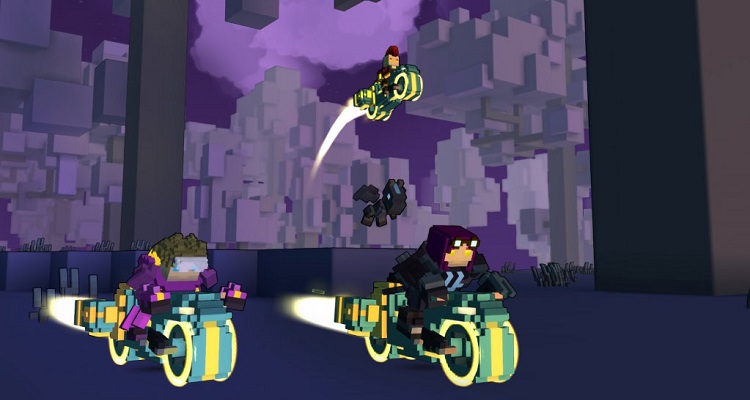 Where are all my fellow hoarders out there? Can I get a (insert Zelda opening chest sound)? Item drops happen relatively often, even from the low-grade minions that aren’t in dungeons or lairs. My initial desire, as a certified wares addict, was to keep all of them and have a billion chests filled to the brim with magical gear. Tempting us with the chance to craft stronger gear, you can put the excess loot into a crate that breaks them down into crafting materials to be used as you wish. If you want faster mounts, more inventory space in chests, added classes etc. then you’ll either have to play for a while to earn credits or purchase them via the store with actual money. In my opinion, when you step into the free-to-play realm there are a lot of factors you must take into account that will help you be more aware of the situation as a whole. It costs absolutely no money out of your pocket to download the game and get started. There are even a few perks that incentivize players to keep going such as daily free chests that provide you with random, yet useful, items.

There does come a point in the game where you have to choose which type of free to play gamer you’re going to be. One that instantly wants the best gear by purchasing it or one that wants to earn their gear knowing they will take a lot of defeats along the way. Not saying one way is better than the other as it really depends on you, the gamer. Overall the gaming experience is what you make out of it, whether you paid $60 for it or nothing at all. Being one of the new kids on the block, Trove still has some steps to take before they can be branded one of the top dogs of the crafting gamer phase, but don’t completely write this one off the list yet because there’s definitely a lot of good things being generated block by block.

Though just now dipping her toes into journalism, Candice has always been immersed in various things of geeky nature so she enjoys any chance to express and hear views on the culture. Other than spending most of her time trying to make her dream of going to Hogwarts a reality, she also enjoys wine and music from all over the world, especially Korea.