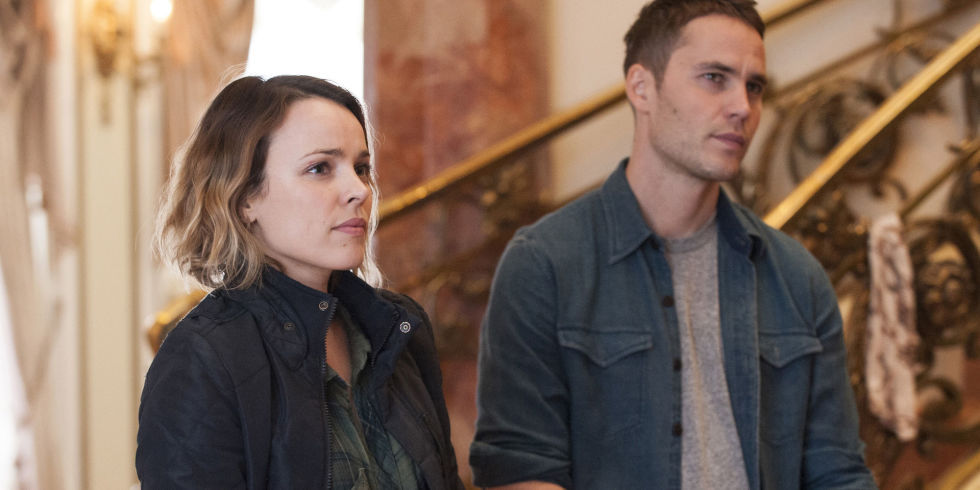 So, long story short, not dead. The unthinkable cliff-hanger last week, with Ray Velcoro taking two shotgun blasts to the chest, had us all reeling about what this could mean for the rest of the True Detective season. But it turns out he was shot with riot shells meant to seriously slow you down in a non-fatal way. Why would this creepy potential murderer in a raven mask not kill Velcoro? We don’t know. Maybe they need him alive for some reason. Let’s take a look at this week’s episode of True Detective, titled “Maybe Tomorrow,” in full.

The episode begins with Velcoro sitting in his familiar bar booth with an Elvis impersonator performing in the background. Honestly, as this scene happened I wondered if I was hallucinating from eating a combination of bad pizza and Spider-Man fruit snacks. Turns out, those two foods don’t cause hallucinations and that scene was actually happening on my television. Velcoro talks with his father before noticing his wounds from the shot gun. He wakes up in the house he was shot in to find that the wounds were non-lethal and the song from his dream is playing on the radio. The house looks exactly as it did, except the camera and hard-drive from the hidden room are gone. He calls in Detective Bezzerides.

Elsewhere, Frank Semyon is having trouble performing at a fertility clinic. In fact he has trouble with lots of things this episode. He is stressed from the death of Ben Caspere and the disappearance of his money. He’s having trouble accepting that he and his wife are trying in vitro fertilization to have a baby. Plus business isn’t particularly strong at the moment. In order to try and recoup some loses; he strong-arms a past associate for regular payment in return for his services. A new potential partner we saw in the season premiere, Osip, reveals he is pulling out of a deal now. Frank wonders if he may have murdered Caspere. Oh and just to make matters worse, one of Frank’s guys has been killed.

Frank takes it upon himself to push the Caspere investigation forward since he now seems to be a target. At a nightclub, he meets with his allies and questions them about the goings on. He’s looking for more information on Caspere, who was a regular with prostitutes. One former employee of Frank’s, Santos, now runs the club and gets a bit froggy. So Frank fights him to prove he still runs the show. From the second we saw last episode that Santos has a golden grill on his teeth with the words “F*** You” written on them, I suspected that might come up in True Detective conversation. And it does, in the form of Frank ripping them out of Santos’ mouth with pliers. Frank ends the night throwing them in the trash at his house, not quite ready to apologize to his wife for an earlier fight. 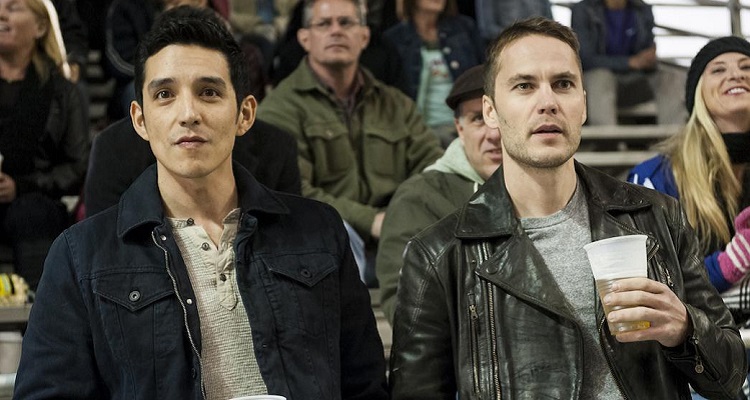 Paul Woodrugh is still yet to find a foothold in this story. We’re slowly learning more about him, but his impact on the case is minimal. This week he spends some downtime at a dirt bike race with a military buddy. Woodrugh gets defensive when the conversation turns to attending psychiatric meetings and remembering the bad things he witnessed. But it turns out Woodrugh and the friend were more than brothers in arms, they actually had a romantic fling at one point. Woodrugh definitely doesn’t want to talk about this and he shoves the guy to the ground and walks off. We see from afar, a shady Vinci detective we’ve met several times is watching and he snaps a photo of the scene. Later, Woodrugh questions some prostitutes on the streets about Caspere. He pays a male escort to get him into a bar, which happens to be the one where Frank is when he beat down grill-face. Frank and Woodrugh literally bump into each other and give a once over, but they don’t speak. One male prostitute Woodrugh questions does recognize Caspere from a photo.

Velcoro and Bezzerides are actually pretty successful in their detective work this week. Since the show is called True Detective, that’s kind of important. Early after his return from the dead, Velcoro meets with Frank at the bar and attempts to figure out if Frank was behind the ambush or who might have known about the house. He doesn’t learn much, but Frank tells him all about the broken rail deal. Also Velcoro drinks water instead of alcohol, which is quite a character change from the previous two episodes. After Velcoro leaves, the waitress asks Frank what happened to Velcoro. The response is a good one. “Somebody murdered him.”

While Velcoro dealt with his mortality, Bezzerides and Woodrugh visit the Vinci mayor’s mansion, which is located outside of the city. The mayor’s young wife is messed up on some combination of drugs and/or alcohol. His daughter ignores them and the son is creepy and speaks with a fake accent. The detectives leave without learning too much, but the mayor is furious and wants Bezzerides fired for going to his home. During a meeting of the Vinci brain trust, Velcoro tries to get taken off the case. But he’s forced to stay on. Bezzerides’ meeting with the state and county officials has her getting pushed even more to find out Velcoro’s motives. It’s even suggested that she seduce him.

There are some more personal developments shown this week too. Bezzerides breaks up with her kind-of boyfriend in an awkward exchange. Velcoro stops by his retired cop dad’s house to deliver him some weed. They talk about the good ol’ days of police work and such. Could this be Velcoro trying to put his priorities in order now that he’s survived that near death experience? It’s possible because when his ex shows up to his house with $10,000 to not contest the impending custody battle for their son, he turns her away. She also breaks the news that she was visited by police officers asking about Velcoro and any potentially corrupt dealings.

In Caspere’s safety deposit box, the detectives find some LLC documents and blue diamonds. Could they be important? Who really knows at this point? It’s also learned that the victim bankrolled some movies. So Bezzerides and Velcoro visit the set of one of these movies. There may be more to this scene than how it pertains to the plot. But we learn that a car was stolen from that set recently. The detectives visit a former employee to see if he was involved in the theft, but just then a fire sparks around the corner. A masked man (not the raven mask this time) lit the stolen car on fire and starts running. The detectives follow him on foot but he escapes across a highway. Velcoro pulls Bezzerides out of the way of an oncoming truck just in time. Using this sliver of good will, Velcoro asks his partner what information the state has on him. She says she doesn’t know.

I think this third episode of True Detective shows a lot of promise for the rest of this season. The small bits of information are actually leading to developments in the case and we are really starting to learn who these characters are. It’s like the show took a shot gun shell to the chest and now realizes they have to give the audience some information before it’s too late. Like Velcoro, my patience may be wounded, but I’m still going to see this story through.