The iTunes 99 Cent Movie Rental Of The Week: The Imitation Game 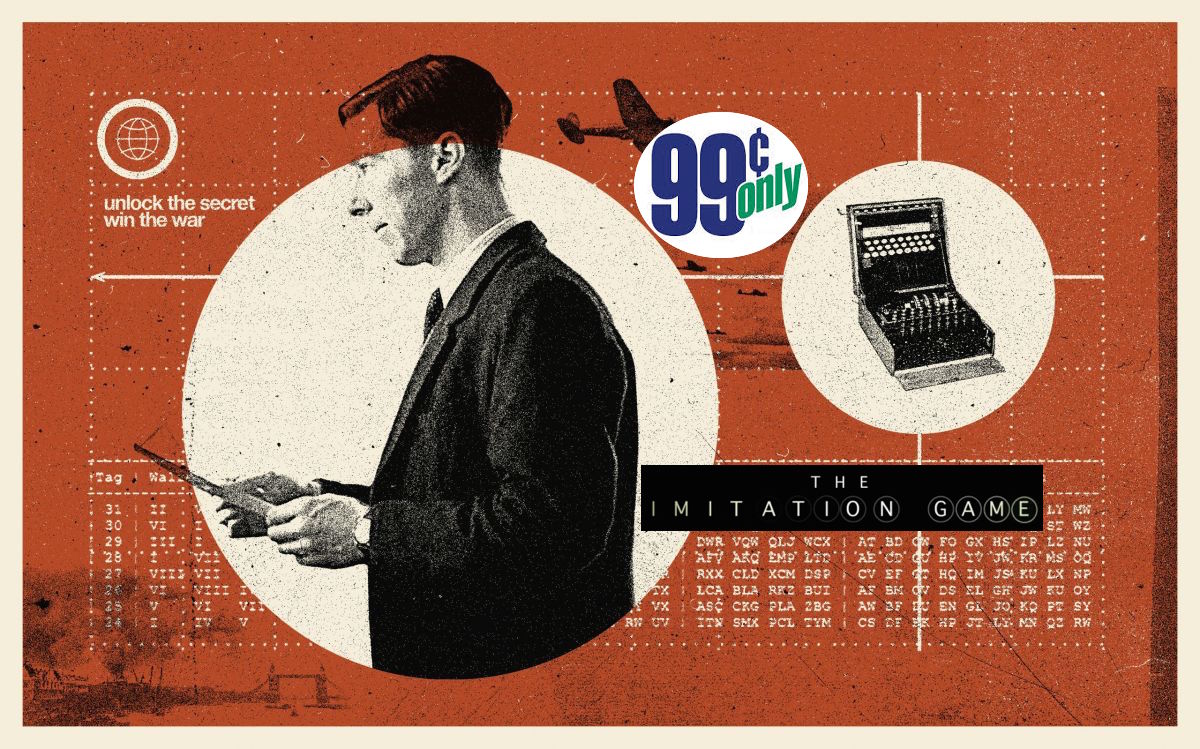 This week, iTunes brings us Morten Tyldum’s espionage thriller, The Imitation Game, based on the true story of history’s greatest codebreaker, Alan Turing.

I find it odd that there are still people who have no idea who Alan Turing is. After all, he kind of invented computers…and there’s the little matter of breaking the German Enigma code during World War II (basically handing the Allied forces a great big win). Winston Churchill claimed that Turing, “made the single greatest contribution to the Allied victory.” Still, Turing’s name and story have remained little known in the decades since the war. That brings us to The Imitation Game. Based on Alex Hodges’ 1983 novel, Morten Tyldum’s film has all the makings of a stellarly British drama, but somehow manages to shortchange the enigmatic (haha) life and mind of a true genius.

The Imitation Game picks up with Mr. Turing a few years after the war when his life began to unravel. Arrested for indecency (suspected of homosexual activity…then illegal in Great Britain), Mr. Turing is being interrogated by a clever-but-brutish detective who is suspicious of Turing’s government ties. Always the smartest man in the room, Turing can sense what the detective is after. As a lark, Turing decides to tell the detective the most spellbinding story he can…the true one.

And what a story it is.

Leaning heavily on a mostly terrific performance from Benedict (Khaaaaaaan!!!!!) Cumberbatch, The Imitation Game focuses on Turing’s time breaking the German code. Playing Turing somewhere between Sheldon from The Big Bang Theory and a full on Aspergers case, Cumberbatch’s Turing fumbles his way into Bletchley Park’s Codebreaking center based purely on intellect and bravado. His interview with a perfectly croggy Charles Dance is one of the highlights of the film and leads giddily into the film’s world of secrets, lies, and spies. Setting his sights on solving “the most difficult problem in the world, Enigma,” Alan is initially at odds with his codebreaking comrades. Following the guidance from his intellectual equal and most unfortunate love interest, Joan Clarke (the luminous Keira Knightley), Alan finds a common ground with his team as they build his Enigma-breaking machine and save the bloody world. 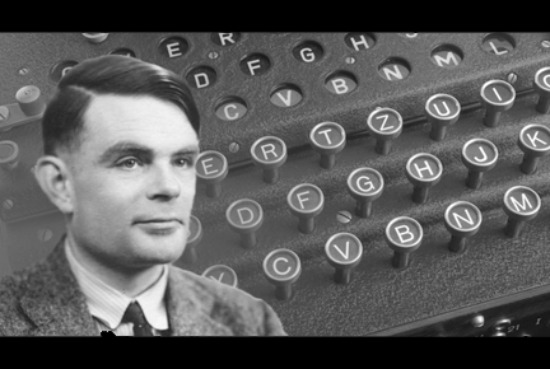 If it all sounds too heroic, don’t worry, ’cause it’s not. Not exactly. Though The Imitation Game mainly focuses on Alan Turing’s widely unsung wartime heroics, he quite literally changed the course of human history. Turing’s personal life was another story. It’s here that Graham Moore’s (inexplicably Oscar-Winning) screenplay for The Imitation Game misses the mark. The life of a genius is often one of duality, and Turing’s life was no different.

Yes, Alan Turing was a homosexual. Understanding his sexual preferences at a young age, Alan learned first hand the trouble he would find if his secret was found out. Told in just a couple of flashback scenes in the film, it’s these moments in his youth, when the seeds of fear are firmly implanted, that The Imitation Game really finds its soul. Played with uncommon depth by newcomer Alex Lawther, Young Alan falls for his schoolmate Christopher Morcom. When tragedy strikes and their secret is all but found out by their school’s Headmaster, Alan almost uncoils as the Headmaster asks a simple question about their friendship. It’s a brilliant, brutal scene with Lawther’s mannerisms swiftly switching from confusion to fear to rage as he realizes how easily he could be undone. Deny, deny, deny becomes the mantra for the real Turing machine, who would spend much of his life covering up his one big secret, even as the burden of bigger secrets took hold.

The Real  Life Of A Spy

Sadly, there’s not enough of this burning emotion in The Imitation Game. Lost in Moore’s desperately unfocused script is the true tragedy of Turing’s life, his post-war years. Continuing to trade secrets for the government while working on his computing machines (laying the groundwork for modern computers), Turing was eventually convicted of indecency for homosexual acts. The inhumane penalty for the crime was a choice between jail or chemical castration. Turing’s choice in the matter is desperate and devastating. Despair and depression would lead a 41 year old Turing (fascinated with Snow White from an early age) to commit suicide by eating an apple soaked with cyanide. His tragic later years and untimely demise are only glimpsed at in The Imitation Game, and lead you to the feeling that you’ve watched only half of a life.

While The Imitation Game should be applauded for embracing the facts of Turing’s sexual orientation, the personal side of the story never quite satisfies as Moore’s script finally plunges headlong into almost action movie tropes. A much smoother, simmering approach would suit the material better, but Moore and Director Tyldum never trust that viewers will embrace a story of a tortured genius. Instead, they spend 3/4 of the film trying to make Turing into John McClane. Their method doesn’t work and it nearly sinks Cumberbatch’s stellar performance. I called that performance “mostly terrific” earlier and I stand by that as Cumberbatch lets his performance wander off into “showy” territory. He’s a wonderful actor when he keeps his emotions simmering just below the surface (like he did to magnificent effect in Tinker Tailor Soldier Spy a couple of years ago). He overplays his part a little too often in The Imitation Game, almost completely overshadowing the film…not to mention the legacy of Turing himself and the solid supporting work from Knightley, Matthew Goode and Mark Strong. 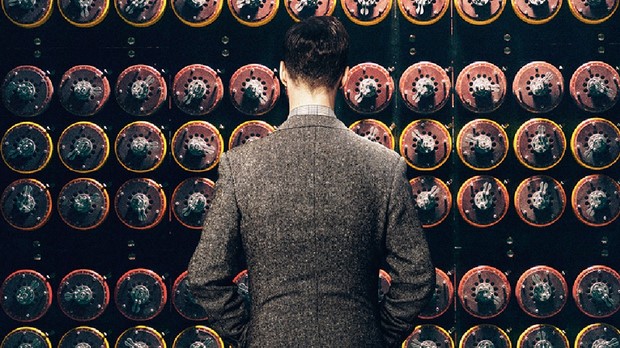 I saw The Imitation Game a few months ago when it was in theaters and was pretty disappointed then. Quite frankly, I was annoyed that I had to watch it again for this review. On second screening, I found I still have the same problems with The Imitation Game, so no, I cannot recommend you spend your $0.99 on it this week. There are flashes of brilliance, and you have to admire the intent to shine a light on such a unique subject, but there’s just not enough substance to keep you engaged. In the end, The Imitation Game’s shoddy script all but refuses to dwell on or inside the beautiful mind of this tortured hero.

If you are genuinely interested in Turing, there’s a documentary called The Phoney War of Alan Turing (2014) that is well worth your time. If spies are your thing, you could do a lot worse than checking out Tinker Tailor Soldier Spy (2011) or have some more Enigma fun with Michael Apted‘s wonderful film Enigma (2001).

See you next week, kids.

5 Must-Have Apps for Your Smarphone