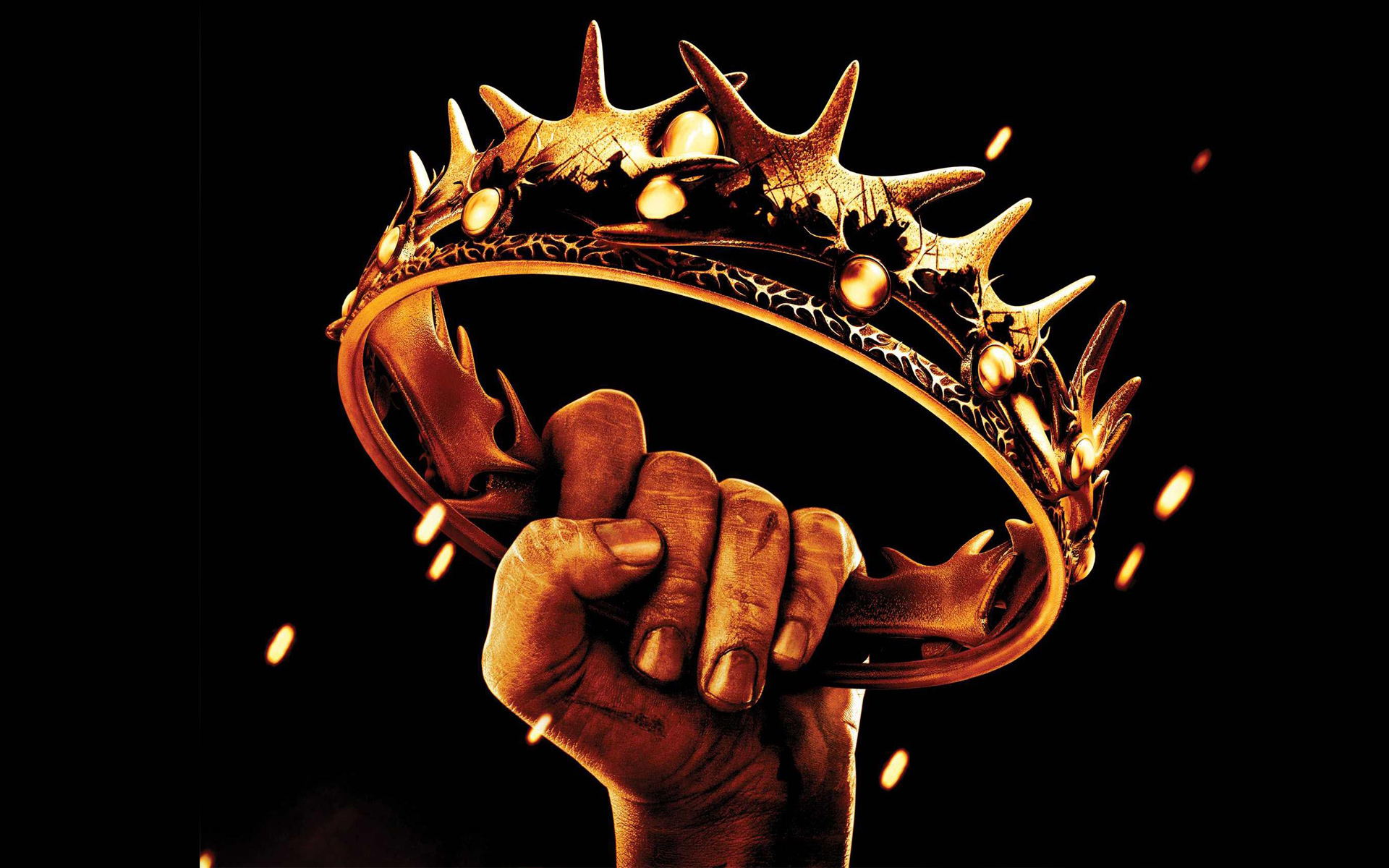 Like a good horror movie, Game of Thrones has become as critically renown for its tight writing and unpredictable plot twists as its crazy-good death scenes. In honor of the show’s upcoming fifth season, join us as we count down the five most memorable death scenes (thus far!) in Game of Thrones.

From the moment he traded his younger sister Daenerys to Dothraki lord Khal Drogo in exchange for an army that would help him reclaim the Iron Throne, it was pretty clear that no one would shed a tear for Viserys if (and when) he died. In addition to selling Dany off for selfish reasons, he often belittled her as well as her new-found people and voiced his impatience for Drogo to uphold his end of the bargain so that he might finally get his crown. Eventually, Drogo would give him a crown: a nice, hot vat of molten gold poured over his head while he was still alive.

Although Dany met and married Drogo under less-than-desirable circumstances, the two bonded and developed a deep respect—not to mention a deep affection—for each other. Sadly, all of Dany’s pleading couldn’t change the slaving ways of the Dothraki, and one slave taken, a healing woman practiced in the dark arts named Mirri Maz Duur, took advantage of an infected wound that the Khal sustained to avenge her people. A sort of “blood magic” that Duur performed at Dany’s behest in an attempt to save Drogo’s life came at the cost of Dany and Drogo’s unborn son’s life and left Drogo in a state of permanent vegetation. In order to end his suffering, Dany suffocated him with a pillow. Once Duur admitted the deed, Dany had Duur tied to Drogo’s funeral pyre and burned alive along with the body of her dead beloved.

Perhaps the most hated character in the show’s four seasons, Joffrey displayed sadistic tendencies upon introduction. In an act of revenge for a bite sustained while bullying his bethrothed Sansa Stark’s little sister Arya’s friend Mycah, Joffrey orders his guard Sandor “the Hound” Clegane to kill Mycah. The lies that he tells his parents King Robert and Queen Cersei also result in the death of Sansa’s wolf Lady. Throughout the course of the show, it became apparent that Joffrey enjoyed tormenting his subjects in the cruelest manners imaginable, especially Sansa herself. His cruelty ended when he took a sip of poisoned wine at his wedding feast; the purple hue that his face took upon death has earned the event the nicknamed “the Purple Wedding.”

“The Purple Wedding” is a play on “the Red Wedding,” an event forever seared into the minds of “Game of Thrones” fans due to its gory violence and unpredictability. The wedding, held at the Freys’ digs the Twins, united Catelyn Stark’s brother Edmure with one of Walder Frey’s hoard in an attempt to smooth things over with the head of the Frey family after Robb, who was betrothed to one of his granddaughters, ditched the engagement for Talisa. Sadly for the Starks, Frey turned out to be a bit of a grudge-holder, and he conspired with the Lannisters and Boltons, the Starks’ own bannermen, to feign a wedding in order to stage a massacre that would wipe out the heart of the Starks’ army. Catelyn, Robb, and Talisa—not to mention Robb and Talisa’s unborn child—all lost their lives as did Robb’s wolf Grey Wind. To further insult the Starks, the Freys beheaded both Robb and Grey Wind, sewed Grey Wind’s head onto Robb’s body, and paraded it around outside of the castle.

Although Game of Thrones plays host to a number of memorable scenes, none are so iconic as that of the death of Ned Stark. Throughout the first season, Ned acted as the show’s protagonist and moral compass in the sea of corruption that he would discover all around him. His unveiling of Joffrey, who took the throne after Robert died, as a bastard born from an incestuous union between Cersei and her twin brother Jaime, earned him a trip straight to the castle dungeon. It was there that, for the sake of his family’s safety, Ned would indulge his corrupted side, denounce himself as a traitor and liar, and pledge loyalty to Joffrey as Robert’s true heir. Sadly, his “confession” was for naught; Joffrey chose to behead him anyways, an event that set the show’s high standard for unpredictable plot twists and rattled deeply in the hearts of viewers as proof that, even in fiction, the good guys don’t always win.