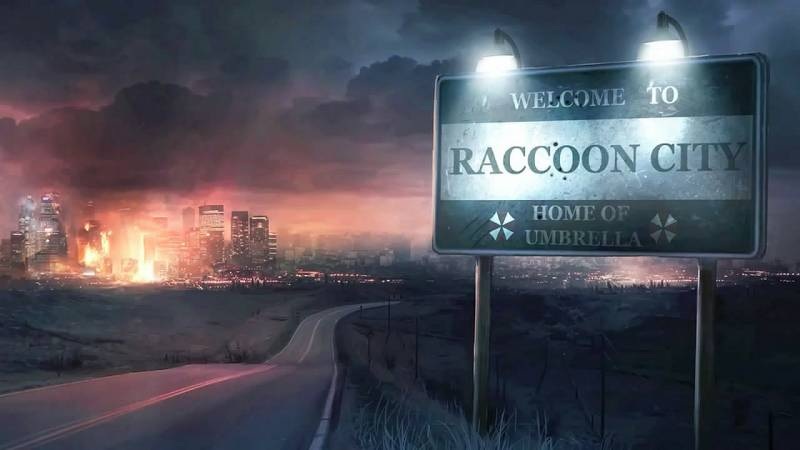 With the upcoming release of Resident Evil: Revelations 2, CAPCOM reintroduces Claire Redfield and Moira Burton, two characters who have been M.I.A. from the series for over a decade. Their triumphant return seems due mainly to fan demand for some familiar faces that aren’t those of series darlings Chris Redfield (Claire’s older brother), Jill Valentine, or Leon S. Kennedy. And in a franchise as rich in history and knee-deep in characters as Resident Evil, there are more than few other characters who could stand a second round in the spotlight. Join us as we count down the top five Resident Evil characters whom we’d love to see make a comeback:

A child genius who graduated from college with a degree in biochemistry at the age of 18, Rebecca first appeared in the original Resident Evil as a combat newbie acting as the field medic for S.T.A.R.S.’s Bravo team. During the course of the game, she aids team veteran Chris with healing, chemical mixing, and piano playing. The prequel to the original 1996 title, 2002’s Resident Evil 0, depicts the events leading up to the story in the original game in which Rebecca reluctantly tagteamed with convicted felon Billy Coen to survive long enough to make it to the mansion where she’d have to survive again. Although she’d made a few appearances since—most notably in 2007’s Resident Evil: the Umbrella Chronicles and 2011’s Resident Evil: the Mercenaries 3D—her whereabouts remain unknown. In our humble opinion, a resume as extensive as hers merits another look-over from writers of future Resident Evil installments who might be looking for some old blood to fuel a fresh title.

The Resident Evil saga has quite a few gaping holes in its history, but none gape quite so widely as the mystery surrounding what became of the reckless, hotheaded youth Steve Burnside. First introduced in 2000’s Resident Evil: CODE Veronica (which was rereleased in 2001 with additional content under the name Resident Evil: CODE Veronica X), Steve stood out as both a tragic figure and your average teenage boy trying to act tough to impress the pretty girls. When he wasn’t busy macking on (not to mention saving) Claire, he was lamenting the betrayal of his father and death of his mother. It seemed all hope was lost for the youth when he was injected with the T-Veronica virus and he mutated into an enormous ax-wielding monster only to be skewered through the stomach, but then series villain Albert Wesker popped up claiming that he might one day be able to utilize the virus inside Steve to revive him. The reappearance of the virus in 2009’s Resident Evil: the Darkside Chronicles—which also confirmed that the virus gives its host regeneration properties—has us crossing our fingers as tightly as possible in hopes that Wesker was right.

Like Moira and Ada Wong before him (or her?), Alex Wesker was introduced to fans via a few background mentions in a file found in the Lost In Nightmares DLC for 2009’s Resident Evil 5. Alex, along with Wesker (who is pictured above), was one of thirteen children abducted and subjected to experiments to create a superior race of humans. Alex specialized in a sort of viro-alchemy, using viruses to try to affect immortality in humans, specifically his (or her) creator, Ozwell E. Spencer. Unfortunately for the dying Spencer, Alex mysteriously disappeared, taking with him (or her) all of the results from his (or her) experiments. It is thought that Alex could be the main villian of Resident Evil: Revelations 2, whom CAPCOM has revealed will be a little-known returning female character. But even if he (or she) isn’t, Alex could still prove an intriguing villain in a future Resident Evil title.

Ruthless and sly, Nicholai is one of the few villains of Resident Evil who doesn’t need virological enhancements to bring out his inner monster. As a member of Umbrella’s exclusive Operation Watchdog, Nicholai’s job was to infiltrate B.O.W.-infested Raccoon City under the guise of just another soldier and then record how Umbrella’s B.O.W.s performed in combat against hoards of seasoned soldiers. Seeing an opportunity to make a killing (literally), Nicholai sought out his fellow Watchdogs and killed them all until only he possessed the very valuable data that the entire operation had collected. He survived Raccoon City, escaping via a stolen chopper, but his whereabouts post-Raccoon remain unknown. It isn’t even known if he successfully bribed Umbrella as he intended. His psychopathic tendencies and experience with the now-defunct Umbrella make him a character more than worth exploring in future titles.

Like Rebecca, Barry was first introduced in (and has barely been seen since) the original 1996 Resident Evil. A huge gun enthusiast, Barry helped out Jill from time to time with advice about weapons and saved her life more than once. His enormous heart showed most when he spoke of his family (which included his daughter, Moira), whom Wesker threatened to harm unless he helped him betray Chris, Jill, and the rest of the members of S.T.A.R.S.. Thankfully, the joint effort of the remaining members, including Barry himself, put a stop to Wesker’s plot and delivered the Burton family from impending harm. The only thing known about Barry post-original Resident Evil is that he rescued Jill and her pal Carlos Oliveira from Raccoon City and he reluctantly left his family to join the S.T.A.R.S. mobilization against Umbrella, much to the dismay of his wife and daughters. Rumors concerning Resident Evil: Revelations 2–a game that will focus on “familial ties”–state that the long-absent family man will indeed make his big comeback in the game, perhaps even as a playable character. Thus far, the only official word that CAPCOM has released implies that we’ll at least learn what became of him. Until we know for sure, we’ll be wishing with all of our hearts that Papa Burton gets the playable scenario that he’s deserved since 1996.