Okay folks it’s time for another edition of F’d Up News. I’ve been absent recently due to some of my own personal f’d up news, but I’m back now and thought I’d lead the way with some articles I’ve collected during my hiatus.

Sit back, grab something good to drink, and marvel at the F’d Up world around us.

The Martians Have Landed 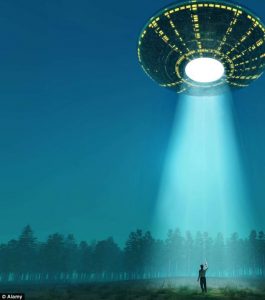 In what may or may not have been a bath salts fueled adventure, a Pennsylvania couple was arrested after thinking that fireflies were green lasers coming from aliens who were after them. The male portion fired his revolver in the air to scare away the aliens and ran to a nearby home where he asked the homeowner to call the cops. Our Space Force cadet broke a window before running to another neighbor’s home and after breaking another window at that residence, he was disarmed and he promptly asked if he could take a shower to get the “goo” off his body because it was burning his skin.

Wait… didn’t a bath get him in this mess in the first place? 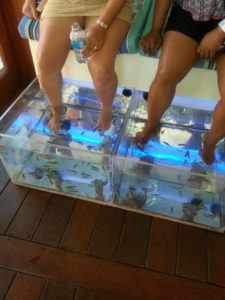 Ever had the notion to visit your local salon to get the dead skin eaten off of your toes by tiny fish? Well if you’re like me, then the answer is ‘no’ but if you do happen to treat yourself to this tilapia toe-tickling, you may want to check out this rare condition that some doctors think may be a direct result of piranha pedicures. Okay, yes I know the fish aren’t tilapia or piranha, but Garra Rufa just wasn’t as funny.

Onychomadesis (say that 5 times fast) is a condition that can result in your toenail(s) separating from your toes. Sometimes even months after you’ve had the procedure done, like this woman who didn’t suffer the ill side effects until 6 months after she had her fish pedicure. 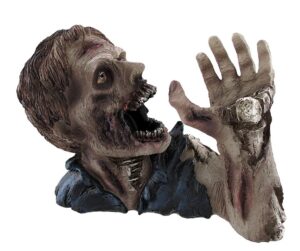 In what would later be found to be caused by necrotic flesh, a Russian man on a flight from Spain to the Netherlands had such an overpowering offensive odor that the flight was diverted and the man was removed in Portugal. The stench was so overwhelming that passengers were nauseous and allegedly began to faint, prompting the pilots to make the unscheduled landing.

The incident made headlines around the world, with many attributing it to the man’s lack of hygiene. However, the following day the man took to social media to defend himself and revealed that he had developed necrosis while on vacation in Spain and while he wouldn’t disclose the nature of how he contracted the disease, he did state that his health insurance had expired and he and his wife were in the country with no “money, consulate support and medical care.”

Unfortunately the gentleman’s condition was too far progressed and he passed away on June 25.

The same airline diverted another flight back in January due to a passenger that refused to stop farting. The flatulent fare was apparently confronted by two different men that asked him to stop befouling the air and when he continued, one of them tried to beat the stench out of him. When the pair ignored the captain’s warning to stop the brawl, they made an emergency landing where they were met with waiting police. 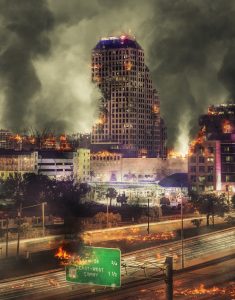 Five Florida teenagers recently set the interwebs afire with their YouTube posted antics as a man clearly struggled for his life in a nearby pond. Many viewers were appalled to see the inactions of the teens and their taunts of the man along with their morbid desire to record it only serving to add insult to injury. However, even more people were shocked to learn that the youths will face no charges in the matter as they are not required by Florida law to help or even call for help.

WTH is Wrong With Florida?

A Hawthorne, Florida man was arrested last month after he was sure that he had been sold fake meth. He said he had a bad reaction after attempting to smoke the substance and was so upset by this ripoff that he called his local police station to ask if they could test it for him – to which they readily acknowledged they would be happy to do. When the brainiac arrived with the questionable narcotic only to find that it did indeed test positive for meth, he was promptly arrested and charged with possession.

They’ll Make Anything Into a Robot 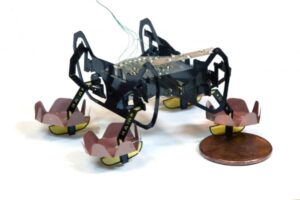 Harvard’s Ambulatory Microrobot, known as HAMR, a cockroach-sized robot, can walk on land, swim on the surface of water, and walk underwater for as long as necessary, leading the way for robots to explore heretofore unreachable locations. HAMR weighs 1.65 grams and can carry 1.44 grams of additional payload without sinking and can paddle its legs with a frequency up to 10 Hz. With a Parylene coating to keep it from shorting under water, “HAMR’s size is key to its performance,” said Neel Doshi, graduate student at SEAS and co-author of the paper. “If it were much bigger, it would be challenging to support the robot with surface tension and if it were much smaller, the robot might not be able to generate enough force to break it.”

Well my fellow Geeks, it’s an F’d up world out here and this week had a few winners. From bath salts to unabashed flatulence, if you make it in the news for an F’d up reason – expect to see yourself here. Until next time.. be Geek.