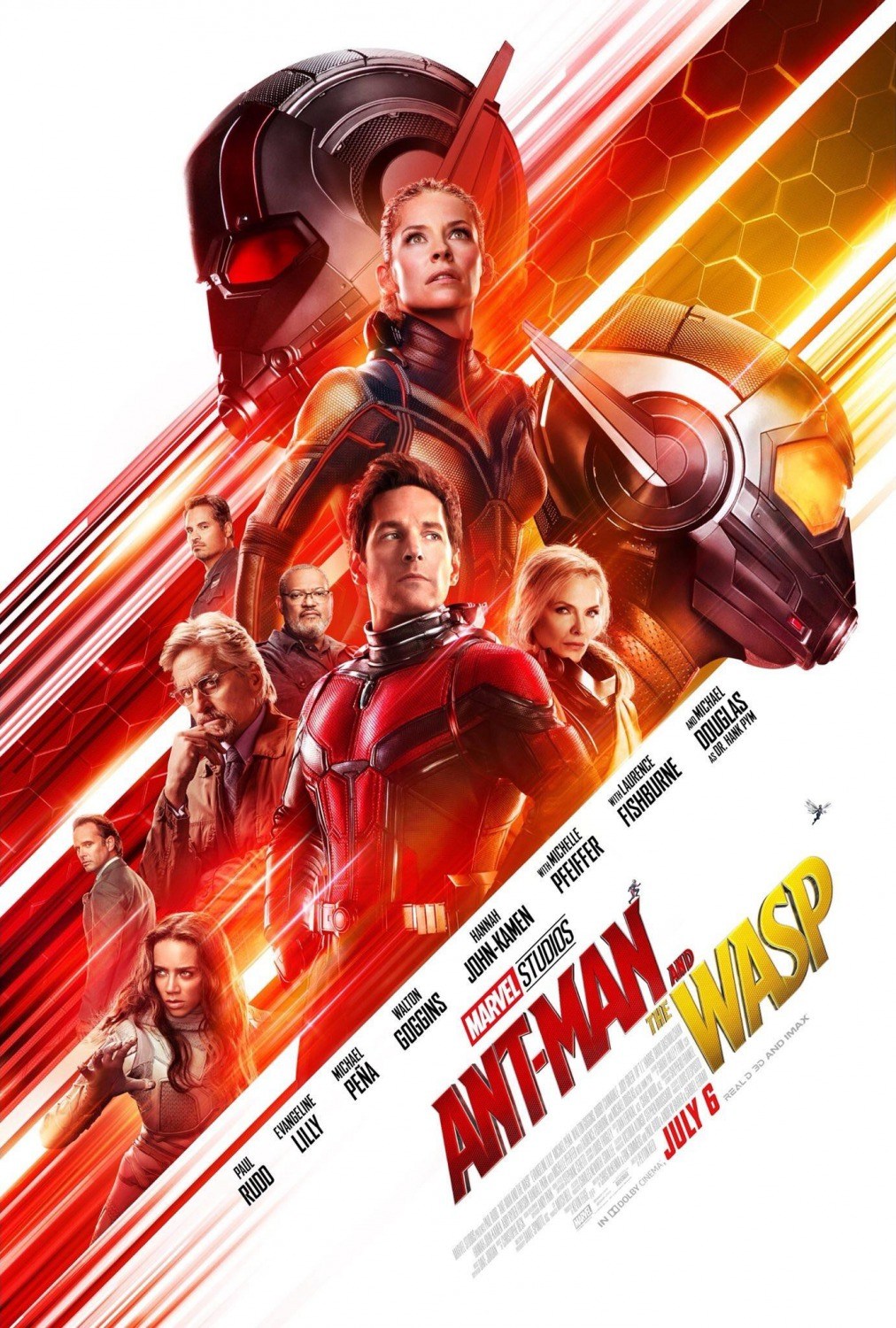 The diminutive duo hit the big screen in Marvel’s Ant-Man and the Wasp. If you want to see what all the buzz is about, check out the comics that inspired the movie. (They’re better than that pun!)

Scott Lang’s been an Avenger, come back from the dead, led the Fantastic Four. What’s next? Moving to Florida? 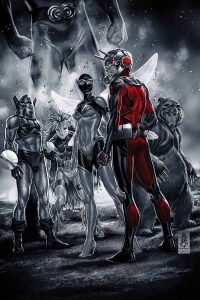 When his ex-wife relocates and brings their daughter Cassie with her, Scott decides to commit to being a more present father. He starts Ant-Man Security Solutions; Protecting your interests from supercriminals by hiring them to find out your weaknesses.

It’s no vacation for Scott as he deals with the death of Hank Pym, an app that will let anyone hire supervillains right from their phones, and his pop star ex-girlfriend’s reality show. This hilarious series is by writer Nick Spencer (Superior Foes of Spider-Man, The Amazing Spider-Man) and artist Ramon Rosanas (All-New Wolverine, X-Men).

Highly recommended for fans of the movie and absurdist takes on superheroes. Available digitally and in paperback. 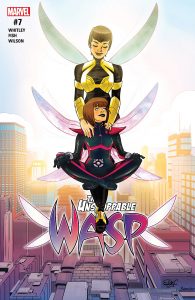 In the comics, the Pym family tree isn’t quite the same as in the movie. Hank Pym has a daughter under the name of Nadia (which translates to Hope). Nadia Van Dyne debuts in Mark Waid’s All-New All-Different Avengers. Nadia is born of Pym’s first wife, who died in custody of communist agents.

Nadia is trained by the Red Room, the program that turned the Black Widow into an assassin. Proving more adept at science than murder, Nadia uses her father’s secrets to escape to America. Learning her father is dead, she joins the Avengers.

In her solo series, Janet Van Dyne, the original Wasp, takes Nadia under her wing. She decides to form G.I.R.L., a think tank made up of women that mainstream science has overlooked. Her innate sense of optimism and friendliness overcome every obstacle. She battles both villains and facing the reality of the man her father was.

The Unstoppable Wasp was written by Jeremy Whitley (Princeless, My Little Pony) with art primarily by Elsa Charretier (Star Wars, The Infinite Loop).

I’ve gushed about this book in-depth before. You can read that here. It’s the perfect time to read this series. Not just because of the film, but also Marvel recently announced that the series will be revived in October. The relaunch will be written by Whitley with art by Gurihiru (Gwenpool, Avatar: The Last Airbender).

The original series is available digitally and in two paperback volumes. Recommended for fans of women in STEM and kids

Ant-Man and the Wasp 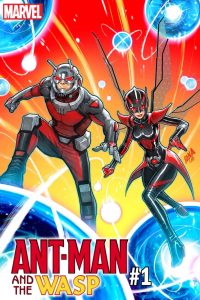 In time for the movie is a new mini-series by veteran comics writer (and Nadia co-creator) Mark Waid and artist Javier Garron (Star-Lord, Secret Warriors). Nadia has to rescue Scott, who’s gotten himself trapped in the microverse. Waid is a fantastic storyteller with runs on Avengers and a massive knowledge of the Marvel Universe. Garron is an immense talent, drawing beautiful and hilarious backgrounds as well as expressive characters. And the series has gorgeous covers by David Nakayama, which is always a plus.

The series is currently published in single issues and digitally. Recommended for people who enjoyed the two previously mentioned series or people who need their size-changing fix now. 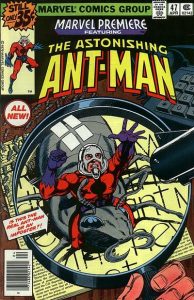 If you want to dive into the backlog of Marvel comics, a good place to start is the trade paperback Ant-Man: Scott Lang.

You’ll get some of Lang’s earliest appearances, from his humble beginnings as a Stark Industries engineer and his origin as Ant-Man. After his daughter is kidnapped by industrialist Darren Cross, Scott steals the Ant-Man suit to save her. Also included are team-ups with Spider-Man, The Avengers, and The Thing.

Recommended for people who want to read from the beginning. Paperback and digital. 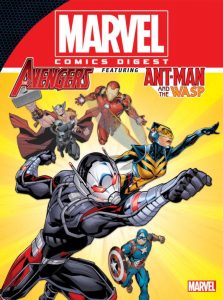 If you’re not looking for an entire volume and just a quick read, I suggest Marvel Comics Digest Featuring Ant-Man and the Wasp.

It has the 2-Part Lang origin and two of the Avengers issues also in the Scott Lang collection. The volume also includes the first appearances of Wasp and Avengers villain Kang as well as several modern Avengers tales.

Available at your local grocery store and comic shop. Recommended for anyone looking for something to read on their commute.