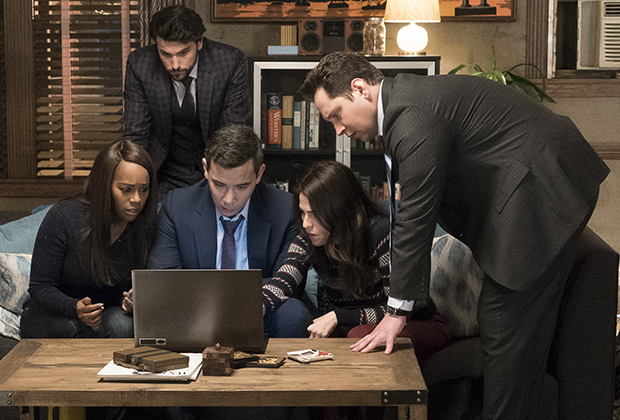 If you’re a fan of HTGAWM, you know that surprise plot twists are to be expected. You never take anything at face value, and you can’t believe much of anything that anyone says. That’s always been part of the show’s appeal.

So we can’t really pretend to be shocked by the fact that Emmett Crawford isn’t Nate Sr.’s killer after all. After all, that one came out of left field at the end of last week’s episode, so it’s not really a surprise that the writers would throw us an equally implausible suspect this week to take his place. I think Nate speaks for all of us when he tells Bonnie, “We don’t know who was involved at this point.”

The real problem I have with Jorge Castillo ordering the hit on Nate Sr. (which looks to be the case now, but anything can happen) isn’t the fact that it doesn’t make sense overall. I mean, I’m not exactly sure what his motive would have been—if he wanted revenge, I’m not sure killing Nate Sr. really punishes the people responsible for his arrest. But he’s a bad guy, and as long as the season finale gives us a plausible reason, I’m okay with it.

What I’m not okay with is the fact that they’ve spent several episodes leading us down one path, and then they’ve given us whiplash by throwing us in different directions the last two weeks. Which, again, is fine in and of itself—plot twists are part of what makes this show appealing. But there’s been no real foundation laid for either one of them. And I can accept that where Emmett’s concerned—his motive for the murder has always seemed weak, but he’s been with us for most of the season, and it looks like he’s not the guy anyway, so no harm done. Plus, Timothy Hutton gets some quality screen time with Viola Davis, so everyone wins there, too.

But Jorge Castillo’s only been mentioned a handful of times this season, and he hasn’t been seen. So if he turns out to be behind all of this (which, again, could all change next week), it’ll just feel artificial and random. Yes, it’s a shocking turn of events, but shock value has to be balanced with good storytelling—especially on a show like this where you have so many good actors that can tell that story in a very compelling manner. Plot twists are great, but let’s not overdo them.

Another consequence of introducing alternate theories of the crime is the fact that, unless something really amazing happens next week, Bonnie and Nate will have to live with the fact that they killed Ronald Miller for no good reason. And I feel bad for Nate because, even though he can tell himself he just lost it and wasn’t aware of what he was doing at the time, he can’t deny the fact that his anger was misplaced if Miller wasn’t actually involved.

But it’s so much worse for Bonnie, because Miller was the man she loved. Yes, she chose to believe the worst about him (which is understandable given her history), and she also chose to finish what Nate started even though she could have called for help. Plus, this isn’t her first murder. So guilt is something she’s learned to live with over the years.

But what she’s feeling now isn’t just guilt—it’s an overwhelming sense of loss. And she’s desperately clinging to a thread of hope that Miller really did deserve what he got, but it looks like that thread just snapped. She’s already attempted suicide once, and so I don’t know that the writers would log there again, but it won’t shock me if Bonnie doesn’t make it out of the season finale alive. And that would be heartbreaking on so many levels.

Lots of other stuff happened this week—I’ll mention the highlights below. There are several threads that need to be tied up before the season ends next week, but I’ll be looking for a resolution to the Nate Sr. murder that makes sense in the context of the overall story we’ve been told thus far. No more plot twists—I think we’ve suffered enough whiplash for one season.

You Deserve a Tesla Model 3