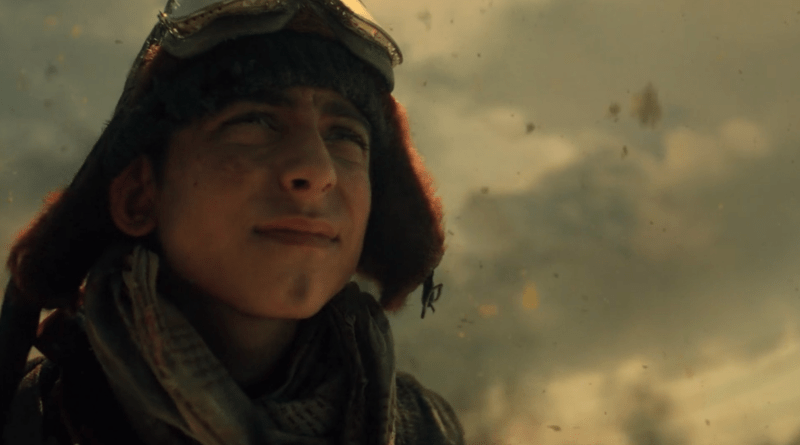 If – and for our purposes, this preposition is purely hypothetical and to meet a very specific ends, keep in mind, please – The Umbrella Academy had nothing else going for it, Aidan Gallagher could single-handedly carry the burden of validation on his skinny, pubescent shoulders. I’ve let my Five bias shine blindingly, but if I have not been abundantly clear, now is the time to set the record straight. There is no earthly reason for a 15-year-old to play a world-weary, caustic, brilliant old asshole as perfectly as he does. Be excited, then, that episode five is called Number Five (someone thought they were clever, and ok, I’ll agree) and that it continues my favorite Umbrella Academy tendency – furthering story by exploring the nuances of its characters and the commonalities that they share. First up:

Isolation, in Its Many Forms

The core notion of family is that it is a bond that surpasses the need to like or be liked. It’s something unbreakable, a group of people you are connected to no matter what. In the case of the Hargreeves, its value is even deeper – they are, by nature, other. They are the closest anyone will come to understanding each other. So it is telling that two significant moments of bonding in this episode are precipitated by finally opening up and sharing about the loneliness each character has felt.

Five and Luther are probably the two most antithetical characters on the show, but there is a moment of genuine affection and brotherhood when they commiserate about Luther’s time on the moon and Five’s time alone in the apocalypse. Both are such singular experiences, so out of the realm of possibility for anyone else that there is comfort to the brothers in knowing that someone else can understand at least a corner of their pain. And in that, we start to understand a little bit better Five’s desire to protect his family over all else: he spent all of his life alone. The brief time when he wasn’t, they were his only connection. And as he establishes when he speaks to the Handler (a woman in charge of keeping timelines as they are supposed to be, the one who hired Five and made him a time assassin), that this is his impetus for saving the world. Not saving humanity – saving the Hargreeves.

Loneliness also draws Klaus and Diego together when they realize that they both have lost someone hugely important to them. After stealing the time-travel briefcase (I love that writing about this show allows me to use phrases like “time-travel briefcase”), Klaus travels to Vietnam and comes back far more somber and broken then we have ever seen him. We learn that it’s because he loved and lost in that time, and is riding out the waves of that grief. Diego is still mourning Eudora. They understand each other a little better, because both feel they have had one great love and without it, they are so much more alone.

In trying to take in the entirety of the story the first time around, I missed how much Klaus brings out the best in Diego. If I’ve previously focused on his embodiments of toxic masculinity, Diego’s relationship to Klaus draws out what can be viewed as a more positive conventionally male trait – of the protector. It’s a delicate, quiet moment, but when Diego leaves the Academy to find and kill Hazel and Cha-Cha, despite being hopped up on vengeance, he can’t refuse Klaus a ride. And when Klaus, clearly shell-shocked, goes into a VFW, Diego goes after him. He talks to him. He listens to him. When an irate veteran tries to pick a fight, Diego, who we have only seen as hot-tempered and short fused, tries to diffuse the situation, not out of any sense of fear, but out of a desire to protect Klaus.

“No Such Thing as Good Guys or Bad Guys, Just People Going About Their Lives”

Five says that to Luther, and it could be the thesis statement of the entire series – a pretty bold one for an ostensible superhero show. But in this episode, we see Vanya – one of our heroes – act like a pretty massive dick, because she feels like Alison is undermining her budding relationship with Leonard. The sister relationship has been a source of warmth and goodness throughout the show, but in this episode we are reminded that a sister knows how to hurt her sister better than anyone else would.

Five and Vanya are the two most physically outmatched of the Hargreeves siblings. Five uses his intellect as a weapon, and Vanya uses what I can only refer to as a uniquely female form of cruelty to cut her sister down, playing on her specific insecurities by saying she’s rumored her way through life, and that she is a negligent mother. Five killed people without a code; his only objective was to get home, and that meant fulfilling the hits he was given. Inversely, this episode shows Hazel bonding more with Agnes, developing a sweet and pure romance with the humble donut lady. We’re tempted to call him a bad guy, but the show reminds us that he and Hazel are just doing the same job that Five did for many years. He’s just a person.

Choice and Its Ramifications

The crux of the show is the impact that our free will has on a pre-established timeline, and what happens when Five uses that free will to alter the timeline. It’s never suggested that we have no choice, but the impact of the choices we make are often greater than we anticipate. Five discovers through an equation that if he kills one man, he can stop the apocalypse (or at least he thinks he can…his math has been wrong before) but Luther’s code says you can’t kill an innocent man, even to save billions of lives. So the question here is complicated: if not killing one man knowingly allows billions of people to die, isn’t that also murder, of a much higher volume? But before Five can make that decision, Luther holds Delores out a window, and Five – our rational, brilliant Five – makes a choice to save the mannequin he loves.

There is so much more to be said about the themes and the subtle, nuanced work this show is doing, but I want to address a couple of plot developments before bedtime, just so we can keep with the continuity of the series: Leonard and Vanya are officially an item, and Leonard is officially not just a creepo but a dangerous creepo – he has the murdered body of the first chair violinist in his attic, along with Sir Hargreeves’ journal. Five has accepted a job with the Handler in exchange for protection for his family. What that could possibly mean in the face of an apocalypse is anyone’s guess…Cha-Cha and Hazel are aware that since they’ve lost the briefcase, they are in trouble.

And that pretty much catches us up. If I recall correctly, the next episode is one of my favorites, and begins the rapid-fire trajectory into absolute batshit craziness. Guys. It’s going to be great.