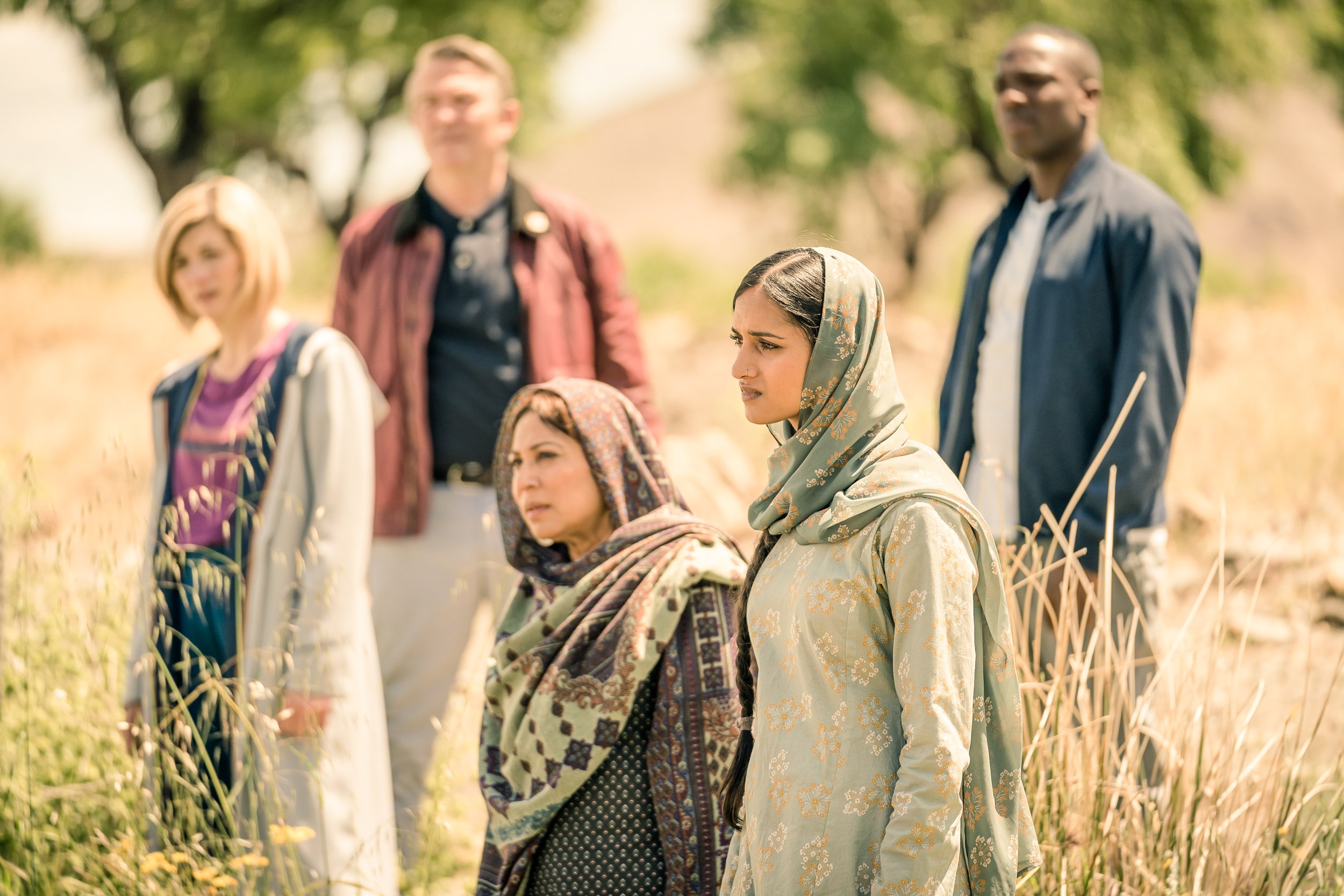 Doctor Who Season 11, Episode 6: “Demons of the Punjab”

One of the things that makes the idea of time travel so appealing is our innate desire to learn about our ancestors. I’ve been told that I have a lot in common with my paternal grandfather, but he passed away when I was pretty young, and so all I have are a few distant memories and the stories my father’s told me. I’d love to be able to go back in time and really get to know him. I’d like to think that, even if I couldn’t tell him we were related, he’d sense that we were connected somehow, and we’d instantly hit it off.

Of course, we’ve all seen enough sci-fi to know that, even if it were remotely possible, it’d be a terrible idea. One false move, and you’ve erased yourself (or someone you love) from history. Or you’ve just become your own grandfather. Or any one of a million other really bad outcomes. So, despite the appeal of getting up close and personal with the past, just buy one of those DNA test kits that gives you a general sense of your ancestry and be done with it.

Fortunately for Yaz (and the rest of the universe, we assume), nothing catastrophic happens when the Doctor takes her back to India in 1947 to discover the real story behind her grandmother Umbreen’s heirloom watch. Psychic energy from the watch just happens to send the TARDIS back to the day of Umbreen’s wedding, which also happens to be the day of the “partitioning” of what was then known as British India into what we now know as India and Pakistan. So there’s a lot going on already, which means there’s a pretty good chance that history will be rewritten (and not in a good way).

On top of all that, two “demons” appear to be committing random murders. As it turns out, they’re not really demons—they’re deadly assassins from the planet Thijar, which is far worse. The Thijarians combine ruthless aggression with some sort of nifty teleportation technology that allows them to quickly jump from place to place while keeping others from doing the same. But who on Earth (literally) do they want to kill, and why?

But the Thijarians aren’t in India to assassinate anyone. In fact, they’ve realized that years of killing has led to the decimation of their home planet, and so they’ve given it up entirely. They now travel the universe to honor the dead rather than to add to their number. It’s an amazing transformation—kind of like Michael Myers becoming a priest or a funeral director.

So who are the real demons referenced in the episode’s title? You could argue that Manish and the others who were fighting their neighbors to “protect” their newly-formed countries were devilishly evil, and, to a great degree, you’d be right. Killing a holy man to keep your brother from marrying someone of another religion is pretty horrible. Killing your own brother is even worse. And while it’s true that Manish and his cohorts have been pushed to this by years of British oppression, does that really excuse the killing of innocent people just because they’re not part of your ethnic or religious group, even if your group has been marginalized? There’s a time, a place, and a proper way to fight back against injustice. This isn’t it.

In the end, the Doctor reminds us that love is the most powerful force in the universe. It sounds trite, but it’s true. I mentioned last week that the writing quality seems to have fallen off a bit this season, and that may be true (or I may be totally clueless—either’s a good possibility). But the writers have done a fantastic job of showing just how love can triumph over the worst monsters imaginable—even sadistic bed linens.