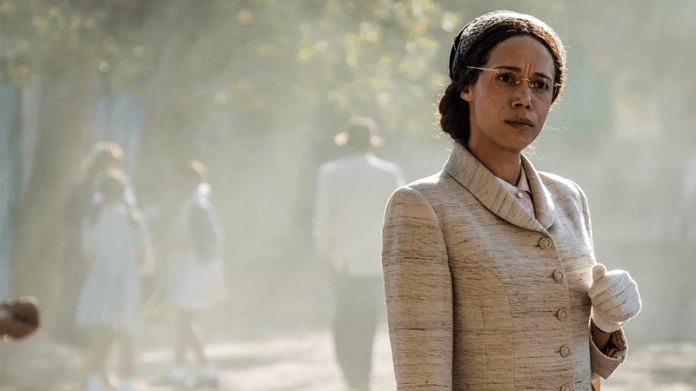 It only takes one. One moment, one action, one seemingly random decision can literally change the course of history—not only for ourselves, but also for countless others.

Unfortunately, we rarely know which of the hundreds of decisions we make every day will be the one that makes a huge impact. I doubt that, when Rosa Parks courageously refused to give up her seat on that now-famous bus in 1955, she had any idea what the ultimate consequences would be. She knew she’d be arrested, and she knew it would probably get worse from there. But she did it anyway. And that one act of justified defiance sparked a movement that continues to this day.

And, thanks to a racist prisoner from the 79th century, it almost doesn’t happen.

So much of the time, the Doctor and her companions are trying to avoid altering the course of history, especially “tipping point” moments like that famous bus ride. This week, in a rare twist, the Doctor desperately tries to preserve history by ensuring that Mrs. Parks ends up on the right bus at the right moment with the right driver. Oh, and the bus has to be full enough that Mrs. Parks would be asked (forced, really) to give up her seat to a white passenger. Otherwise, the civil rights movement in America may never really get off the ground, which would have a devastating effect on modern society for generations to come.

The “mastermind” behind this attempt to derail the civil rights movement is Krasko, a criminal from the future who’s decided that all of his problems can be traced back to this moment in history. We don’t get a lot of detail about him other than the fact that he’s served time in Stormcage for killing roughly 2,000 people, and apparently people of color are somehow responsible. So, by his logic, if he can stop Mrs. Parks from taking a stand against unjust segregation laws in 1955, white people will be able to kill in the future with impunity? Or maybe whatever action someone takes to provoke his little murder spree won’t happen because legal segregation will still be in force? It’s pretty twisted reasoning, to say the least. But it’s probably not that much different from any other racist who tries to blame his problems or his bad behavior on people whose only “crime” is that they look different that he does.

With the TARDIS controls and sonic screwdriver firmly in the hands of someone without a Y chromosome for the first time in over 50 years, this entire season of Doctor Who is a celebration of gender diversity and equality. So it’s only fitting that the show pay tribute to another brave woman who risked her freedom to break down racial barriers and make the world a better place for people of color. To her, it was one action, and it may have seemed like a relatively small one at the time. But its effects can still be felt today.

It only takes one. One small act of courage can make a lasting difference. Let’s go change the world.