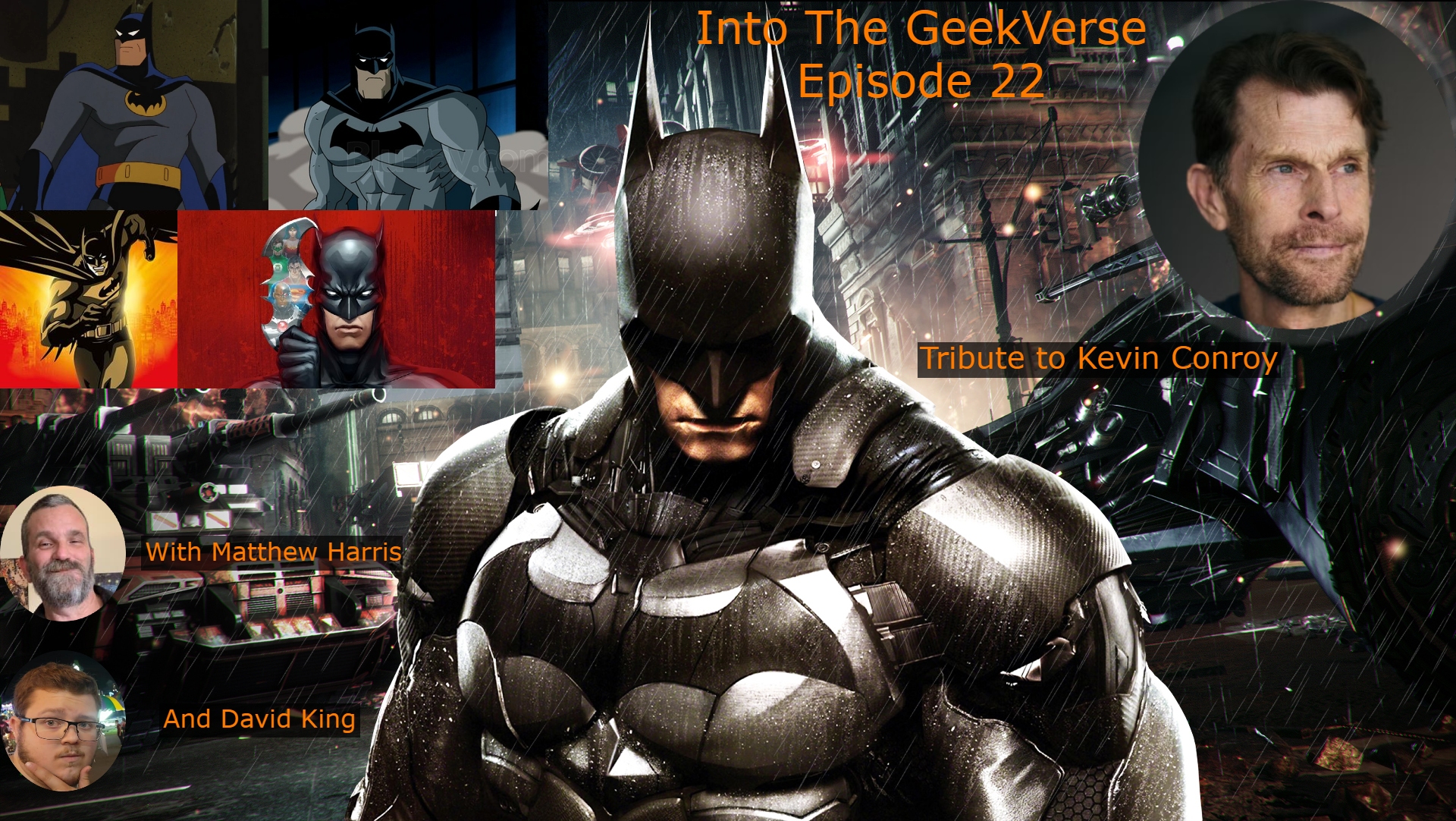 Which is exactly why we want to break down the complete history of Kevin Conroy as Batman. Every series, every movie, every game, every guest-spot, EVERY appearance. The whole shebang.

The Birth of a New Batman

Kevin is credited for appearing in 25 different television shows and made for T.V. movies before becoming Batman. His first gig was all the way back in 1978 in a T.V. movie called, ‘How to Pick Up Girls’ but of course, the one we’re all interested in is his first appearance in ‘Batman: The Animated Series’ in 1992 with his famous first words of…

This show brought a lot of people into Gotham, so to speak, and I can’t tell you how cool it was to finally get a Batman that was fun for both kids and adults. Over the 3 years and 85 episodes of the show, we saw Batman face his entire rogue’s gallery at one time or another before it ended in 1995.

But that was only the beginning.

Every Appearance of Kevin Conroy as Batman

Kevin Conroy is THE Batman’s voice for millions of fans around the world and you may be surprised to see how many different shows and animated movies that he donned the cape and cowl. In the order of release and number of appearances as applicable, here’s the list of every appearance of Kevin Conroy as Batman.

While his career didn’t just consist of voicing Batman/Bruce Wayne, it will most definitely be his lasting legacy. As I said earlier, he had over 300 appearances as the voice of the Caped Crusader and years from now, fans of the Dark Knight will fall in love with Kevin Conroy as the voice of the Batman.

If you’d like to hear more about some of those shows and games, please check out our tribute to Kevin Conroy on our ‘Into the Geekverse’ show.

We here at Geek Insider thank Kevin with all of our hearts and express our sincere condolences with his family and loved ones. He will be missed but will always live on in the hearts of Batman fans everywhere.