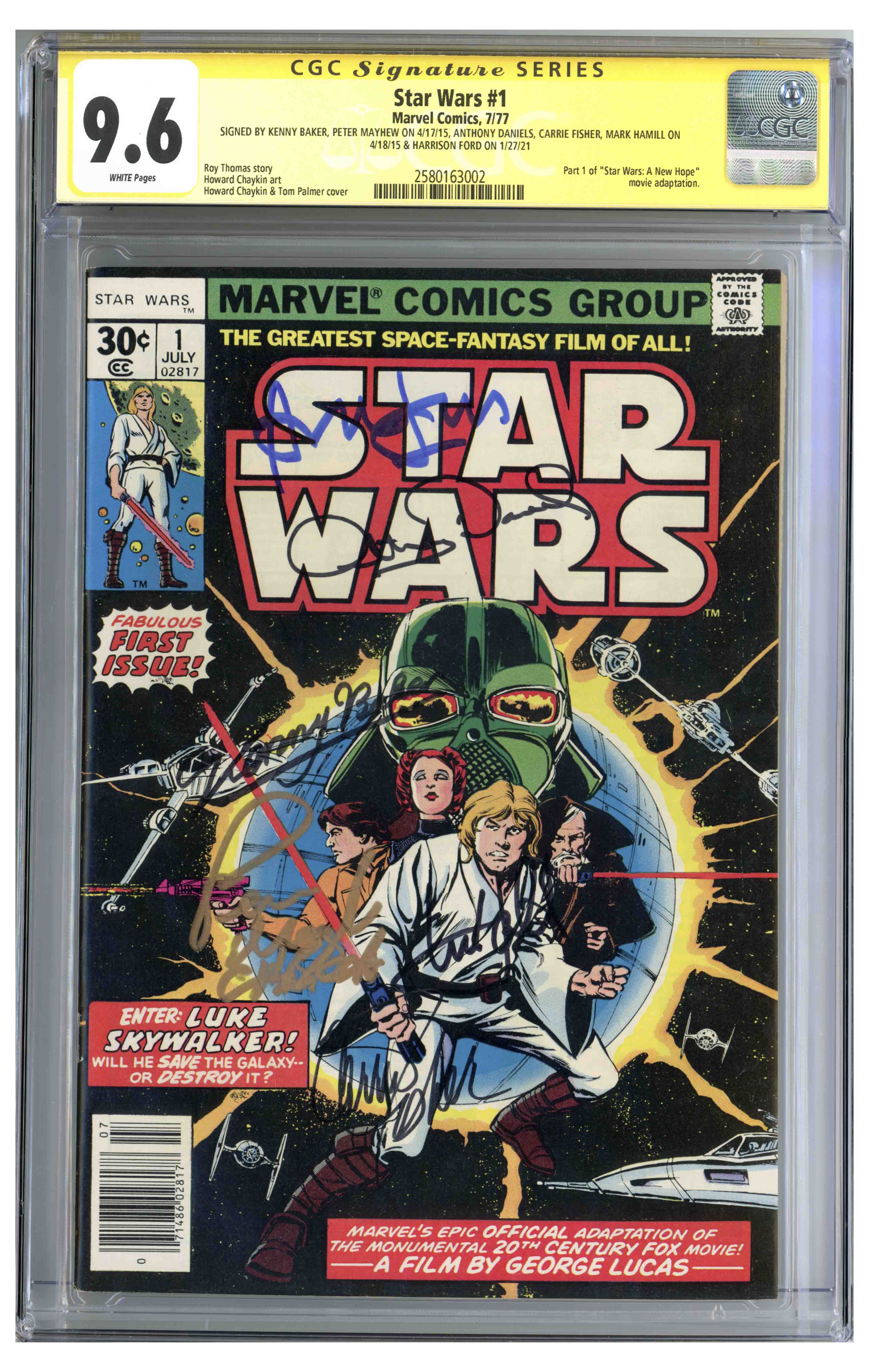 Additional information on the comic book can be found at
https://natedsanders.com/__Star_Wars__1___From_1977_Signed_by_Mark_Hamill__-LOT59732.aspx

An industry leader in documents and autographs, Nate D. Sanders Auctions has conducted auctions in Los Angeles since 1990 and now holds major auctions on a monthly basis. Owner Nate Sanders is recognized for his knowledge of sports, historical and Hollywood memorabilia. To learn more visit natedsanders.com