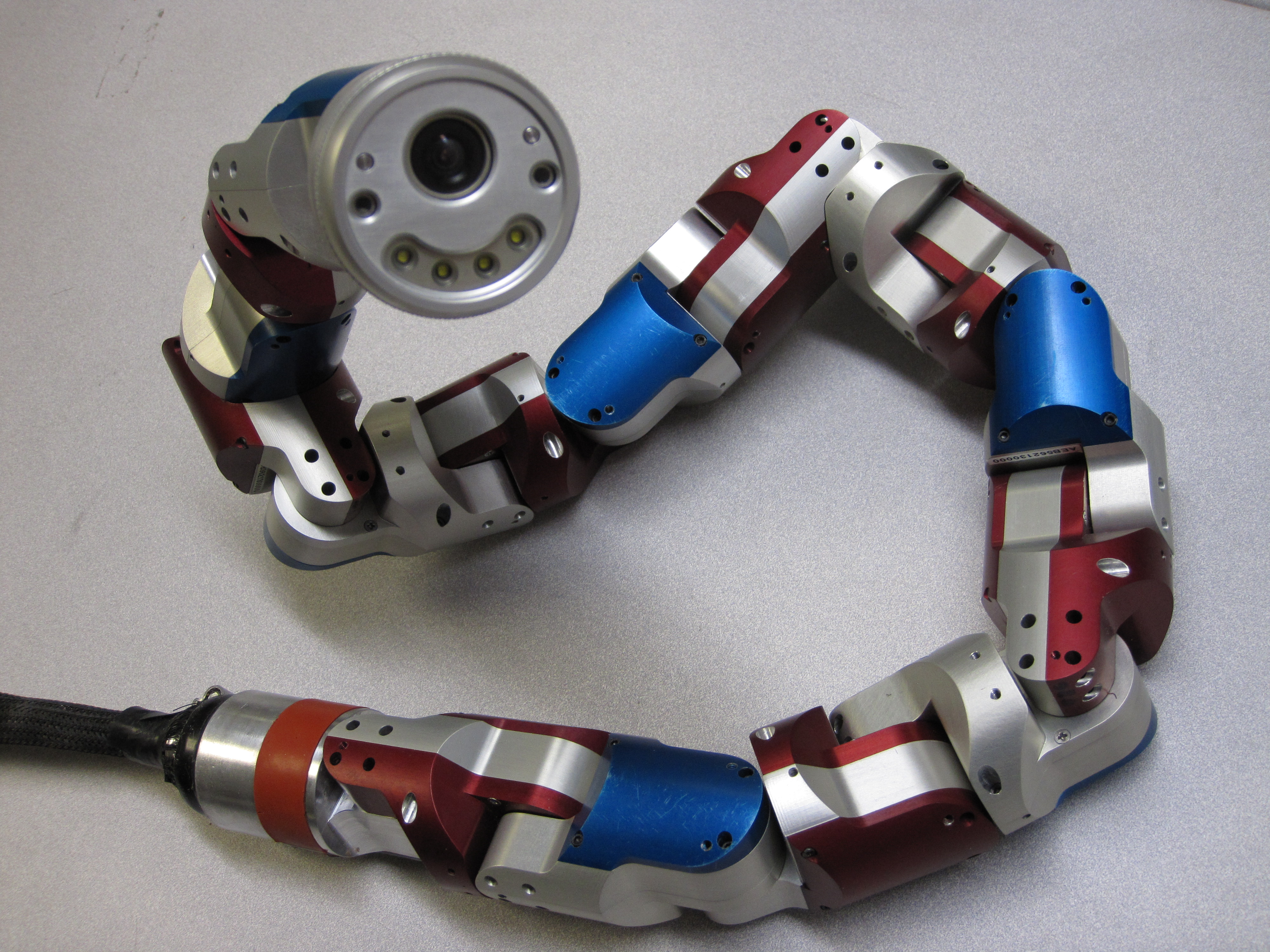 One small step for man, one small… slither?

Researchers at Georgia Institute of Technology, Carnegie Mellon University, Oregon State University, and Zoo Atlanta have developed a robot that imitates one of the most iconic animals on the planet:

The snake. More specifically, the sidewinder.

This peculiar snake is one of the most fascinating animals on the planet, even to the point where it’s had a missile named after it. The snake is famous mostly for its means of locomotion; instead of slithering forwards, like most snakes do, it slithers sideways. This allows the snake to traverse its sandy home with relative ease, even traveling up sandy slopes without slipping. This is peculiar method of movement has recently helped scientists improve the movement methods of their own creation, a robot snake.

While you ophiophobes out there might not think this is such a great idea, in all reality it allows the robot go places and do things that other robots are incapable of doing, like crawling through small, restrictive spaces, or even climbing rocks and trees. Not only that, but these robots are smaller, lighter, and cheaper than other types of legged robots, like ones modeled after dogs and people, which, so far, have been mired in a variety of problems. These snakelike robots, on the other hand, are already capable of a wide variety of things. In fact, the team claims that this type of robot could one day be used for things like interplanetary exploration.

However, one of the problems that was facing the team at CMU, was the ability to traverse sandy terrain, which just so happens to be the most common type of terrain on, say, the Moon or Mars.

The researchers at Georgia Institute of Technology, however, contacted them with a solution.

This advancement has some rather significant implications for CMU’s robot snakes, as it will (hopefully) allow them to traverse more difficult terrain, like uphill sandy slopes on Mars, for example. Still, it’s just one small slither forward for the program.

However, the implications for robotics at large are astounding. To this point, robots have been incredibly limited in their methods of locomotion. Legged robots tend to be either unstable or incredibly complex, or both. On the other hand, treaded robots find it nearly impossible to travel over anything but flat ground. In fact, the only robots that seem to have an effective method of locomotion seems to be quadcopters. These snakelike robots, however, are both incredibly stable and capable of traveling a wide variety of terrains, maybe even to the point where they can give quadcopters a run for their money.