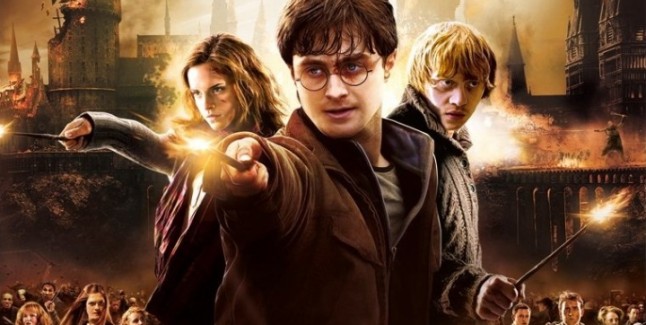 Which is the best Harry Potter Video Game?

Througout the years, many fans of the Harry Potter video game series have discussed their opinions on the best book or the best film. Everyone has their own views and personal favorites. However it is rare to find any real discussion about the video games, which is understandable as they weren’t really advertised to a large extent. However today I have brought you a personal list of the eight games that represented each of the movies, all of which were published by Electronic Arts (I’m not including the Lego Harry Potter series, as it includes multiple years and is part of the Lego franchise). Without further ado, here is a devout Harry Potter fan’s opinion on the video game portrayals of one of the best fictions series ever written. 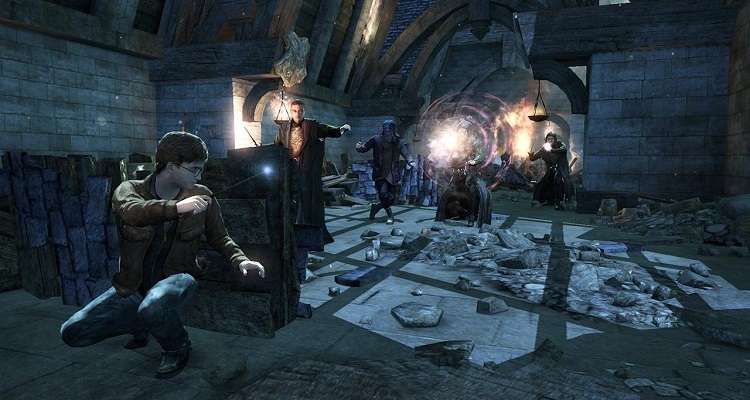 This game probably ties with Deathly Hallows Part 2 for the most visually impressive of the games on the list. However that is pretty much all the game has going for it. This game is a complete departure from all of the Harry Potter games before it, featuring third person shooter, with occasional stealth, gameplay. Sadly the only spell you really need to use is Stupefy, all the others aren’t really needed they just to spice up which spells you cast. There is little variation in enemies and sections of the game. 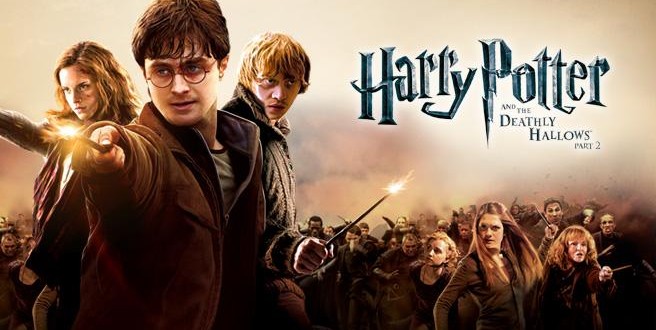 Deathly Hallows Part 2 is basically EA Bright Light studios attempts to fix all the issues fans had with Deathly Hallows Part 1. The gameplay is still the same as Part 1 but definitely enhanced. There are situations that make sure that Stupefy isn’t the only spell you need to use and there are stealth sections that are actually decent. However the game is still pretty lackluster as the environments and enemies (either Snatchers or Death Eaters) are the same basically throughout the game. Still it is a definite improvement over its predecessor, which isn’t exactly a compliment. 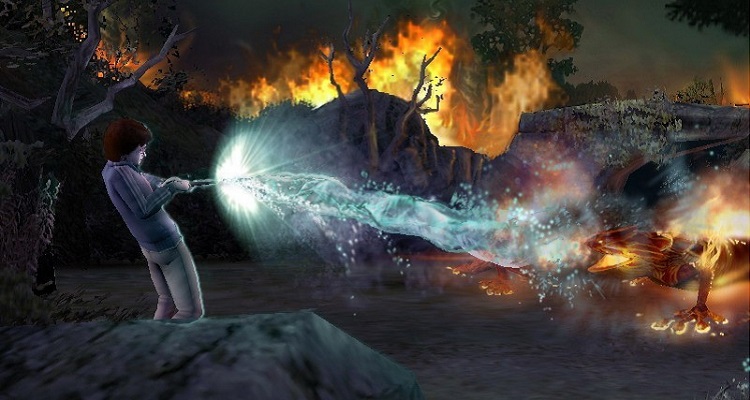 This game marked the beginning of Harry Potter games published and developed by Ea or one of their side companies. It was a huge departure from the previous three games, with the game split into several nonconsecutive levels accessed from a “Pensive” hub area. Certain sections of the game are rather fun like the Second Task, the underwater mechanics are fun and unique. However most of the game is working out puzzles and fighting enemies in a rather haphazard way. The visuals were definitely getting better, but this was gameplay being sacrificed for better graphics.

#5: The Order of the Phoenix

The Order of Phoenix learns from the Goblet of Fire and tries to give the player a balance of both gameplay and beautiful graphics. It’s attempt isn’t exactly perfect. Most of the game is set at Hogwarts and this time around, EA did it right. Hogwarts is vast with multiple floors, rooms and secret passages. There are multiple side quests and activities to play alongside the story. The game isn’t without its problems. The main quest at times actually required multiple, rather tedious, fetch quests in order for Harry to gain access to the next level. Also as amazing as the huge map of Hogwarts is, it is extremely easy to get lost. The game tries to avoid this by using the Maurader’s Map to create waypoints which are guided by mysterious footprints. However it is extremely easy to lose the footprints and sometimes the waypoints just disappeared or glitched.  As for the gameplay, EA chose a more traditional style of dueling for most combat scenarios, which while very similar to the movies isn’t exactly a good idea for the video game. I would be trying to do the right button inputs for spells, which was extremely difficult on the the Wii version, only to do a shield spell when I wanted to hex my opponent. In the very last section of the game, the player gets to control Dumbledore, one of the most powerful wizards in the world, as he fights Voldemort. When playing the Wii version, I literally flailed the Wii Remote the entire time, because even though I had played most of the game I still didn’t understand the control, and I still defeated Voldemort. Still it was a better product than The Goblet of Fire, by leaps and bounds.

The sixth game in the series was probably the best visual-gameplay combination and is very similar to Deathly Hallows Part 2 in the fact that it smooths out the numerous kinks of its predecessor, yet has problems of its own. Hogwarts is just as expansive and has just as many secrets as The Order of the Phoenix. However Nearly-Headless Nick now serves as a guide through Hogwarts and is a welcome improvement over the easily lost footprints. The Dueling fight system is somewhat upgraded, yet still kinda awkward. Half Blood Prince has some new sections and gameplay like Quidditch. It imitates the earlier versions of Quidditch found in The Chamber of Secrets and Sorcerer’s Stone games, however this imitation is very shoddy at best and rather boring in general. Still enough of the issues from Order of The Phoenix are addressed to make it a pretty decent game.

#3: The Prisoner of Azkaban

The visuals of The Prisoner of Azkaban are a bit archaic looking, but the gameplay is extremely solid and has some elements which really makes it stand out on its own. For the first time, the player is able to play as Harry, Ron and Hermione. Each one has their own talents and specific spells (i.e Harry can use a Patronus and Ron can open secret doorways). The player also has to use all three in tandem in order to solve the simple, yet clever puzzles and enemies. Quidditch is sadly not playable in this game, but Harry can fly around Hogwarts on Buckbeak, which is amazingly fun and demonstrates how vast the map of Hogwarts is in this game. The music is amazing and composed by Jeremey Soule, for those not familiar he is the composer of the Skyrim soundtrack. However it doesn’t make the top two for a few reasons, there are a whole bunch of boring and irritating fetch quests for Potions class, which really cuts the momentum from the original story. Aside from the fetch quests there are multiple original sections of the game that have been added, sadly they are the weakest part of the game and add little, if anything to the game as a whole.

Well, first things first. Surprise, surprise the game that started it all doesn’t make the number one spot! However this game is amazing, truly a huge source of nostalgia for me and my fellow Harry Potter fan buddies. The music is amazing, the soundtrack is composed by Jeremey Soule and is 100% original as he did not even see the movie or listen to its soundtrack. The collectible Wizard Cards were difficult to find, there was a Quidditch Cup to be won both of which were more than enough reason for multiple replays. There were multiple hidden secrets, fun boss fights (including the rather tricky two-part Quireell and Voldemort Final Boss fight). There was also even a GameBoy Color version of the game, another way you know this game is real old, which was an RPG version of the Sorcerer’s Stone which was extremely similar to the older Final Fantasy games. It was the first time you could personally step into Harry Potter’s shoes and I loved every minute of it. Of course this game is from 2001 and that is immediately obvious from the visuals which are terrible by todays standards. Every characters face is a single palette, their mouths don’t move when they talk, only their bobbing  heads indicates that they indeed are talking (well that and the random arm failing). The voice acting as well is kind of bland, with the exception being the narrator of the game who is none other than Stephen Fry himself. In the end, this game was, at the time, an amazing game and if it wasn’t for the fact that it is impossible to play it on modern day computers, I would still be playing it to this day.

#1: The Chamber of Secrets

Chamber of Secrets took all the awesome and original style of the first game and polished them. The Wizard Card collection is diversified with Bronze, Silver and Gold Wizard Cards, Dueling Club is a side activity after being introduced in the story and the character’s mouths actually move when they talk! There are a handful of new spells like Rictusempra and Spongify, a personal favorite, as well as older spells from the first game like Flipendo, the knock back jinx and Alohamora. The Challenge sections of the game contain tricky puzzles, various challenge stars and time limits. So many aspects of the original game were fine-tuned, yet kept the freedom and wonder. The one possible problem was the Quidditch, which automatically set Harry to follow the Snitch around the field, lacking the freedom and sense of skill and accomplishment you felt in the first game. Still The Chamber of Secrets had everything you could wish for and more, which shows that some of the older games are the best ones to play.