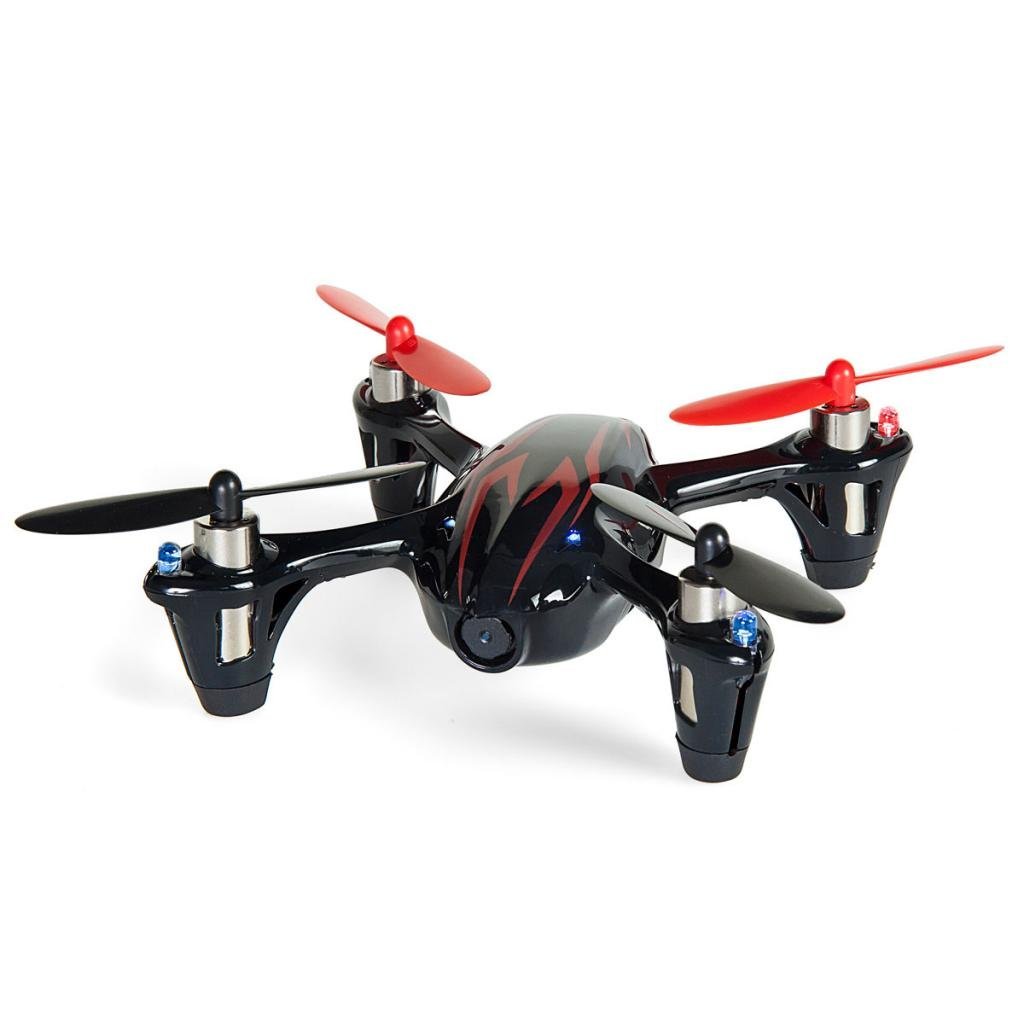 Quadcopters have become all of the rage in the RC universe. They are known for their futuristic appearance, quick speed and flight stability. That’s great and all, but you know as well as I do that the best things in life come in a miniature size. First came RC cars, then helicopters. Now, we have the office-friendly RC quadcopter:

The dimensions of this adorable little quadcopter are 2.3 x 2.3 inches. But don’t let the size fool you. It is more than capable of soaring through the air both indoors and outdoors, similar to its larger counterparts. The H107C can ascend, descend and coast in all directions with surprising agility. Some reviewers have reported it to fly the length of a basketball court in three seconds. Flying modes include beginner and advanced, where the sensitivity is higher for performing rolls and flips. You can also ensure that it maintains its upright position by activating anti-flip mode.

Just like other quadcopters, the H107C has a camera attached that can be used for video recording. The tiny camera is only equipped with a mere 0.3 Megapixels, but still a cool perk. The videos you record are saved to a SD card that is also included in the package. It also has LED lights attached so you can easily spot it in the dark.

Because of its size, the battery life is limited for this mini quadcopter. On a full charge, you can get around 10 minutes of flight time, a bit shorter if you are recording. The recharge time is 30 minutes. But here’s the good news: You can purchase spare and upgraded batteries for the H107C, which are easily replaceable. It’s not a high-tech, military-grade drone by any means, but it will let you exercise your childish tendencies on those dull days at the office.