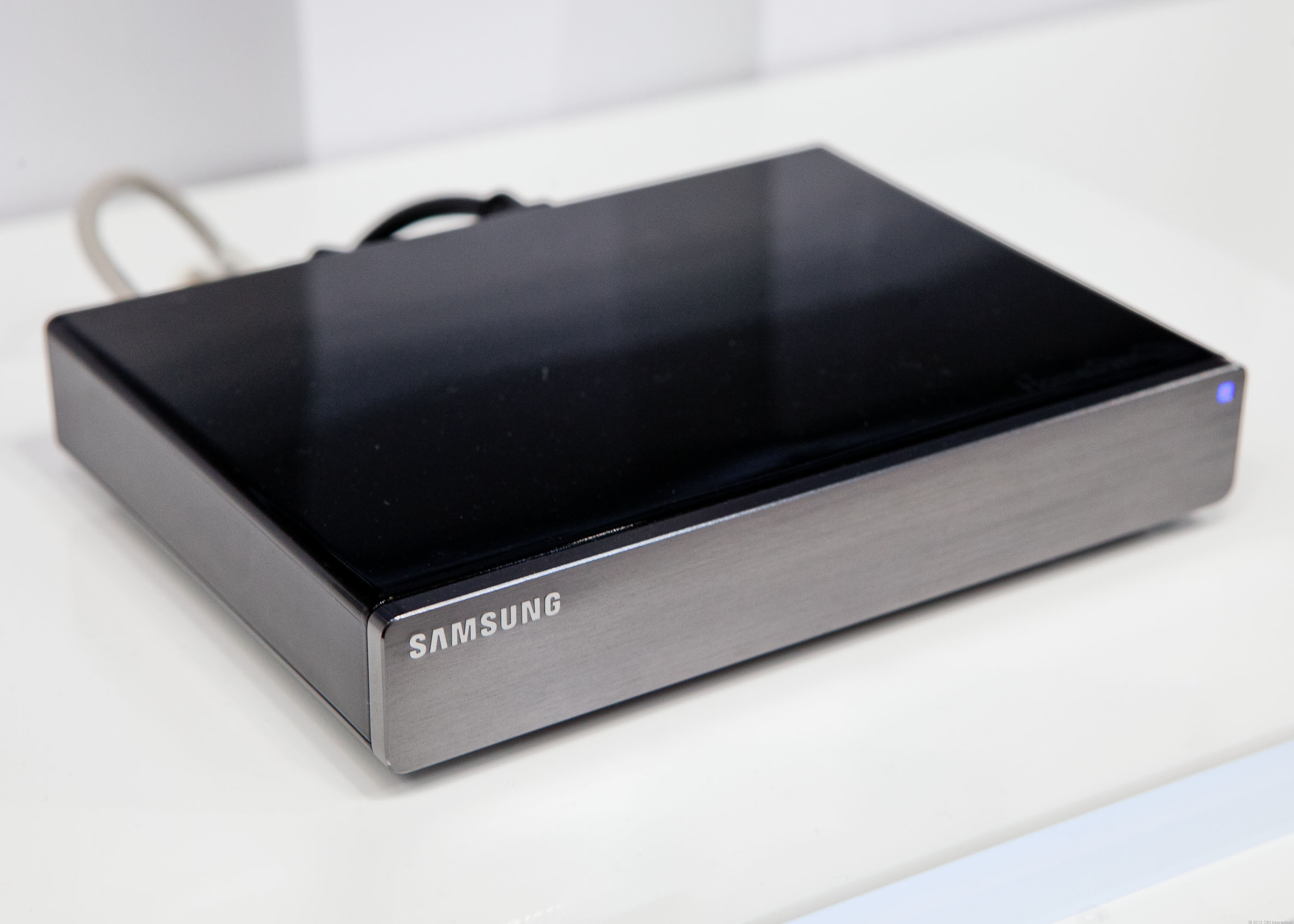 With all the recent headlines don’t you wish you stopped by MWC 2013? Add another to the list with Samsung’s HomeSync. The new Samsung device is a media streamer which runs the Android Jelly Bean for your television.

We are all aware of Samsung’s friendship with Google and they will partner again on the device built to compete with Apple TV and others of the sort. HomeSync will house a host of well-known video on demand services with the help of the Google Play Store.

The access to Google apps may sell the product alone even though HomeSync is completely Samsung’s doing. From Android games to Pandora you can expect your smartphone access to be just as clear as the portal on your television. Not to mention the 1TB of HDD storage, which gives excessive room for media downloads and it allows for eight user accounts to be set up. These user accounts can be set to private or shared storage so multiple users of the family can join the festivities.

You can operate your HomeSync wirelessly from your smartphone. The connected app allows your phone to work as an integrated remote, which works as both a touch pad and keyboard; so you can type and scan directly from the palm of your hand. Not only is your television connected, but your phone is as well; which makes the device a tough product to compete against.

The main difference between HomeSync and Apple TV is that it focused on local storage which Apple lacks. Samsung also included a 1.7GHz dual-core CPU with 1GB of RAM, which will diminish the amount of hiccups, if any. Of course there are the basics as well, which may make the device much more user friendly. With Bluetooth, Wi-Fi capability, USB 3.0 and micro USB, and speaker connection; the HomeSync proves to be an excellent addition to your household.