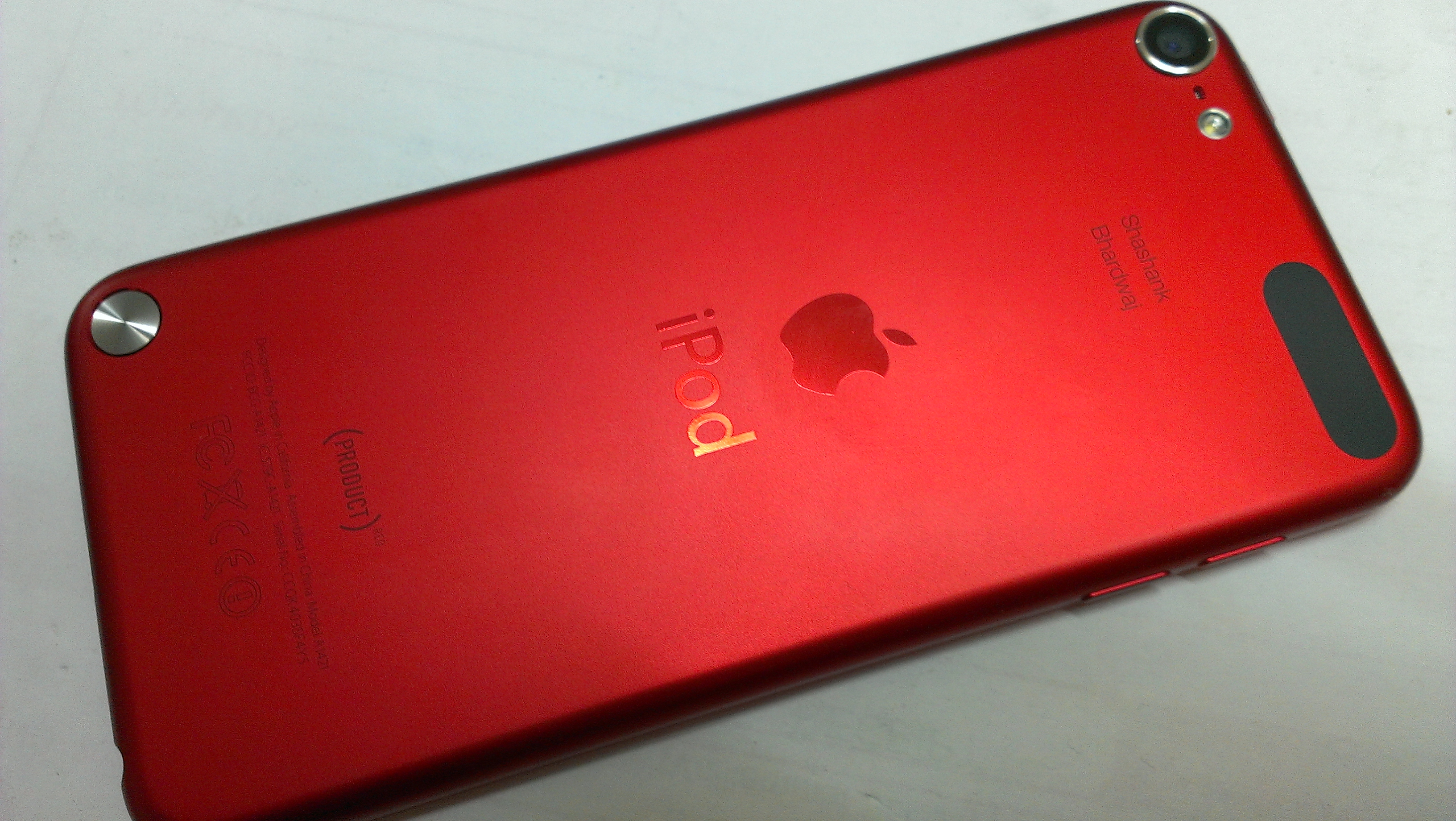 I’ve never been an iOS fan. The lack of customization and that claustrophobic feeling on Apple’s platform has always had me in favor of Android. At the same time, I have never liked the idea of listening to music on a phone. It simply doesn’t appeal to me. For music, I’ll always need a dedicated music player. These days, a smartphone’s battery life is a major concern to everyone. I cannot burden my device’s battery by listening to music. 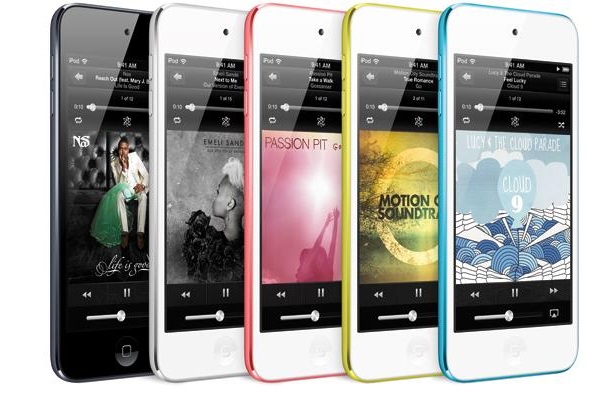 Which is why, I’ve always preferred the iPod Touch. It’s an iPhone minus the phone. Apart from the music, I’ve gotten amazing build quality, browsing capability, plus so many apps and games. It’s been the perfect non-cellular device.

The latest iPod – the 5th generation model – has improved on this awesome even further. The iTouch now has a 4-inch Retina display, a better 5 megapixel camera, and a dual-core A5 processor – big upgrades over the previous generation. For me, this is a jump right from my previous 2nd generation model, and I remember being quite happy with that device as well. So this one must be awesome, right?

Before anything else, you’re going to notice how incredibly thin this iPod is. At just 6.1mm, this is probably the thinnest device on the planet. It makes my HTC One S, at 7.8mm, seem all bulky and thick. It’s great to hold in the hands, and it is the first iPod Touch to come in so many colors: white, cyan, yellow, pink, slate, and Product Red.

The aluminum back has the 5 megapixel iSight camera, along with an LED flash. There’s a front camera too – capable of 1.2 megapixel photos. You also get a small loop that you can attach to the iPod as a strap. Also, we now get the ‘lightning’ charger to connect the device to our systems, instead of the 30-pin adaptor. The Lightning port lets you plug in the charger both ways – and it is a much more convenient than it sounds.

The device also ships with Apple’s new earpods, which offer noticeably better sound quality than the previous earphones. However, I’d suggest you still go for better in-ear brands like Bose or Klipsch, which outperform the earpods. 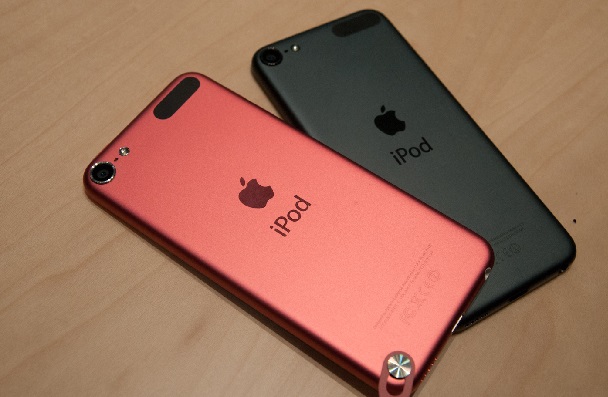 Like the iPhone 5, this iPod Touch too gets a 4 inch screen. The 16:9 screen is great for movies and for games – both of which are almost primary uses of the iPod. Coming from a 2nd generation iPod Touch, having a pixel density of 163 ppi, or an HTC One S, with about 250ppi, the Retina Display experience was very impressive. The vibrancy was so pleasing to the eyes, I ended up downloading most of my phone apps to the iPod, just so that I could use them with this better quality display.

iPod Touches have always remained slightly behind in performance compared to the iPhones. And understandably too, with the lower price that they sell for. Following that trend, this iPod is runs on an older generation dual-core A5 processor – but you never see it fall short in terms of performance. It has double the memory of previous iPods, with 512MB of RAM. Additionally, Bluetooth is now upgraded to 4.0, and there’s Wi-Fi a/b/g/n capability.

The touch is absolutely amazing too. I have often defended high-end Android devices, saying their touch sensitivity matches that of iPhones. But I have had to eat my words, with the superior quality that this iPod Touch has offered. My phone failed, again.

Like the previous iPod, this one too has a 5 megapixel iSight camera – but now, it gets an LED flash, is capable of much better still photos, and records video at 1080p. It’s not as good as the iPhone 5’s camera of course, but it makes for a good alternative.

For some weird reason, Apple decided to remove the light sensors from this iPod model – which means there’s no automatic brightness. The battery on this thing is spectacular though. Apple promises 40 hours of non-stop audio and 8 hours of video. No one does that much at once – my iPod was lasting atleast 2 days between cycles – with a fair amount of browsing, music, and gaming.

This being the latest generation of the iPod, it’s going to be getting regular software updates for long enough. Currently, it runs iOS 6.1.3. Despite my dislike for the platform, it was a more pleasing experience being on iOS this time around, as compared to iOS 4 on the 2G iPod touch. Like I said, the iPod touch is an iPhone – you get all the apps, and you get almost all the non-cellular features. This time, you even get Siri, though Google Now with the Voice Search does a much better job on my phone. 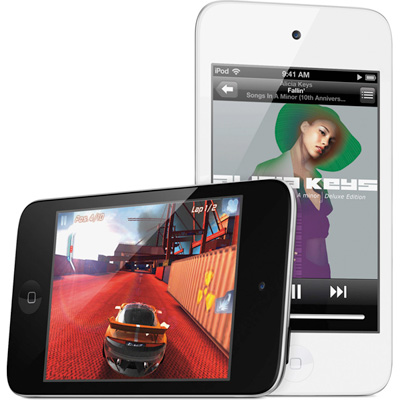 Additionally, there’s iMessage, Facebook & Twitter integration, and Facetime. We know there’s never any shortage of apps on iOS – we get access to the App Store, which recently completed 50 billion app downloads. I installed Dropbox and soon had access to all my camera uploads from my other devices. And of course, more than a music player, an iPod tends to be used as a gaming device – with some brilliant games on the App Store that could keep you busy for hours.

A good feature that deserves a mention is the ability to delete songs right from your iPod, without having to connect to iTunes – something that was lacking in previous generation models. This could be further improved by adding the capability to ‘edit’ song files from within the iPod too. 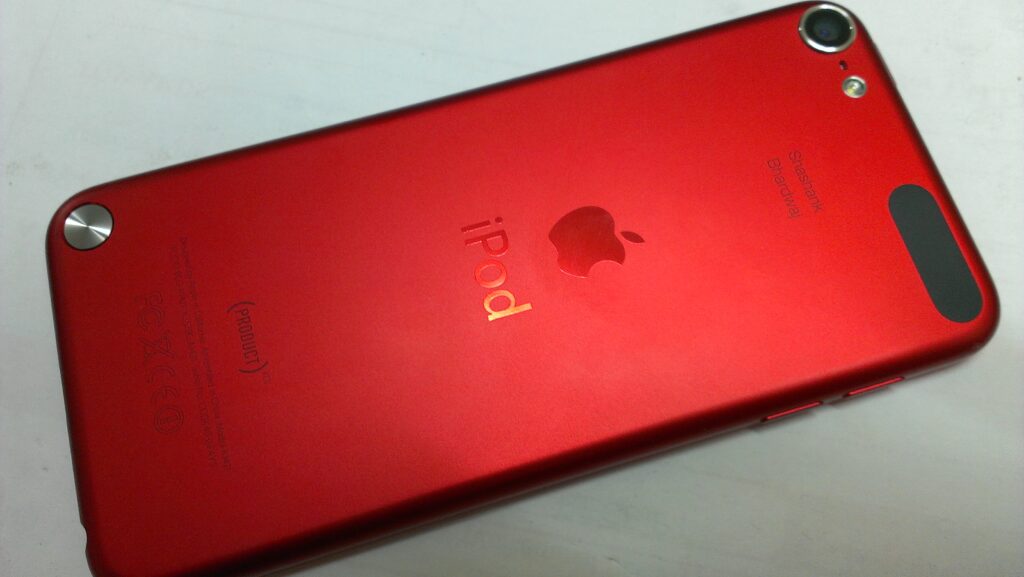 With this device, you get the iPhone experience, minus the phone, and your data needs can be compensated to some extent by the Wi-Fi. With so many color options available with this thing – it can be hard to choose just one. The build quality, like I said, is top-notch, and the 4 inch Retina Display screen looks gorgeous.

The one thing working against this iPod Touch would be its price. Starting at $299 for the 32GB variant, this is the most expensive iPod touch yet. That’s actually the price the LG Nexus 4 has been selling for. Would consumers really want to shell out so much for an undeniably great, but arguably expensive device?

The older generation iPod Touch is now selling for $199 – which is high, considering its now inferior capabilities. If you are going to be buying an iPod touch, go for the newer model – this is the best iPod touch yet. It is far superior to the 4th generation model, no debate about that. There’s no competition – no other device comes close to what the iPod touch has to offer.