‘Pacific Rim Uprising’ at NYCC: It’s Monsters vs. Robots Round 2 as John Boyega Joins the Fight 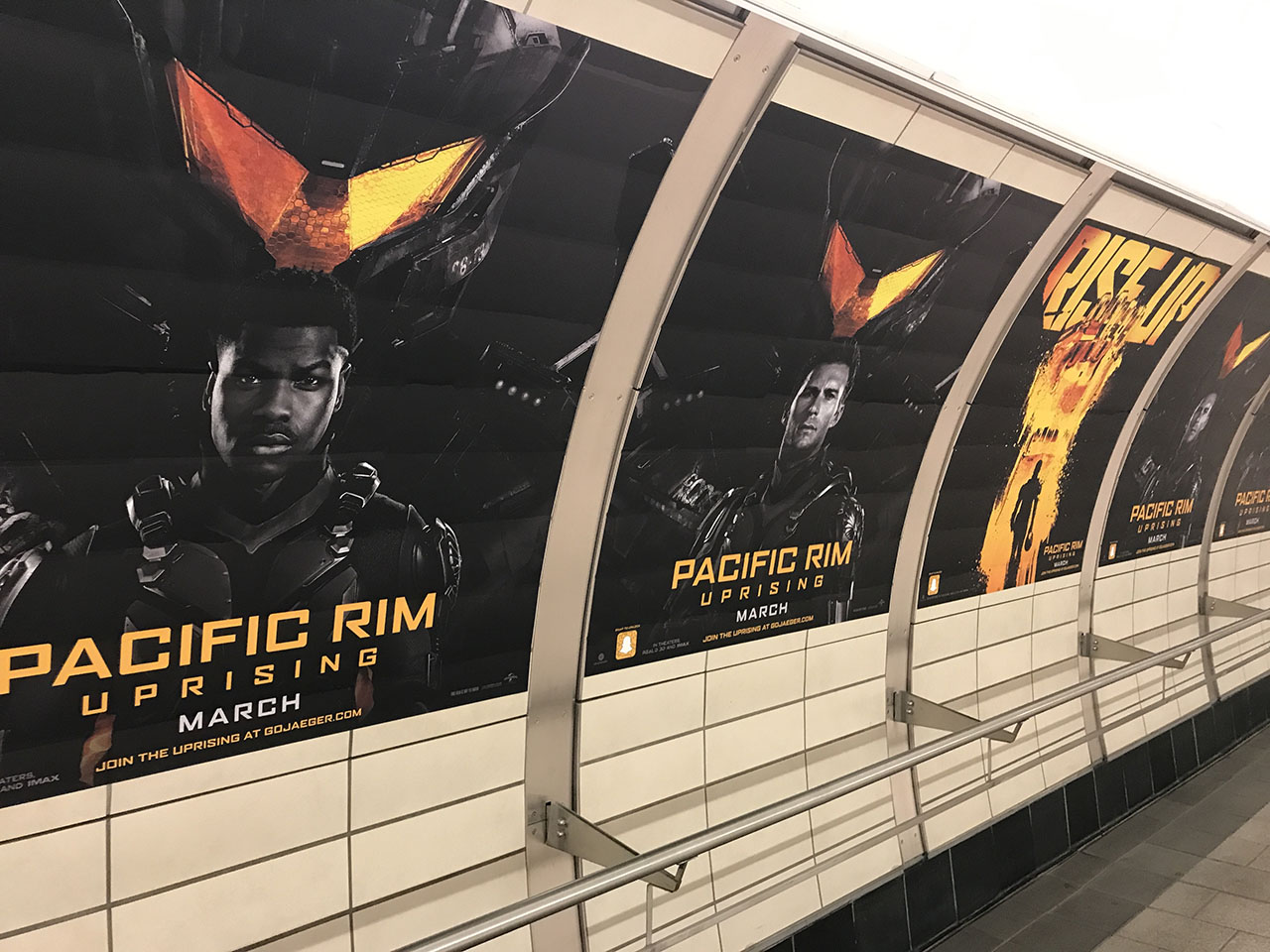 Let’s take some of your favorite pieces of the 2013 monster film, Pacific Rim. There was the gruff Idris Elba and his epic speech. “Today we are cancelling the apocalypse.” Then there’s Charlie Hunnam playing the lead. How about writer and director Guillermo Del Toro’s world building? Now four years later we’re returning to the world of Pacific Rim and Elba, Hunnam, and Del Toro are all noticeably absent from the sequel. Hunnam and Del Toro left due to scheduling conflicts with other projects. Elba’s character died in the first film. So how is it that Pacific Rim Uprising still looks so cool? It must be something about giant robots fighting giant monsters. The director and cast of Pacific Rim Uprising took part in one of Friday’s marquee panels at New York Comic Con. In the Theater at Madison Square Garden, the fans roared like at any of the great sporting events that have taken place under that roof. But this time the star was 25-year-old John Boyega. It only took one Star Wars film to transform the actor from a relative newcomer into, as one fan asking a question put it, a “sci-fi icon.” He not only stars in Uprising as the son to Elba’s character, but he earns his first producer credit as well.

Taking place 10 years after the events of Pacific Rim, a new Kaiju (monster) threat puts the population in danger once again. So it’s up to a new generation of Jaeger (hunter/giant robot) pilots to stop them. A significant difference, says Boyega, is that the teenagers and young adults in this film only know a world where Kaiju attacks happen. They don’t remember what it was like before that. That’s a big change from those in the first film who remember each attack.

Boyega was joined on stage by director Steven S. DeKnight and actors Scott Eastwood, Cailee Spaeny, and Burn Gorman. DeKnight, known for his work on television with shows like Daredevil and Smallville, makes his feature debut. During the panel, he enthusiastically listed off the names and special abilities of the new Jaegers. But while selling the fun of the new film, he and Boyega continually made it clear that they were building on to Guillermo Del Toro’s world. In this new generation, the Jaegars from the various nations of the world fight as a unified team. Gypsy Avenger leads the group with each one having colorful two-word names like Bracer Phoenix and Saber Athena.

Scott Eastwood has become well acquainted with big action films in recent years with roles in Suicide Squad and Fate of the Furious. But when asked to compare the explosive nature of Fate and Uprising, he avoided that point to talk about how “great” he thinks the story is. While there was some talk about the Jaeger weapons, for the most part everyone in the panel avoided talking about the explosions and destruction. Cailee Spaeny admitted she was excited to play a “super badass” female character in her first film role. She plays a teenage hacker. But the original film’s female badass, Rinko Kikuchi who plays Mako, was missing from the panel. She does reprise her role in the film however.

With all the talk about changes to the franchise, Burn Gorman returns as Dr. Hermann Gottlieb. He and Charlie Day play frenemy scientists who had a pivotal role in defeating the big bad last time around. Day was absent from the panel but he sent a funny video with theme song suggestions for the film. So expect them to bring comic relief once again.

While going through security at Madison Square Garden, I was asked by an employee what panel I was going to see. When I answered with Pacific Rim he said, “Why? The first one sucked.” I won’t get into my overly detailed response as to why I disagree, but this exchange sums up the response to the first film. On one hand, you have a lot of folks who really didn’t like it. On the other, we have thousands of fans at the panel going crazy for the sequel’s trailer and asking detailed questions about the mechanics of the new Jaegers. (Will any be analog?)

A lot of questions still need to be answered with there being so many changes since the first film. But the talent at the NYCC panel for Pacific Rim Uprising showed seemingly genuine enthusiasm for the project. That isn’t always the case when actors do press. They are even talking about using this as a jumping off point for a new franchise. We, and my new security guard friend, will have to wait until March 23, 2018 to pass judgement.

Supergirl: Comics for People Who Love the Show