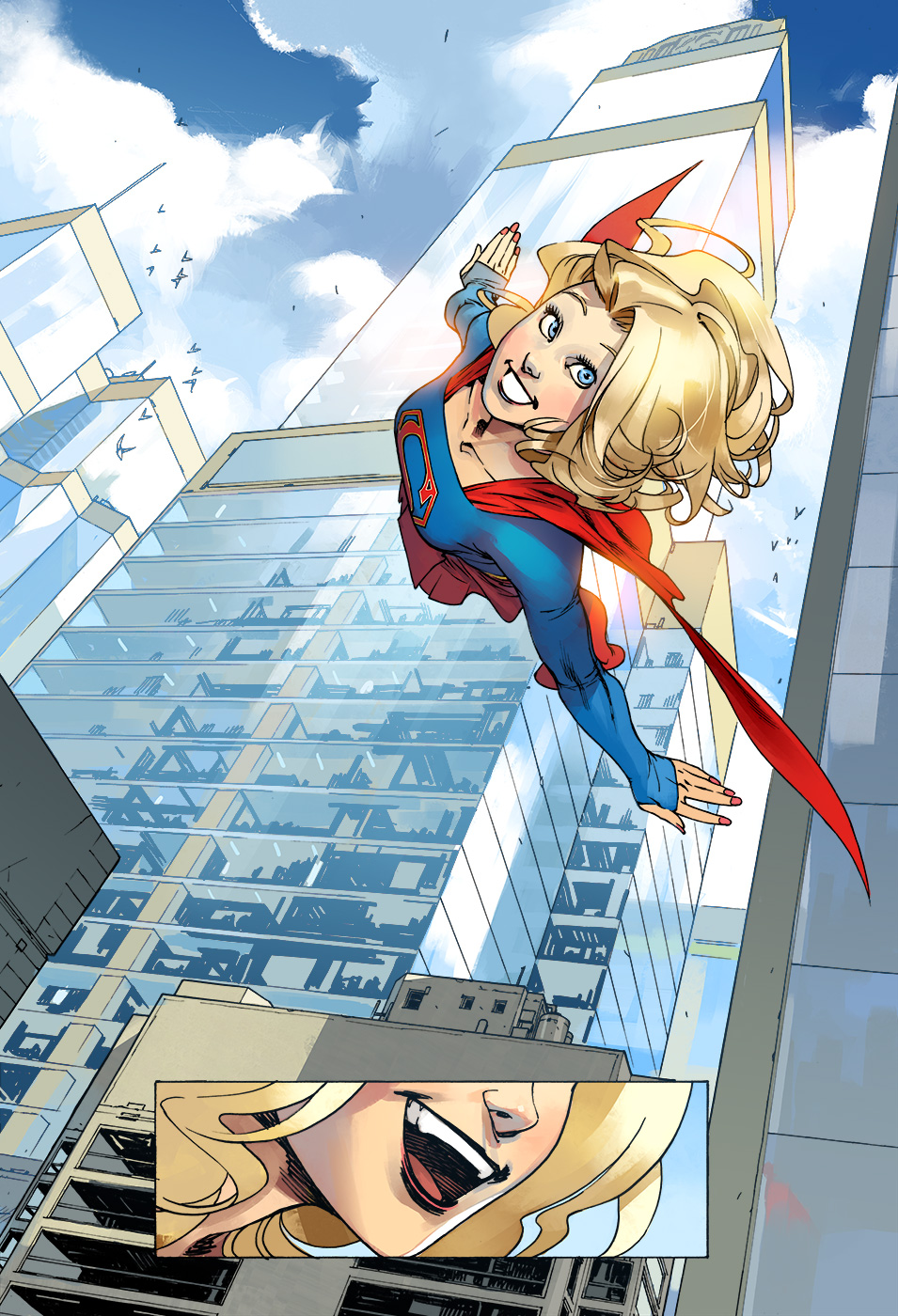 Welcome to Opening Panel, a series where we tell you the best place to start with franchise comics. Supergirl’s back on TV with a whole new set of adventures. If the show has made you want to read, but you’re overwhelmed by all of the options, don’t let confusing continuity and numbering be your kryptonite, here’s where to jump in.

A comic made for people who love the show, this comic exists in the world of the series. Acting as “lost episodes” or in-between chapters, Adventures is great if you’re not into starting an ongoing series. It’s several fun stories with great art, nothing too involved, but not just a throwaway tie-in either.

To keep a consistent tone with the show as well as make sure it had someone who could do right by the Maid of Might, writing duties fell to Sterling Gates. Gates has also written for the TV series as well as DC’s main Supergirl comic. The art features a collection of different artists including Bengal (Batgirl). Filled with lots of references to past Supergirl stories, but inviting to newcomers, it’s a good gift for the CW fan in your life.

Available digitally and in one paperback.

Cosmic Adventures in the 8th grade 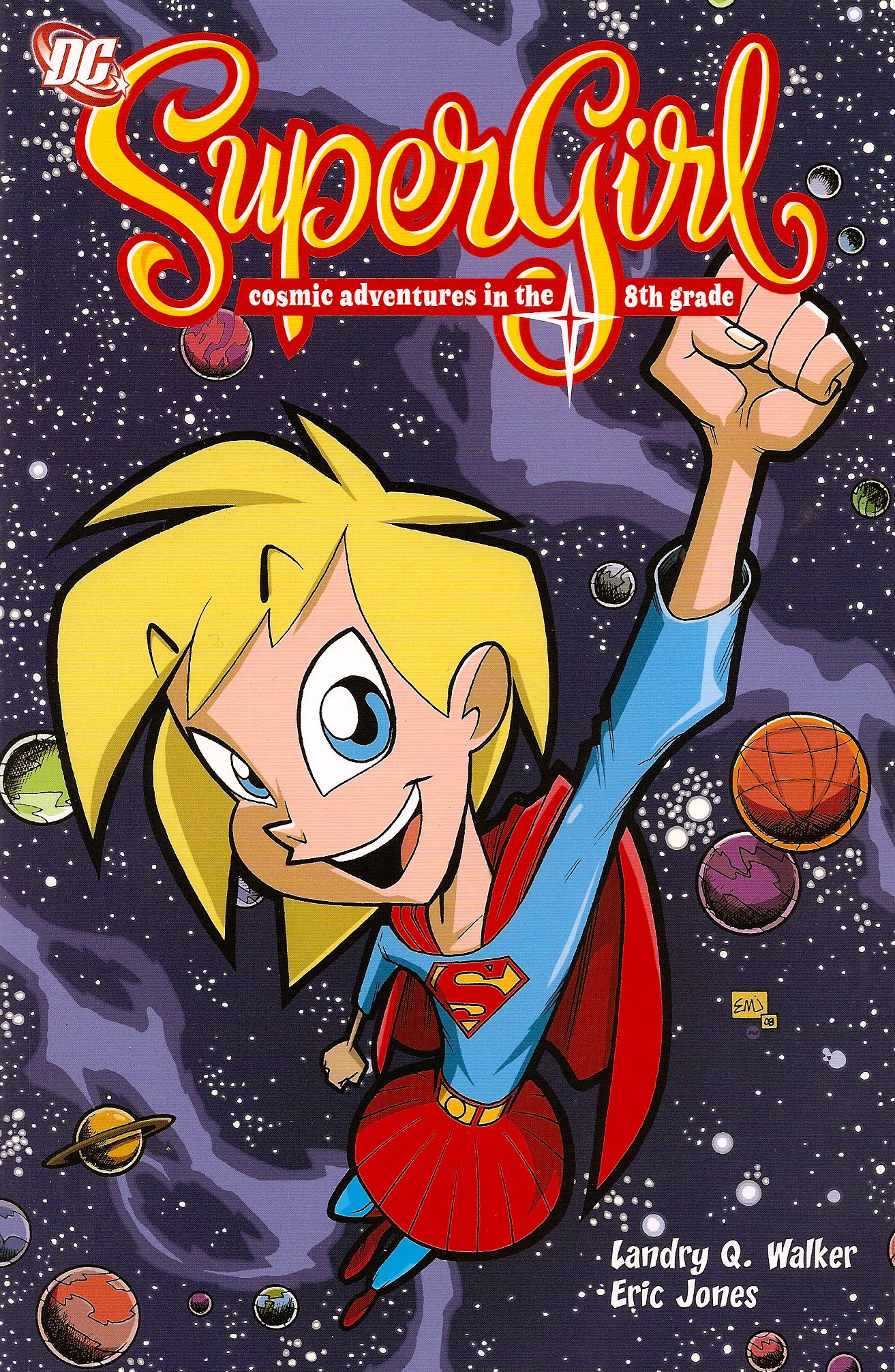 Perfect for younger readers, young Kara Zor-El lands on Earth and adopts the identity of Linda Lee and is enrolled in middle school. She has to deal with supervillains, and something much more sinister, middle school bullies.

She makes friend’s with Lex Luthor’s sister Lena, who hates Superman with a passion. Her bully is a Bizarro clone of her. And, oh, her very reality is being manipulated by an outside force.

Written by Landry Q Walker and drawn by Eric Jones, now the creators of Danger Club for Image Comics, it’s really fun. For all the Silver Age goofiness, it’s a story about going to school, making friends, and growing up. Great for kids just getting into comics or for ones who want to see more of Kara growing up.

Available digitally and in paperback. 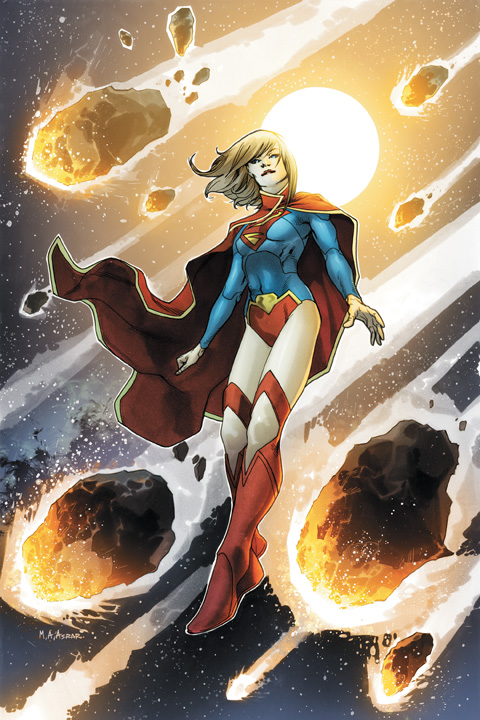 DC did a line-wide reboot in 2011 and with it, introduced a new version of Supergirl. This one was angry. She lost her planet, had to live on this stupid primitive Earth, and her cousin acted more like one of the humans than a Kryptonian.

Introducing new versions of classic villains and giving Kara her own rogues gallery, this Supergirl series set her apart from her more famous cousin. When he showed up in a series of crossovers, it actually bogged the series down, as only her chapters of the crossover are reprinted in this volume. You have to read the whole story separately.

Available in digital and paperback.

Rebirth was an initiative focusing on what made DC’s characters iconic. Supergirl was optimistic and hopeful once more. Merging aspects of the comic and the show, a teenaged Kara is adopted by DEO agents Jonathan and Eliza Danvers. She protects the world as the DEO’s secret weapon. She balances that, high school, and an internship with Cat Grant.

While technically a follow-up to the New 52 series, it can be read by itself. Volume one has her father return with all of the inhabitants of Argo City as Cyborgs too. Volume two pits Supergirl against Kryptonian Werewolves and Kara teams up with Batgirl, too.

Supergirl Rebirth by Steve Orlando (Justice League of America, Midnighter) and Brian Ching (Star Wars, Conan) is a great series for fans of the show, Smallville, and teens in general. Digital and paperback.