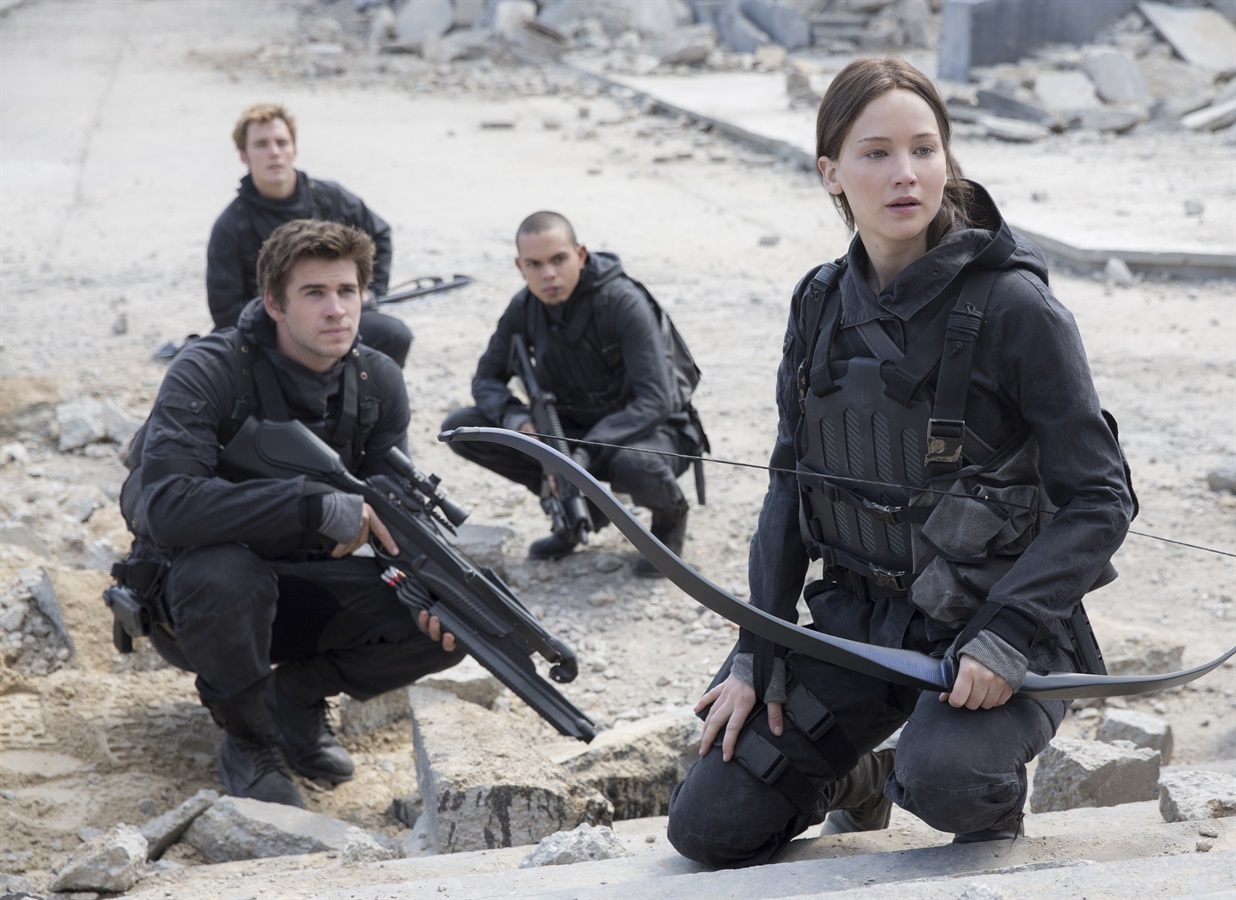 I’m slowly recovering from the excess of Halloween candy I ate during the month of October. I’m also trying to recover from the amount of must see movies that came out during the month. But we’ll find no relief for our cinema rewards cards in November. Two of the November movies (Mockingjay-Part 2 and Spectre) will likely become some of the highest grossing titles of all time. So take a break from raking leaves and check out our November movie preview. This list is something to be thankful for.

From Peanuts to Popcorn

You would be hard-pressed to find more beloved cartoon characters than Charlie Brown and the “Peanuts” gang. But they’re also a depressing bunch. If you can get past that, the group is back with a full length digitally animated adventure called The Peanuts Movie. Blue Sky Studios, who did Ice Age and Rio, made the film. So the animation should be good. We’ll see if the fairly standard “Peanuts” story being advertised resonates with audiences.

It’s pretty safe to say Spectre will resonate with audiences. If you’re a fan of action movies, you like James Bond. If you’re a British fan of action movies, you name your first-born child, James and your second, Bond. The 24th Bond film has already broken records in the UK, so expect this week’s US debut to be huge. In the film, Bond investigates a message from his past that leads him to uncover an evil organization called Spectre. Fans of classic James Bond stories will recognize the name. Will we get any more ties to the past films? Maybe a certain Ernst Stavro Blofeld? We’ll have to wait and see!

November 13th– The 33, Love the Coopers, My All American

The 33 is based on the true story of the 33 Chilean miners who were trapped in a mine for 69 days in 2010. Antonio Banderas stars in the film, which is sure to be stressful even if the happy ending is well known. I already didn’t like confined spaces. So this movie will probably make that worse.

With an odd collection of actors, Love the Coopers is a family Christmas story just like your own. …Well if your family was made up of famous, beautiful celebrities. The plot has a family coming together on Christmas Eve before hi-jinks ensue. I could list all of the actors, but lets just go with a small sampling. We have Diane Keaton, John Goodman, Olivia Wilde, Amanda Seyfried, Ed Helms, Marissa Tomei and about 50 more. I think they found their cast by searching random profiles on IMDB.

Looking for some inspirational sports drama? My All American stars Finn Wittrock, who trades his American Horror Story creepiness for some football cleats. He plays real life figure, Freddie Steinmark, who overcame his small size to play for the University of Texas. But things don’t get easier from there. Aaron Eckhart also stars as Longhorns coach Darrell Royal.

November 20th– The Hunger Games: Mockingjay- Part 2, The Night Before, The Secret in Their Eyes

Well if you haven’t yet jumped on board the Katniss Everdeen freight train that has conquered box offices, this is your last chance. The Hunger Games: Mockingjay- Part 2 is the fourth and final installment in the franchise. Katniss and the rebellion turn their sites on the Capitol. But wouldn’t you know it, the diabolical President Snow has turned his city’s streets into a Hunger Games of sorts with monsters, obstacles and death at every turn. I’m not quite sure I’ve recovered from reading this in book form years ago. It gets very depressing at times.

Joseph Gordon-Levitt and Seth Rogen re-team with 50-50 writer/director Jonathon Levine for The Night Before. The comedy has the two actors, along with Anthony Mackie, playing friends who get together for their annual tradition of Christmas Eve partying in New York City. But since this may be the last time they can do it, with work and family now getting in the way, they try to make this one count. The trailers are funny, which is enough to sell me on a comedy.

Julia Roberts plays a grieving mother who, along with her investigator colleagues, goes after the person who murdered her teenage daughter. Titled Secret in Their Eyes, this is a dark role for Roberts, who looks intense in the trailers for the film. Chiwetel Ejiofor and Nicole Kidman also star.

Rocky Balboa is back, but this time he’s a trainer for the son of his frenemy, the now deceased Apollo Creed. Sylvester Stallone stars alongside Michael B. Jordan, who plays Adonis Johnson. It’s an interesting concept for a movie because it allows us to see Stallone play Rocky again, but without the over the hill boxer fighting again. Jordan’s introduction to a comic book franchise (Fantastic Four) didn’t go so well. So we’ll see how he does joining another famous series.

The last time we heard from Pixar, they were getting all emotional with Inside Out. Now we see a world where dinosaurs and humans coexist in The Good Dinosaur. The plot has a young dinosaur trying to find his way home after being separated from his group. He befriends a human cave boy and they develop an odd-couple friendship.

I would have preferred Victor Frankenstein to be released before Halloween, but nobody asked me! Instead we’re getting it for Thanksgiving. Either way, it’s the intriguing story of Frankenstein’s rise from a medical student to a mad scientist all from the perspective of his friend, Igor. Daniel Radcliffe plays Igor alongside James McAvoy’s Frankenstein. I think on this website I could have just listed the two lead actors and that would be enough to get you all to the theater. What’s another iconic character when you are already known as Professor X or Harry Potter respectively?

Maybe it’s just my cinematic optimism, but this is another solid month for movies. I’m being pulled in a few different directions for my November movie picks. Spectre is an absolute must see. I’m also looking forward to The Night Before in the comedy category. But my sleeper pick is Victor Frankenstein. I’m still willing to see any movie Daniel Radcliffe stars in and this one looks pretty great to me. See you next month!