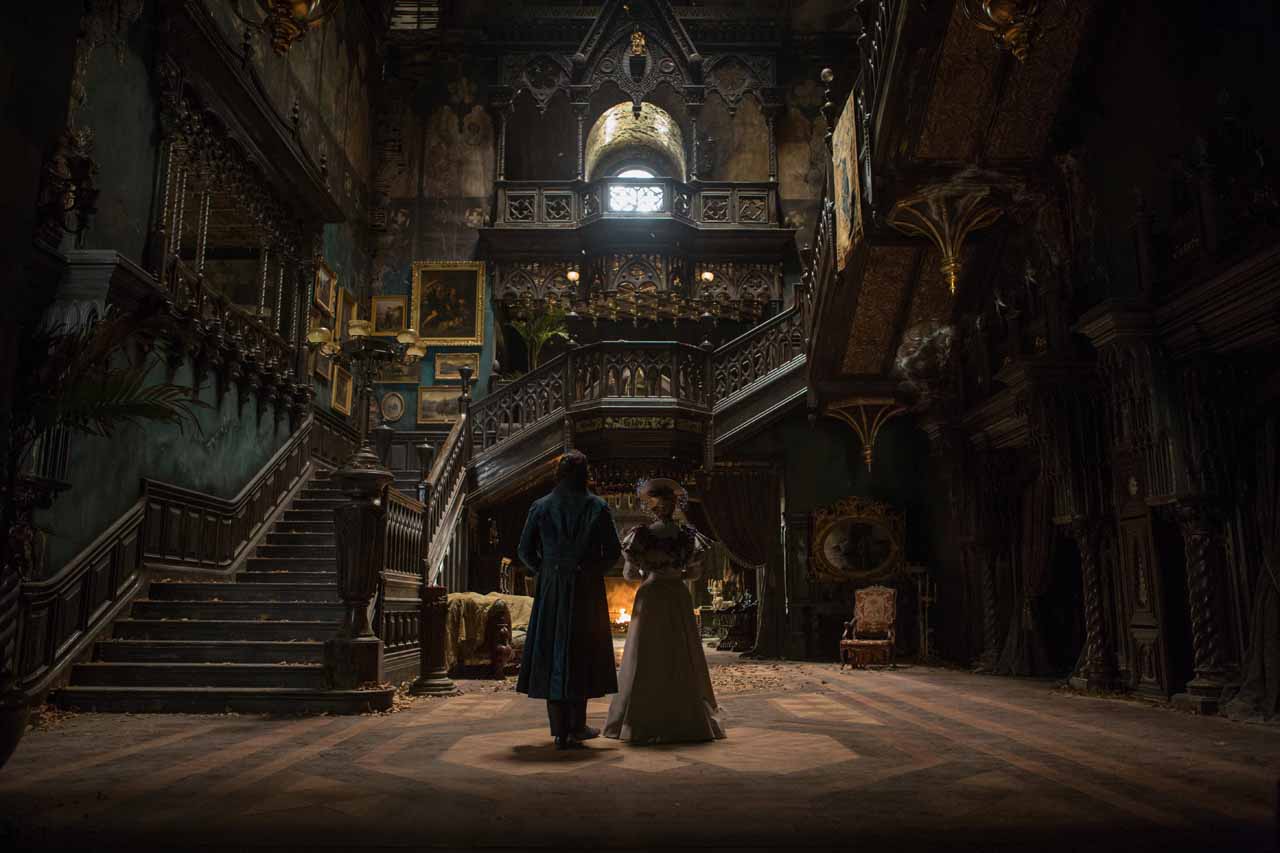 Okay so in hindsight I was a bit overly optimistic about September movies. But October really is good, I swear! There are some early Oscar contenders alongside blockbusters and plenty to choose from for the Halloween fan in all of us. The number of titles is hefty this month. Fourteen wide release movies means you’ll have to spend a good amount of your time at the theater if you want to see everything. Here’s our October movie preview.

Set Your GPS for Mars, Mexico, and Neverland

So this is the second time in the last year Matt Damon is playing an astronaut stranded on a foreign planet. This time that planet is Mars in the Ridley Scott directed adaptation of Andy Weir’s novel The Martian. After Damon’s character is presumed dead, he must try to survive while signaling to NASA that he is, in fact, alive. Hopefully Damon’s stranded astronaut is less of a jerk than the one he played in Interstellar.

Expanding to a national audience, Sicario is receiving rave reviews. Emily Blunt plays a FBI agent joining a task force to bring down a mysterious drug lord near the US-Mexico border. Wouldn’t it be something if in the end the drug lord was Voldemort or something? What a twist that would be. But this isn’t that kind of movie. Instead I imagine it will be highly emotional and quite gory.

It seems like Hugh Jackman has been out promoting Pan forever. But now audiences will finally get a chance to see it. Jackman plays Blackbeard, Neverland’s big bad before Captain Hook. But this movie centers on Peter Pan’s journey from an Earthly orphan to the magic of Neverland. Expect to see many of your favorites like the will-be captain, James Hook (Garrett Hedlund) and Tiger Lily (Rooney Mara).

Saving Private Ryan, Catch Me if You Can, The Terminal, and now Bridge of Spies. The list of collaborations between Steven Spielberg and Tom Hanks is an impressive list already. Their latest team up has Hanks playing an American lawyer brought in by the CIA to help save a pilot imprisoned in the Soviet Union. The Cold War era story is based on a true story.

Crimson Peak is not based on a true story. But if it was, that would be terrifying. Mia Wasikowska plays a newlywed in 19th century England. She discovers her new groom (Tom Hiddleston) is a bit shady when his family home is filled with ghosts and scary stuff. Jessica Chastain plays Hiddleston’s sister. Adding Charlie Hunnam and Guillermo Del Toro behind the scenes as director, Crimson Peak is the most star studded title of the month.

Goosebumps keeps the scary theme going, but on a more family friendly scale. Based on the children’s horror novels by R.L. Stein, Jack Black plays a fictionalized version of the author. But instead of following the script of one of the stories, the movie has Stein’s teenage neighbor accidentally freeing the monsters from the books by opening locked manuscripts. So expect to see the living dummy, the werewolf, the garden gnomes, and more from the most popular Goosebumps books.

Six of One and Half a Dozen of the Other

Now this week has an excessive amount of movie releases. Six in one week seems a bit over the top. But let’s preview them anyway. Burnt is a cooking drama starring Bradley Cooper. How dramatic could a movie about cooking really be? Well let me answer my own question. Very dramatic! Cooper’s character is a chef who loses everything due to his drug abuse and over the top antics. But he attempts to right the ship and find his way back to prominence.

Kids born in the 80s will be thrilled by the big screen adaptation of Jem and the Holograms. A popular cartoon that was part of the gold mine that was 80s animation, the story has a girl and her band attempting to make it in the biz. Will this have the success of Transformers, G.I. Joe, and other 80s adaptations? We will see, but I definitely don’t see this as a sure thing at the box office.

Out from behind the steering wheel, Vin Diesel plays The Last Witch Hunter, who must stop a bunch of witches who are attempting to kill all the humans in New York City. But he has to ask for help from a witch (Rose Leslie from Game of Thrones). So he’s going to have to be both fast and furious if he’s going to win this battle. That’s some good comedy I did right there, folks.

Paranormal Activity: Ghost Dimension is being described as the sixth and FINAL installment in the ghostly saga. But that is surely contingent on how much money it makes. The story has a family moving into a…who are we kidding? It doesn’t matter. People get scared by ghosts. The audience gets scared by ghosts. We go home and sleep with the lights on.

Bill Murray plays a washed up rock manager in Rock the Kasbah. Stranded in Afghanistan after bringing a client on a USO tour, he attempts to manage an Afghan girl through a reality singing competition. Bruce Willis, Kate Hudson, and Zooey Deschanel also star.

The latest take on Steve Jobs expands to national audiences this month. You’ll never guess the title. It’s called, Steve Jobs…creative. Michael Fassbender plays the technology mogul in this take. There are a number of other interesting casting choices for the real life supporting cast at Apple. But the one that stands out to me is Seth Rogan as Apple co-founder Steve Wozniak. How cool is that?

October 30th– Our Brand is Crisis, Scouts Guide to the Zombie Apocalypse

In Our Brand is Crisis, Sandra Bullock plays a cut throat campaign manager/political consultant hired to win a Bolivian election. The film is a dramatized version of the real life events that were first told in a 2005 documentary film of the same name. Believe it or not, it’s been over two years since Bullock’s last live action role. But we mustn’t forget the animated Minions, which made just over a bazillion dollars.

We’ve seen zombies take on all types of people over the years. In Scouts Guide to the Zombie Apocalypse we see how the boy scouts would handle it. The film takes a comedic approach, but there are zombies so brains must get eaten at some point. It’s a requirement.

So that’s that. I don’t think it will be too hard finding something to go see on this list of October movies. At the top of my queue is Crimson Peak, which will surely terrify me. From that same release date, I just can’t help but be intrigued by Goosebumps. It looks excessively silly, but it may be a lot of fun too. I think I even found my Halloween costume from this list. I’m going as bad ass, federal agent Emily Blunt.