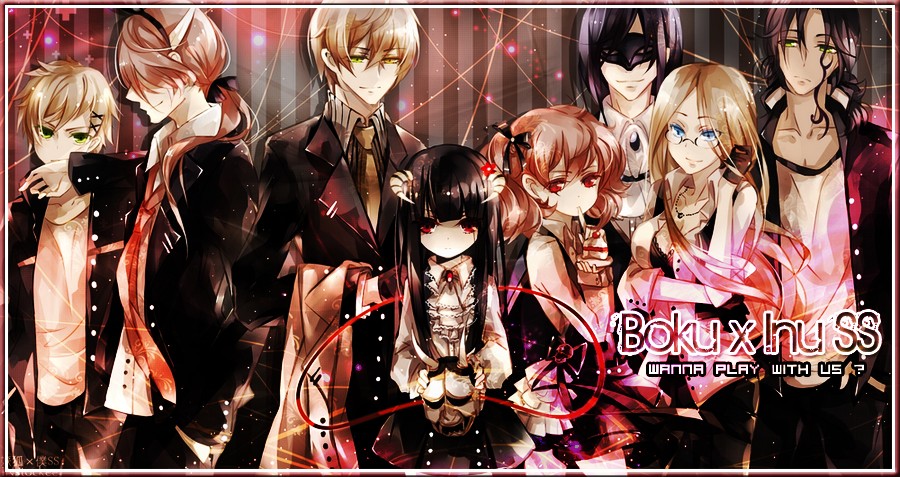 What viewers look for first when watching an anime is a good storyline. Then comes good graphics and amazing voice acting. But what would probably be the least interesting would be a relatable plot. After all, we aren’t watching anime because we’re interested in how it relates to what’s going on in our own lives, are we? Luckily, you can class Inu x Boku SS in a category all to itself since it has a good story and it’s also very easy to relate to. 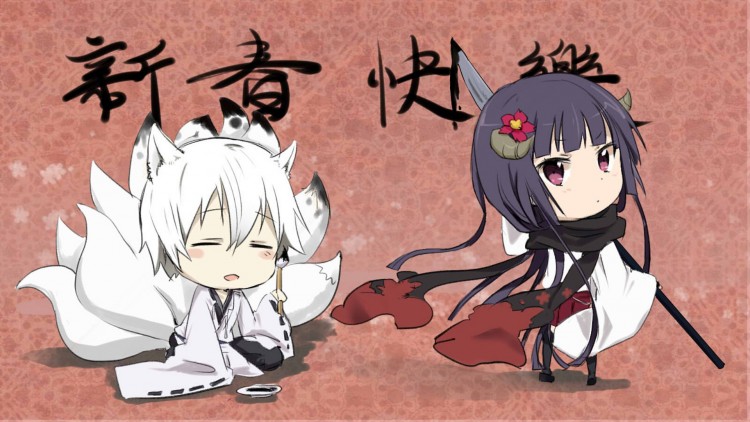 In this 12 episodes long anime, the story is centered around a mansion named Ayakashi Kan. What’s special about this mansion is that only residents that have cleared a very strict exam can reside there, and they are accompanied by an agent of the Secret Service (S.S.). Each resident living at Ayakashi Kan is a human with demon ancestry. The heroine of the story is a girl named Ririchiyo Shirakiin. She moved in to Ayakashi Kan in order to live a more independent life, and has even chosen not to have an S.S.. However, an S.S. introduced himself to her as Soshi Miketsukami and he intends to follow her around everywhere in order to protect her.

So how is an anime about half-humans with half-human body guards such a relatable anime, you might ask? There are some interesting and notable reasons for this that we’ll dive into. Not only does Inu x Boku SS relate to us as people, but it also relates to the surroundings in which we find ourselves. 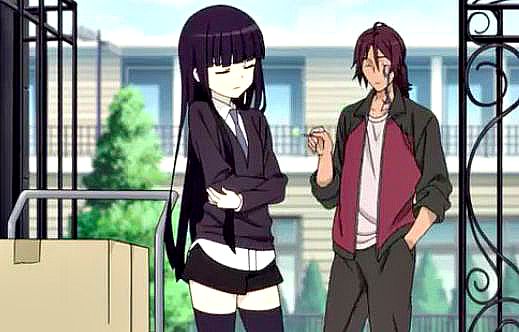 Only five minutes into the anime, we meet our protagonist. Ririchiyo is a proud girl that doesn’t show weakness, as much as she can help it anyways. Although exaggerated to a certain extent, most of us act one certain way in public and another way in private. It is a way for us to hold our image and keep a good reputation, then let loose and relax where no one can see us. 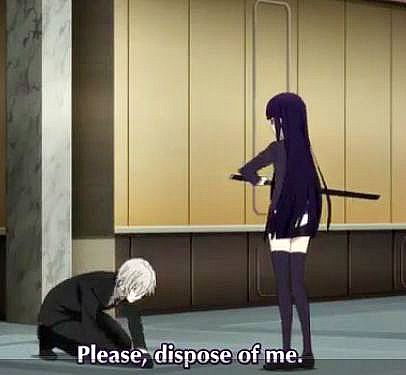 Suddenly, we’re thrown into the complicated relationship of a master and their servant. This is indeed less relatable, but not unusual. We’ve always seen relationships where the servant is devoted in serving his/her master, while we ourselves cannot comprehend this, especially so in this anime. Soshi, as he has introduced himself, had only just met Ririchiyo, and immediately, he’s laying the fate of his own life in Ririchiyo’s hands. In a sense, the story could very well be pointing at the people who do good and serve others more than serving themselves. Most of the time, I’d be amazed because these people would go around giving more than they receive. This is an extremely hard thing for a human to do (see what I did there? Soshi is, after all, not entirely human).

The anime goes on to emphasize this by making Soshi the equivalent to a loyal puppy. He’s always following Ririchiyo around, and always overly emotional and thrilled at every moment he gets with her, then extremely upset whenever he has to part from her.

Who doesn’t love food? That’s especially so with a character named Roromiya Karuta, an S.S. who thinks only of food, and nothing else. Though also exaggerated, we, too, can relate to her sometimes as well, since everyone enjoys a hearty meal or a snack every now and then. 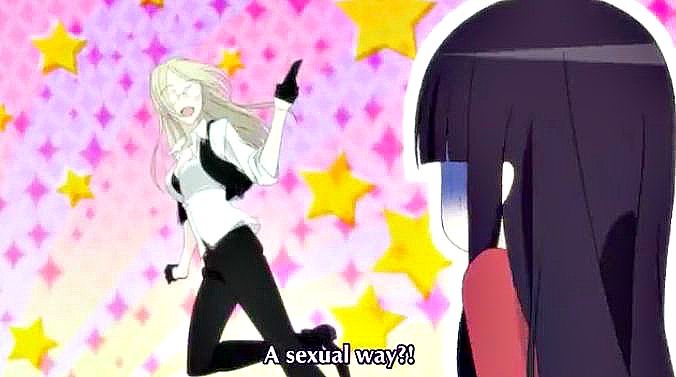 Just when you think this anime can’t get any more relatable, it does just that. Already, in the first episode, we’re introduced to a character named Yukinokouji Nobara, an S.S. who fangirls about just about everything. She admires Ririchiyo’s body as a sort of eye candy, and doesn’t hide that from everyone. It’s something a lot of us have done at least once, and this character boldly voices her opinions. Contrary to us, who would likely just think these things and keep the thoughts to ourselves. After all, we still need to have a good reputation for ourselves in the public, don’t we?

What else can you say? It’s rare to find a transgender in Japanese media. Homosexuals, perhaps – after all, there are yaoi’s and yuri’s – but nothing as specific as transgenders, which is what we find in the 4th episode.

All Those Chains and Whips 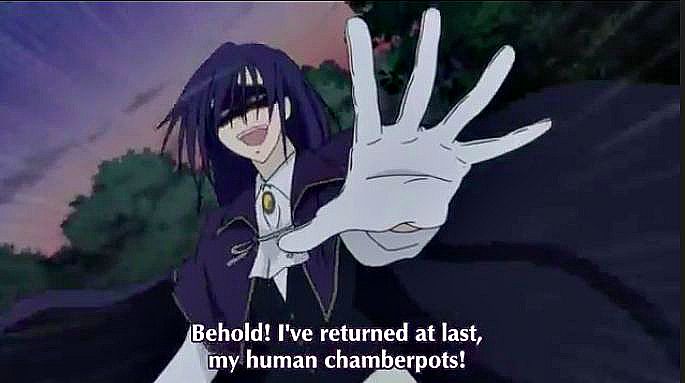 What’s the first thing you think of when you hear the phrase Human Chamberpots? Perhaps someone who doesn’t have any respect for others? Oh, here, let me give you a hint. How about the words chains, whips, rope and wooden horses?

You can guess what reference this is making in the anime when a character named Shoukin Kagerou appears – seemingly out of nowhere, complete with mask – and suddenly, everything is being classed under either sadistic or masochistic. Along with this, he also gives everyone in the group of residents in the mansion gifts that include whips, a wooden horse, and the famous ropey ropes used in Shibari Japanese rope bondage.

This anime is definitely a must watch. It has a simple plot and grabs your attention with all the references it makes that are true to life. The story constantly switches between both serious and humorous, forcing you to wonder if the story itself is supposed to be serious or not. You can never tell, since each antagonist that appears in the plot either becomes someone irrelevant or just another troll. If you would like a short, light-hearted anime with great music then watch Inu x Boku SS!

I'm an undergraduate University student who plans on going into writing and/or editing as a career. I enjoy reading, writing and online role playing. I also enjoy doing digital art, watching Supernatural, anime, cosplaying, and am currently wedged in the Ai No Kusabi fandom along with the Supernatural fandom.