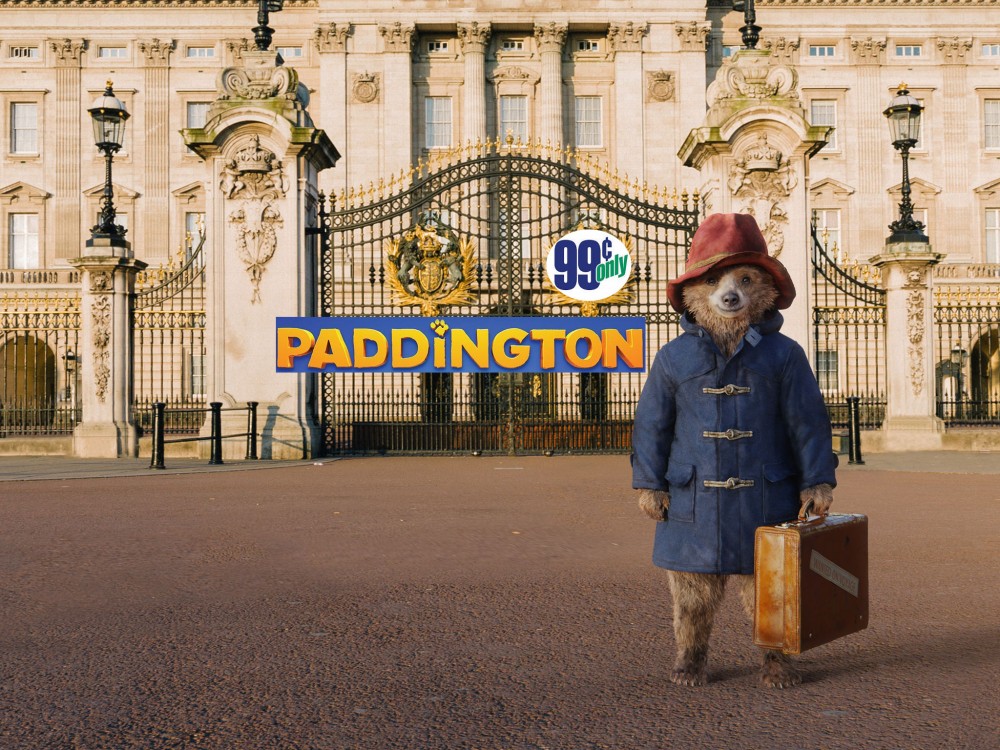 This week, iTunes explores its softer side with a warm and cuddly, live-action adaptation of Paddington. 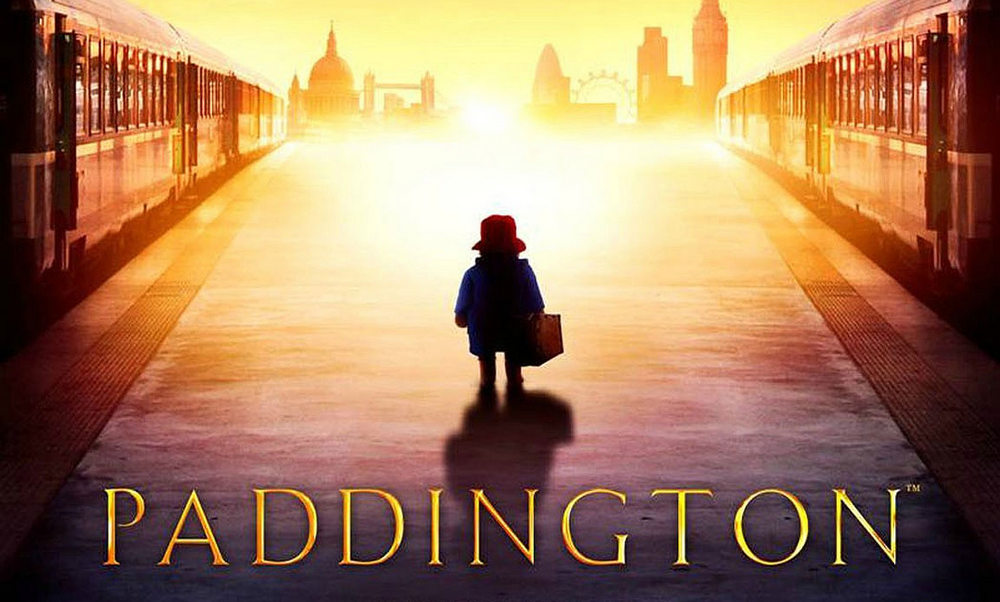 Deep in the jungles of Darkest Peru there dwells a vile family of beasts so terrifying as to instill fear in even the bravest explorer. Hiding in the shadows of the treetops, the fearsome creatures feed on only one thing…marmalade. But seriously, there’s nothing to fear in those jungles. The marmalade-obsessed family of bears we meet at the beginning of Paddington could not be any nicer…or more charming. Yep, life is pretty sweet for Uncle Pastuzo (Michael Gambon), Aunt Lucy (Imelda Staunton), and their rambunctious nephew Paddington (Ben Whishaw). They live in a wicked-slick treehouse, have a seemingly endless supply of marmalade ready fruits, and above all else they have each other. They all speak fluent English by the way, thanks to a visit from a British explorer who was most happy to teach them the joys of London-life. But paradise doesn’t last for the happy family and their lives soon take a tragic turn. In the wake of a devastating earthquake, Paddington is sent to London to begin a new life and find a place to call home.

Life in the bustling UK is not what Paddington expected. In search of a friendly face, he finds himself lost, alone, and down to his emergency marmalade sandwich. What’s a bear to do? Luckily, the last train of the night delivers The Brown Family. Henry, Mary, Judy, and Jonathan are hesitant to take a strange bear into their home, but kindness prevails and Paddington soon finds himself in the warm confines of the Brown home. Hijinks ensue as the wily fuzzball acclimates to life amongst humans and specifically the British (so many manners). But are The Browns the family that Paddington is searching for? Can the wayward bear make a place in our world? Or will a psychotic taxidermist make a trophy of the lovable ursine? Action, adventure, marmalade! All this and more await as Paddington cleverly tells the story of a sweet little bear with a great big heart. 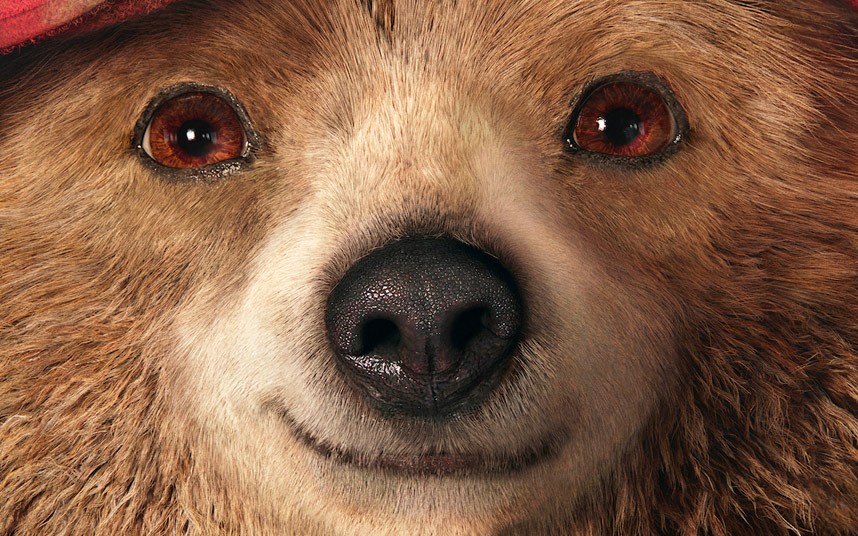 Written by Michael Bond, the heartwarming tale A Bear Called Paddington was first published in 1958 and spawned a wildly successful series of Paddington stories. Bond’s delightful series maintains classic status and is still required reading for children all over the world. In 1976, the stories were adapted into an animated BBC series that featured a stop-motion Paddington interacting with paper-cutout environments and characters. The DIY feel of that show and its tender narration added an extra level of warmth to Paddington’s shenanigans. I remember watching the series on PBS as a kid. That Paddington was like a glass of milk and a warm blanket to me. It was the warmth that I expected to be missing from a fully CGI rendering of the beloved character. To date, lifeless eyes and unnatural, even creepy movement is all CGI has had to offer. My fears only grew when I read that CGI Paddington would be interacting with real actors in live environments. Was Hollywood out to destroy yet another of my childhood memories? I still have nightmares about computer generated Ninja Turtles (2014) and don’t even get me started on The Smurfs (2011).

And yet, there I was about halfway through Paddington with a big, dumb smile on my face as the silly bear tangled himself in scotch tape, his bewildered eyes plotting escape from the adhesive prison. That’s right, bewildered eyes…in a CGI character. I don’t know how Director Paul King and his effects team did it, but they’ve pulled off a minor miracle. Their Paddington may be the first computer generated character capable of showing palpable emotion. Anguish, desire, and even overwhelming joy are written all over the face of their animated bear. It’s in his eyes, his smile, and even his twitchy little nose. Couple that emotional range with Ben Whishaw’s sweet-tempered voice work and King finds bona-fide warmth. In that discovery, he delivers the old-fashioned spirit of Paddington Bear.

In that spirit, a bear is only as good as his family…and Paddington has an impressive supporting team surrounding him. Sally Hawkins and Hugh Bonneville play Paddington’s would-be parents, Mrs. and Mr. Brown. Hawkins personifies kindness with a smile that spontaneously inspires calm even in her more fidgety moments. Bonneville on the other hand is all stuffy Britishness, but the actor presents a deep layer of empathy and compassion just beneath his quippy nature. Filling out Paddington’s new world are the enigmatic Julie Walters as The Brown’s wise old housekeeper and the ever-dazzling Jim Broadbent in a small but memorable role as a local antiques dealer. Nicole Kidman turns up too doing her finest Cruella de Vil impression as troubled taxidermist Millicent Clyde. I suppose the film needed a villain, but…well, maybe not. Petty villainy doesn’t really complement this story. Paddington‘s message of love, compassion, and family are better suited to his personal journey…a journey you should experience with those you love. Preferably with a bucket of popcorn and nice warm blanket.

You bet, even in spite of its flaws. For the record, Paddington runs a bit too long, will certainly leave die-hard fans of the books a bit cold, and may have a few moments too scary for kids under six. Still, it’s hard not to love this silly story of a little bear in the big city and it is absolutely worth your dollar this week. Take a family night, make a few marmalade sandwiches, and enjoy this one, folks. And please, try not to feed the pigeons. Trust me.

CoverGirl Strikes Back With Their Star Wars Inspired Makeup