CoverGirl Strikes Back With Their Star Wars Inspired Makeup 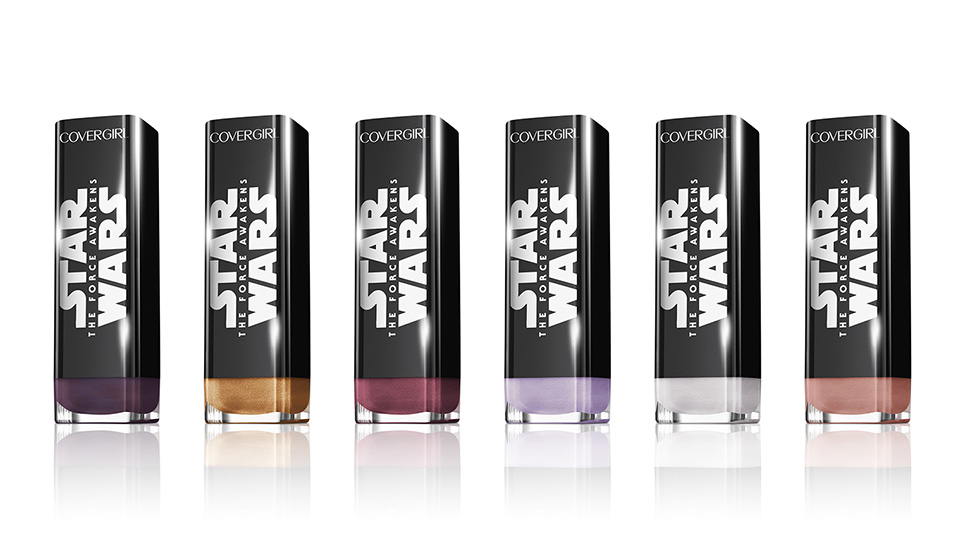 The force is strong with the release of CoverGirl’s latest makeup collection. With Star Wars: Episode VII—The Force Awakens coming to theatres in December, renowned makeup artist and CoverGirl Global Creative Director Pat McGrath came together with her team to create a 19-piece collection inspired by the franchise.

“Over the years, there have been so many iconic characters that have become integrated into our culture in such a major way that it’s hard to imagine a world without Star Wars,” said McGrath.

Taking a pop culture staple like Star Wars and finding a way to incorporate it into the world of beauty is something the CoverGirl team did extremely well. McGrath created six beauty looks; three inspired by the Light Side, and three by the Dark Side, to give fans the opportunity to experiment. 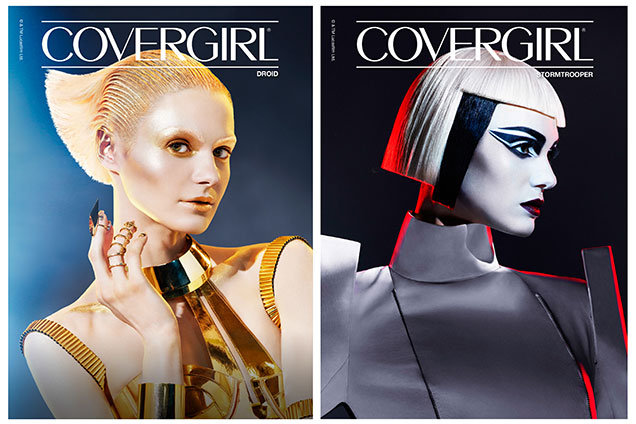 “When preparing these looks, I created mood boards for each of the characters consisting of photographs, works of art, makeup looks, film stills, and actual materials and textures that were inspiring to me,” says McGrath. The six looks she created were the Droid, Jedi, and Mystic, on the Light Side and the Stormtrooper, Dark Apprentice, and Chrome Captain on the Dark Side. “After a series of tests, the looks evolved and went through many incarnations before we decided on the final look.”

The limited edition collection includes six new Colorlicious lipsticks — one for each of the campaign looks, three Outlast Stay Brilliant Nail Glosses, and 10 Super Sizer by LashBlast Mascaras. The Light Side mascaras are waterproof, and the Dark Side use the regular formula, but all tubes feature memorable quotes from the films including “You’re My Only Hope” and “Do, Or Do Not, There Is No Try.”

Every piece of the collection is out of this world and will take your beauty look to another galaxy. So whether or not you’re dedicated to being a Droid, or captivated by becoming a Chrome Captain, there is something for everyone.

May the Force be with you (and your newest makeup bag essentials).