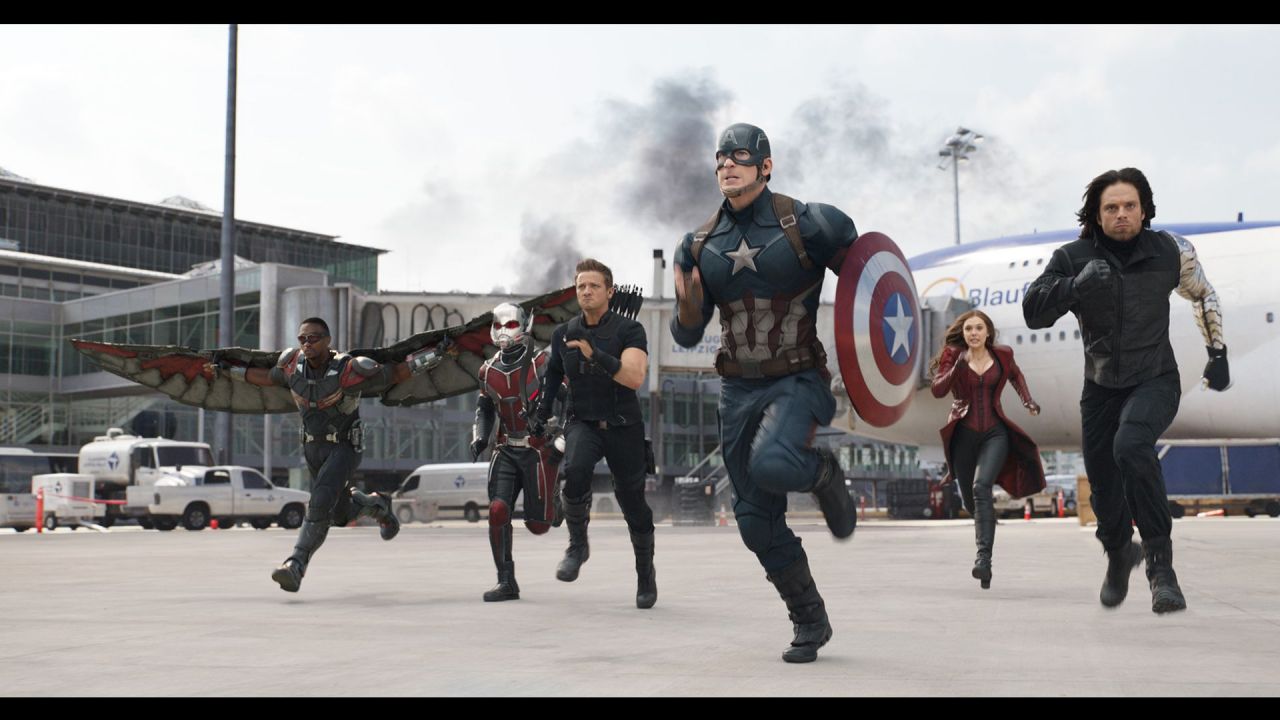 Last year, I wrote about Marvel’s affinity for conquering the box office in May of every year. This year looks to be the same. While the early portion of 2016 has had some big titles, May movies are an entirely different animal. We have two comic book films, four sequels, some comedy, horror, and even animation. It’s really a great month to get reacquainted with your local cinema. So what if the weather is getting nicer? Captain America fights Iron Man! Here’s our May movie preview.

It’s the biggest superhero showdown since… last month when Batman fought Superman. But this one is a bit more political. Captain America: Civil War pits Avengers teams led by Captain America and Iron Man against each other. Most of our favorite superheroes have picked sides… except Thor and Hulk. Who knows what they’re up to currently? A lot of the hype around the film focuses on the newcomers joining the fray. Chadwick Boseman’s Black Panther and Tom Holland’s Spider-Man make their big screen debuts in Civil War. Oh and did I mention Hawkeye is still shooting arrows at people… Yeah, that will really be effective against enemies like The Vision.

May 13th– The Darkness, Money Monster

It would seem The Darkness isn’t about that band from the 2000s with the same name. It’s a creepy movie involving supernatural forces, creepy wolves, and the kid who plays Bruce Wayne on Gotham (David Mazouz). Filmed in 2014, he looks a lot younger in the movie than he does now. He stars alongside some big names like Kevin Bacon and Jennifer Morrison.

From director Jodie Foster, Money Monster stars George Clooney as the host of an over-the-top finance show and Julia Roberts as his producer. A man (Jack O’Connell) who has lost all his money through investments takes Clooney hostage for all to see on national television. It looks to be a thriller with some financial talk mixed in.

I’m going to be tuning into The Angry Birds Movie for tips because every time I play the game there’s always that one level I can’t get past. But it looks like there might actually be more to the movie than a 90 minute version of the game. The birds are forced to adapt when pigs suddenly show up on their island. The voice cast is a pretty memorable one with Jason Sudekis and Bill Hader leading a group that includes Peter Dinklage and Sean Penn.

The end of the Seth Rogen and Zac Effron led comedy, Neighbors seemed pretty final. The fraternity causing chaos next door left and peace was restored for Rogen’s character and his family. But would you believe that for the sequel, Neighbors 2: Sorority Rising, a sorority moves in next door and begins causing even more shenanigans. This time Rogen and his wife, played by Rose Byrne, team up with Effron’s former frat bro to handle the sorority sisters.

The Nice Guys pairs an enforcer, played by Russell Crowe and an unfortunate private eye, played by Ryan Gosling. When investigating a death, they uncover a criminal conspiracy. The dark comedy is set in the 1970s. So even if this isn’t your genre, I’d say Ryan Gosling with a mustache is probably worth the price of admission.

May 27th– Alice Through the Looking Glass, X-Men: Apocalypse,

The 2010 version of Alice in Wonderland was a huge hit for Disney and director Tim Burton. But it has taken six years for a sequel to get made. Most of the principle cast is reunited for Alice Through the Looking Glass, but this time with Burton as a producer and The Muppets director James Bobin at the helm. Alice returns to Underland to find that The Mad Hatter (Johnny Depp) needs help. Meanwhile the Red Queen (Helena Bonham Carter) and Time (Sacha Baron Cohen) cause chaos on two separate fronts. It’s also worth noting that Alan Rickman does return as the caterpillar in one of his last performances before his death in January.

X-Men: Apocalypse pits our favorite mutants against the titular Apocalypse, the world’s first mutant, who reemerges with a plan to destroy humanity. Apocalypse is a fan favorite villain from the comics, so I’m excited to see how this plays out. The majority of the young X-Men from First Class and Days of Future Past return led by James McAvoy’s Professor X and Michael Fassbender’s Magneto. Magneto actually joins Apocalypse as one of his four horsemen. The trailers also show an expanded role for Mystique played by Jennifer Lawrence.

So that’s our May movie preview. May tends to have fewer releases than other months because studios don’t want to put up smaller movies against the biggest draws. With the three big blockbusters, Captain America: Civil War, Alice Through the Looking Glass, and X-Men: Apocalypse there are some great options. My pick for the month is X-Men. Apocalypse is my all time favorite comic book villain. So I can’t wait to see how Oscar Isaac plays him. He destroyed Starkiller Base as Poe Dameron in Star Wars six months ago and now he’s fighting the X-Men. What a year for him! And what a month for movies!