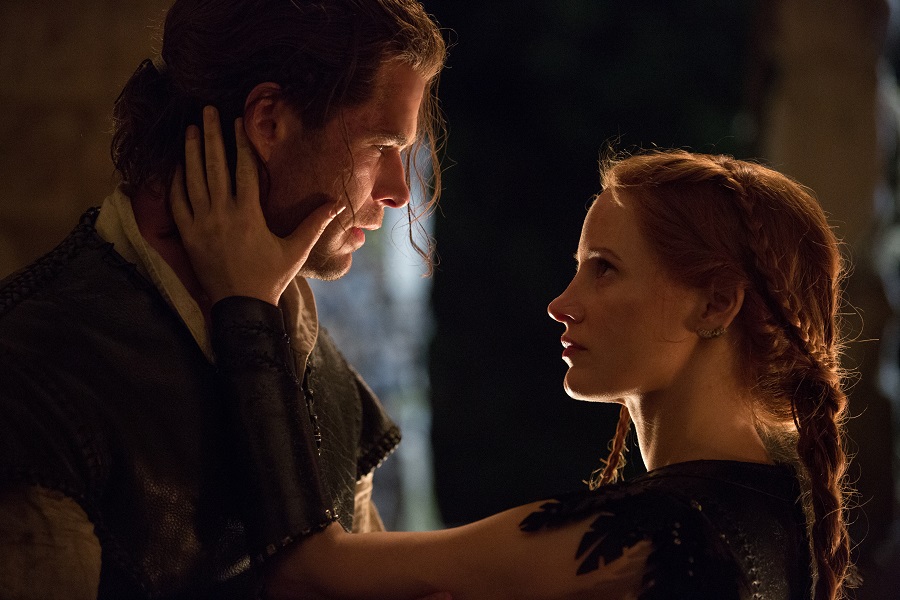 The first few months of the year are always a bit of a mixed bag at the movie theater. We’re finished with the award show art films, but studios are saving their biggest titles for the summer. This year we’ve already had a few huge success stories with Deadpool, Zootopia and the massive debut of Batman v Superman: Dawn of Justice. Sure half of you reading this probably hated Dawn of Justice and the other half loved it, but your wallet has already done the talking. The movie is a hit. So what can we expect from April? Well on paper it looks like a bunch of movies competing for second place behind Batman and Superman. But maybe one or two titles will surprise us. Here’s our April movie preview.

There have been a handful of religious films that had wide releases this year to coincide with the Easter season. God’s Not Dead 2 is the latest. This one stars Melissa Joan Hart and Jesse Metcalfe. Hart plays a teacher who faces backlash after quoting scripture in the classroom. Her situation leads to a court case focused on religious rights.

Has anyone else noticed that Melissa McCarthy’s roles often involve her character being a jerk for a while but then ultimately we’re supposed to feel sorry for her? (Bridesmaids, Identity Theft, The Heat) Well it seems like that’s what The Boss is about too. McCarthy plays a successful businesswoman who attempts to rebrand herself after being released from prison. So she turns her focus to a group of girl scouts. Kristen Bell also stars in the film directed by McCarthy’s husband, Ben Falcone.

After seeing quite a bit of advertising for Hardcore Henry, I’m not quite sure if its first person perspective will be a fun change of pace or a tough to follow gimmick. In the film, Henry is brought back from the verge of death with no memory. So while trying to remember who he is, he must save his wife from a warlord.

April 15th– Barbershop: The Next Cut, Criminal, The Jungle Book

Ice Cube and the rest of the Barbershop crew are back for the third time in Barbershop: The Next Cut. I’m not counting the Queen Latifah spinoff Beauty Shop. So apologies if that offends any fans of the Barbershop cinematic universe. In The Next Cut, the group has to work to defend the neighborhood from local gangs. Well that’s the plot mixed in around hair related humor.

One ad online for the film Criminal showcases how many of the film’s cast members have starred in comic book movies. (Kevin Costner, Gal Gadot, Tommy Lee Jones, Gary Oldman, Ryan Reynolds.) Maybe that will help the film, but there are no capes to be found here. The story has a dead CIA agent’s (Ryan Reynolds) consciousness transferred to the mind of a convict (Kevin Costner) in order to complete one last mission. Off the top of my head this is the third body switching movie Reynolds has starred in with Self/less and The Change-Up. That’s kind of a weird sub-genre to keep turning to.

Every time I see The Jungle Book, the live action/CGI hybrid directed by Jon Favreau, mentioned I spend the whole time trying to remember who is a good guy and who is bad. Well I know Baloo is good, so that’s a start. All the hype around this adaptation has been with the voice cast that includes Bill Murray, Ben Kingsley, Idris Elba, Scarlett Johansson and Christopher Walken. Though as I said, they are a voice cast so the visuals and story will need to deliver for this to work.

Elvis & Nixon is the movie meet-up that has your history teacher as excited as you were for Batman v Superman. Based on the true meeting between the singer and the president, it’s hard to believe some of the off the wall claims about this encounter. With Michael Shannon as Elvis and Kevin Spacey as President Nixon, this is quite the odd couple comedy.

How can they make a sequel to Snow White & The Huntsman without Kristen Stewart’s Snow White? Well they’ve done it with a film that’s part prequel and part sequel called The Huntsman: Winter’s War. Chris Hemsworth returns as Eric, the Huntsman along with Charlize Theron’s Ravenna, the Evil Queen. Newcomers include Freya, the Ice Queen played by Emily Blunt and Eric’s thought to be dead wife, Sara, played by Jessica Chastain. So maybe they’ll just say Snow White is off singing to birds in the forest or something.

To answer your first question, no Keanu is not about Keanu Reeves. It’s actually about a cat. Key & Peele star in the film where their average guy characters act as drug dealers in order to find their stolen cat. It also must be said that when I watched the trailer on IMDB it was preceded by an ad for cat food. Coincidence? I think not.

Garry Marshall who created Happy Days, directed Pretty Woman, and has been involved in tons of other famous projects continues his recent run of holiday themed romantic comedies with Mother’s Day. There was Valentine’s Day in 2010 and New Year’s Eve in 2011. But unless there is a surprise cameo, this is the first of the three to not feature Ashton Kutcher. What a travesty. This one’s stuck with small names like Jennifer Aniston, Kate Hudson, and Julia Roberts.

Dust off your Playstation 2 for the film debut of Ratchet & Clank. The characters, which have appeared in several games bearing their names, are a pair of underdogs who must save their galaxy from the evil Chairman Drek. The film is a retelling of the first video game, which was released back in 2002.

So the April movie list isn’t really anything to write home about. There are some fun titles, but nothing will be as big as Doomsday terrorizing Gotham. As for my recommendations, I enjoyed the original so I’m expecting good things from The Huntsman: Winter’s War. Also I’d be willing to bet a Key & Peele movie will be funny. So with that, let’s get through this month and we’ll meet back in May when both The Avengers and X-Men are in action.