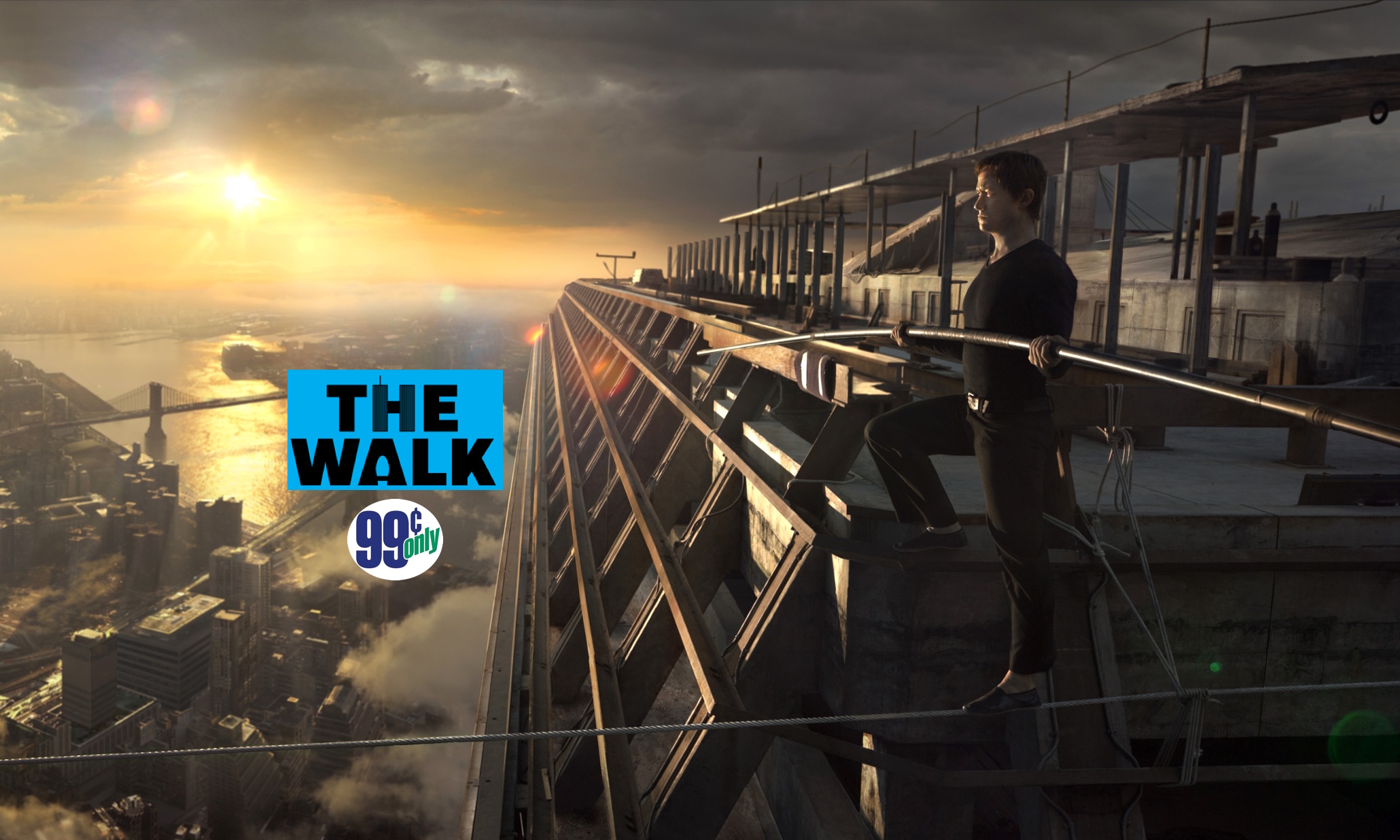 When I See a Beautiful Place to Put My Wire, I Cannot Resist

On August 7, 1974 a bustling crowd of New Yorkers stood still in the shadows of the World Trade Center and gazed at the sky. What they saw was 24-year-old street performer Philippe Petit walking on air. Well not quite. The daring Frenchman was actually walking on a 200 ft length of wire stretched between the north and south towers. For 45 minutes the fearless performer kept his rush-hour audience enthralled with what would be coined, ‘the artistic crime of the century’. The moment was the culmination of six years of preparation and the staunch dedication of Petit and a wily team of accomplices. Robert Zemeckis’ The Walk seeks to bring Petit’s story back into the mainstream by dramatizing the events that led up to Petit’s famous wire-walk. Poorly written, over-acted, and lacking in spectacle, this walk falls flat on its face. 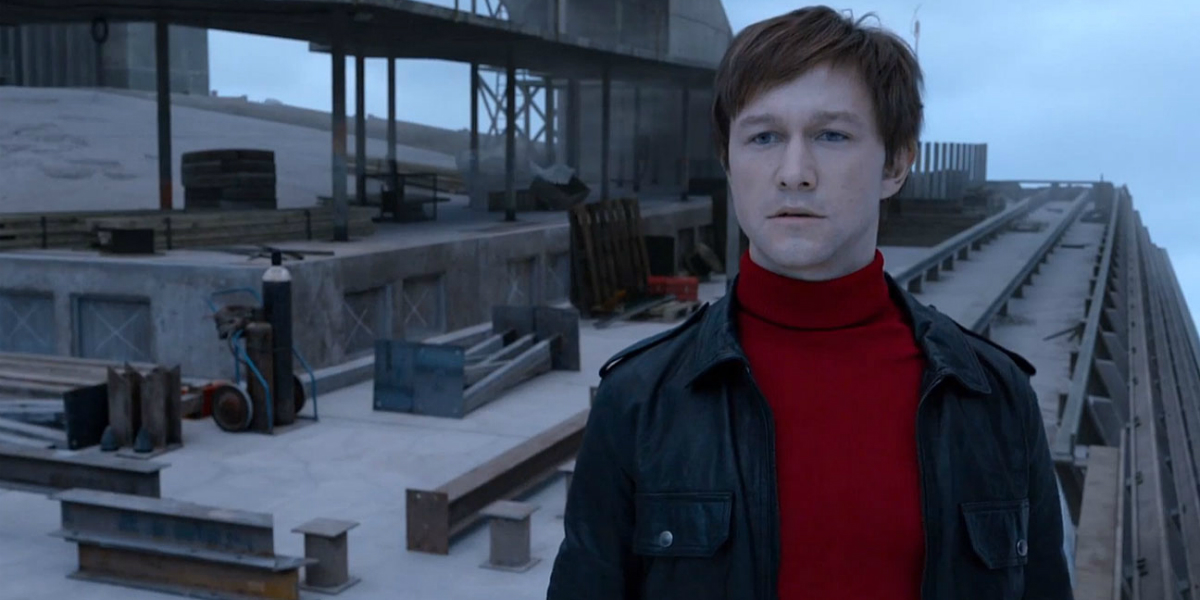 There Is No Show Without an Audience

I should say up front that I probably cannot write a fair review of The Walk. That’s because Zemeckis is not the first filmmaker to visit Petit’s miraculous coup. Back in 2008, James Marsh’s engrossing documentary Man On Wire covered the same events. Marsh’s film won the Academy Award for Best Documentary – and it may well have been the best film released that year. It’s really that good. In truth, many of my issues with The Walk stem from my absolute adoration of Marsh’s documentary. Alas, one cannot unsee greatness. And not a single element of Zemeckis’ film matches Man On Wire in scope or emotion.

If you’re making a movie, emotion begins with casting. On paper, Joseph Gordon-Levitt – with his unflappable charm and natural grace – is a spectacular choice to portray the enigmatic French daredevil. For much of The Walk, Gordon-Levitt’s physicality carries the performance, if not the film. It’s clear throughout that Gordon-Levitt did his time to learn how to approach walking the wire. As the film progresses, he even begins to look like a bit of natural. But there’s one really big, really obvious problem in casting Gordon-Levitt … he is not French. As solid as his physical portrayal of Petit is, every ounce of charm and humanity the actor brings is buried under a borderline embarrassing French accent. It doesn’t help that Zemeckis structures his film around Gordon-Levitt’s narration as Petit, leaving that accent as the audience’s central point of engagement. The problem is further exaggerated as much of the film takes place in Paris with authentic French people speaking in authentic French accents. Still, Gordon-Levitt gives it his all and comes close to overcoming the phonetic challenges of his performance. Which is more than I can say for Ben Kingsley –  who may not even know what accent he’s utilizing as Petit’s carney father-figure.

If the emotion of The Walk is lost in poor to middling acting, the scope of the film is another matter entirely. And another big problem for Zemeckis. That all starts with the choppy, unfocused screenplay that Zemeckis and Christopher Browne adapted from Petit’s book. That book covers the performer’s entire life up to and just after the infamous walk. The film opens with Petit standing on the Statue of Liberty – for no apparent reason – and recounting the ins and outs of the events that led up to his walk. The entire tale is framed in flashback with Petit chiming in at regular intervals from Lady Liberty. The artist’s early years performing on the streets of Paris make up much – a little too much – of the The Walk‘s first hour. It’s an hour in which Zemeckis uses unnecessary movie tricks to add weight to the proceedings. Tricks that prove more distracting than anything.

Particularly perplexing is the use of black & white footage that opens the film’s first flashback. Zemeckis adds pops of color to the b&w images, but it’s never clear – other than looking cool – what the purpose of this trick is. Even less certain is the inexplicable, seemingly random moment when the film switches to color. Clearly, some emotional impact was meant to be implied, but Zemeckis egregiously misjudges the timing. It’s all the more confounding because the moment for an emotional impact is about five seconds later. Once the film goes color, the problems continue. I haven’t even mentioned the pointless flashback within the flashback. With so much time dedicated to Petit’s early life, Zemeckis & Co end up shortchanging all the inner-machinations and intrigue that informed Petit’s clandestine walk. Zemeckis winds up condensing the six years of planning into what feels like a couple of weeks. The lack of attention to detail almost ruins the walk itself. But once Gordon-Levitt is out on the wire, Zemeckis finally finds his footing. He is a filmmaker known for spectacle, after all. And the director captures much of the walk with breathtaking beauty and palpable tension. But it’s also obvious that the entirety of the walk is captured on a soundstage with a green screen. While the images are lovely, they look and feel fake. Just like most of Zemeckis’ film. 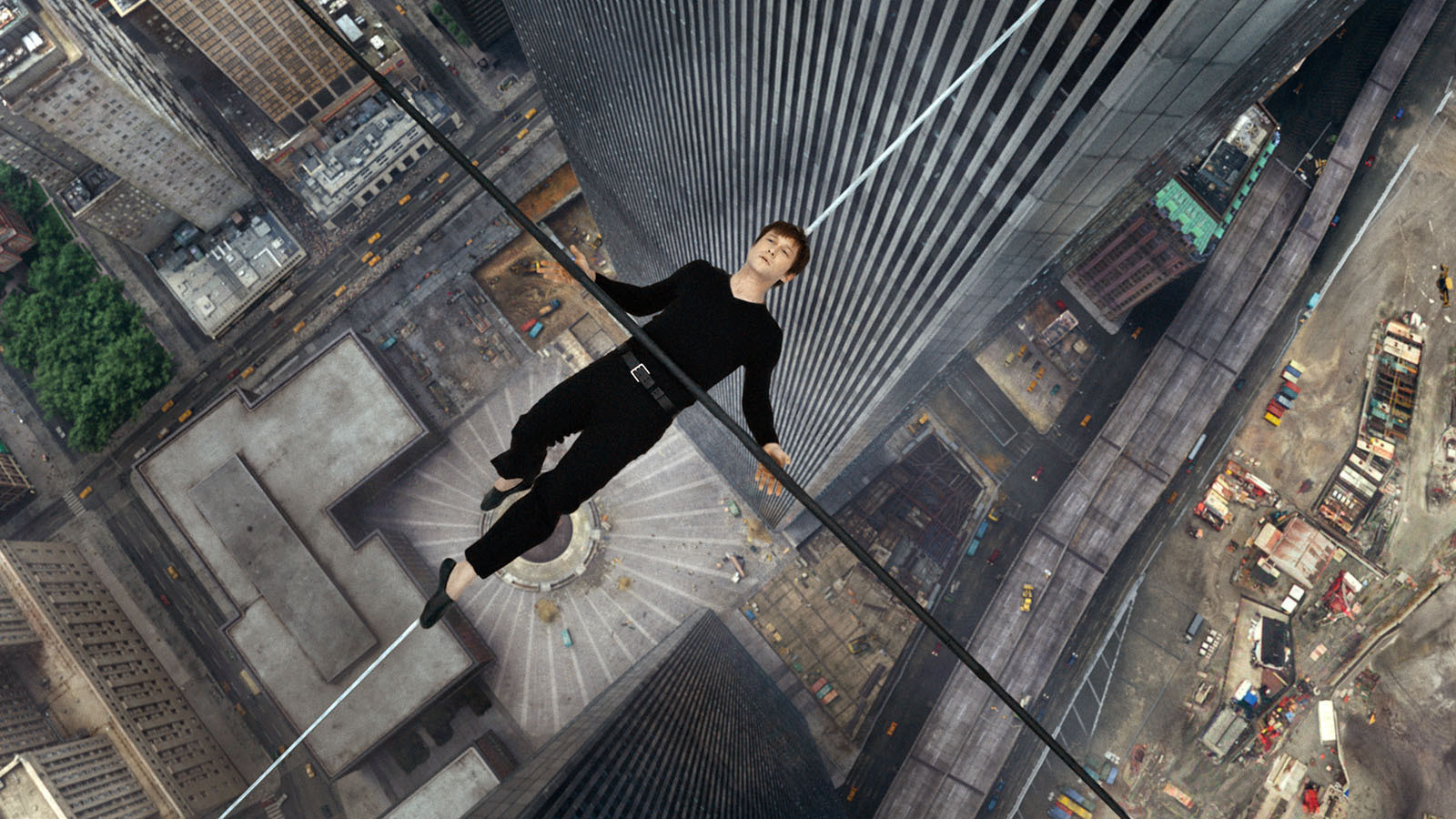 Sad to say, but I just cannot recommend spending your dollar on The Walk this week. Well intentioned as it is, there’s simply not enough substance to Zemeckis’ film. To that point, the director never quite delivers on the spectacle either. Lacking thrills and drama, The Walk becomes a rather nerveless affair. If you’re interested in Philippe Petit’s story – and you should be – do yourself a favor and drop $3.99 on Man On Wire instead. It’s based on the same book, features actual footage of Petit’s legendary walk and is narrated by Petit himself. And trust me, a story this big deserves to be heard straight from the walker’s mouth. 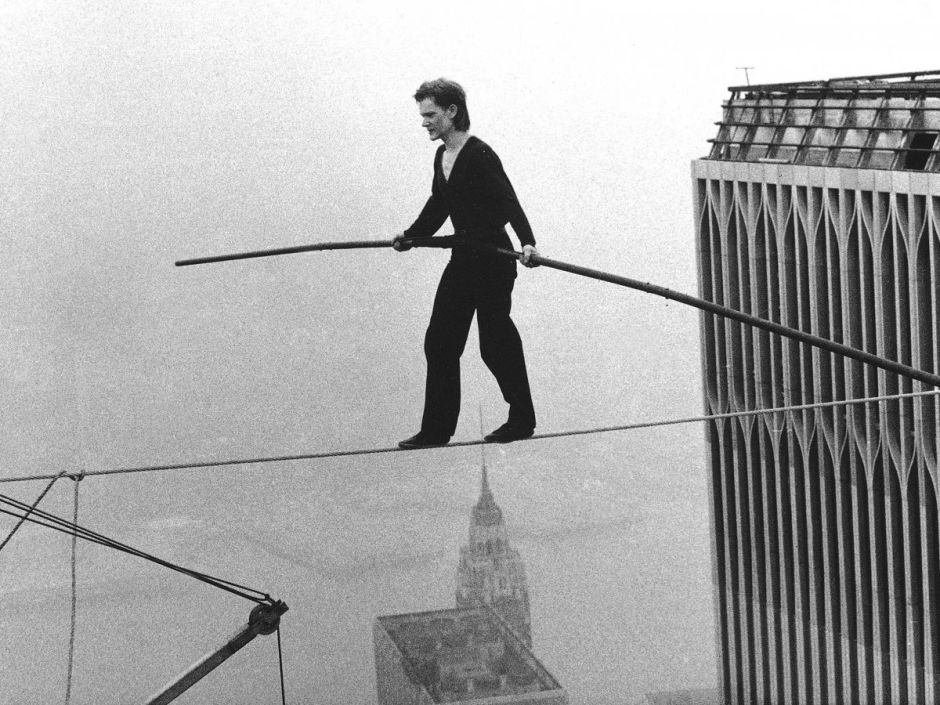