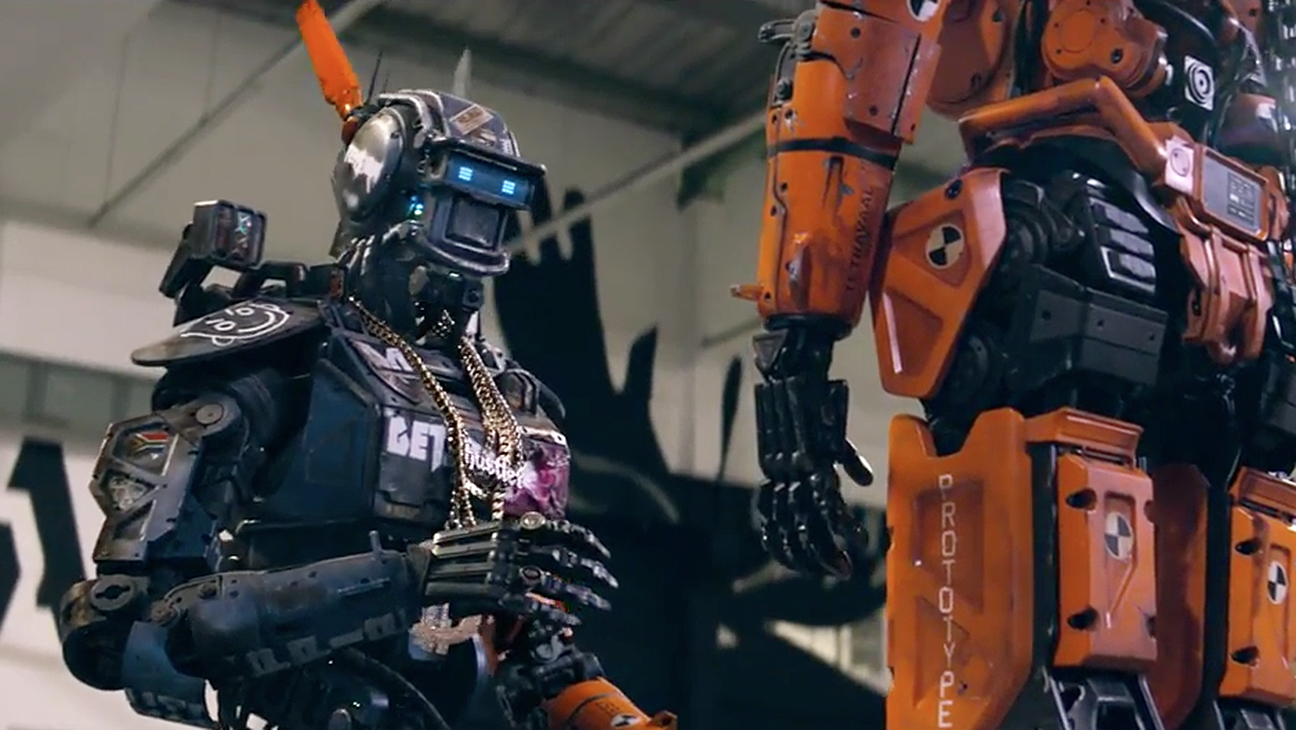 Another month has come and gone. February had its fair share of good and bad movies, but March movies look quite promising. Even if they didn’t, here in the northeastern United States our main hobby at the moment is shoveling snow. So I’ll take seeing a mediocre movie over that option any day of the week. So march your way to the theater. Here is or March movie preview.

Director Neil Blomkamp has made movies about aliens in South Africa (District 9), futuristic class divisions in South Africa (Elysium) and now he’s going to change it up. His latest, Chappie, is about artificial intelligence in South Africa. The film has a robot, named Chappie, who is designed to learn and feel. But now he must fight to survive as he is targeted as a threat. Hugh Jackman, Dev Patel and frequent Blomkamp collaborator Sharlto Copley star in the film.

The Second Best Marigold Hotel is a follow up to the 2012 hit movie with a similar name. (Just subtract the word “second.”) In this one, Sonny (Dev Patel) attempts to expand to a second hotel while two new guests look to fill the hotel’s only vacancy. This is Dev Patel’s second movie coming out on March 6th. But starring next to him in this one is a pair of dames. I mean literal dames, Dame Judi Dench and Dame Maggie Smith. Richard Gere also joins the cast.

There is quite an interesting trio of leads in Unfinished Business. Vince Vaughn plays a small business owner trying to land an important deal in Europe. With him are his two very different colleagues played by Dave Franco and Tom Wilkinson. The gag is that one is very young and one is old. While on the road, things get out of control with some R rated antics. That’s what we usually expect from a Vaughn led feature.

So Disney has a live action version of Cinderella coming out, but since you probably saw the cartoon when you were a kid I don’t think I need to tell you what the movie is about. Instead let’s talk about some “Game of Thrones” connections that might interest you. Nonso Anozie, who plays the captain, was Xaro Xhoan Daxos on season two of “GOT.” But in a larger role, “The King of the North” himself, Richard Madden plays Prince Charming. But now get this Easter egg. When he first meets Cinderella he tells her that his name is Kit. Is that a nod to his Winterfell half brother Jon Snow, played by Kit Harrington? Okay maybe I’m reading too much into it. One month until “Game of Thrones!”

I would describe myself as an above average fan of Liam Neeson. But with his latest film, Run All Night, that’s four movies in the past 12 months where he plays a similar tough guy character showcasing his rare skills (Non-Stop, A Walk Among the Tombstones and Taken 3 are the others). I’m happy the guy found his niche, but there are so many of these movies. Sure, I love every single one of them, but still. Run All Night has Neeson as a hitman who has to face his former boss Ed Harris in order to protect his son.

March 20th- The Divergent Series: Insurgent, Do You Believe, The Gunman

Shailene Woodley means business in The Divergent Series: Insurgent. I assume she means business because she has short hair now. Even though I’ve watched interviews with a bunch of the lead actors, none of them seem to be able to explain what the movie is actually about. They just keep saying it’s darker than the first film. Well cool, it’s darker. It also involves the different factions at war and Tris (Woodley) and Four (Theo James) on the run.

Do You Believe is a drama dealing with a bunch of different people and the impact faith has on their situations. Religious films tend not to get the wide theatrical release that Do You Believe is getting. But the release is timed to correspond with Easter, so there may be some success there. Sean Astin, Ted MicGinley and Mina Sorvino star.

In The Gunman, Sean Penn stars as an operative who wants to retire and settle down. But his employers don’t want that. So he has to go on the run. This looks like it could have been another Liam Neeson vehicle, but it’s not. For some reason, whenever I think about this movie the only thing that comes to mind is Penn in all the trailers saying, “I got to go, Stan. You hear me? I got to go.” My response.

Comedy powerhouses collide in Get Hard. Will Ferrell plays a millionaire convicted of tax fraud and sentenced to serve time in prison. Afraid of what is to come, he asks an acquaintance, played by Kevin Hart, to prepare him for prison. The catch is that Hart’s character never actually went to prison. Ferrell just racially profiles him assuming that he has. Both funnyman have had their share of hits and misses with their movies, but this one definitely has the potential to be a huge hit.

The latest from Dreamworks Animation rounds out the month. Home is about an alien race who come to Earth to make it their new home. They proceed to relocate the humans, thinking they are helping them. Meanwhile, a teenage girl, voiced by Rihanna, and an outcast alien, Jim Parsons, are on the run trying to avoid capture. Steve Martin also contributes his voice. A short film with the title Almost Home aired before last year’s Mr. Peabody & Sherman introducing these characters.

So I’m pretty impressed with the various March movies coming out. In my mind, each week has at least one title worth the money for admission. I’m really looking forward to Get Hard since even the 30 second commercials have me laughing. Also Chappie promises to provide the emotion on top of some quality sci-fi. But beyond that, my local theater should probably get used to seeing me this month.