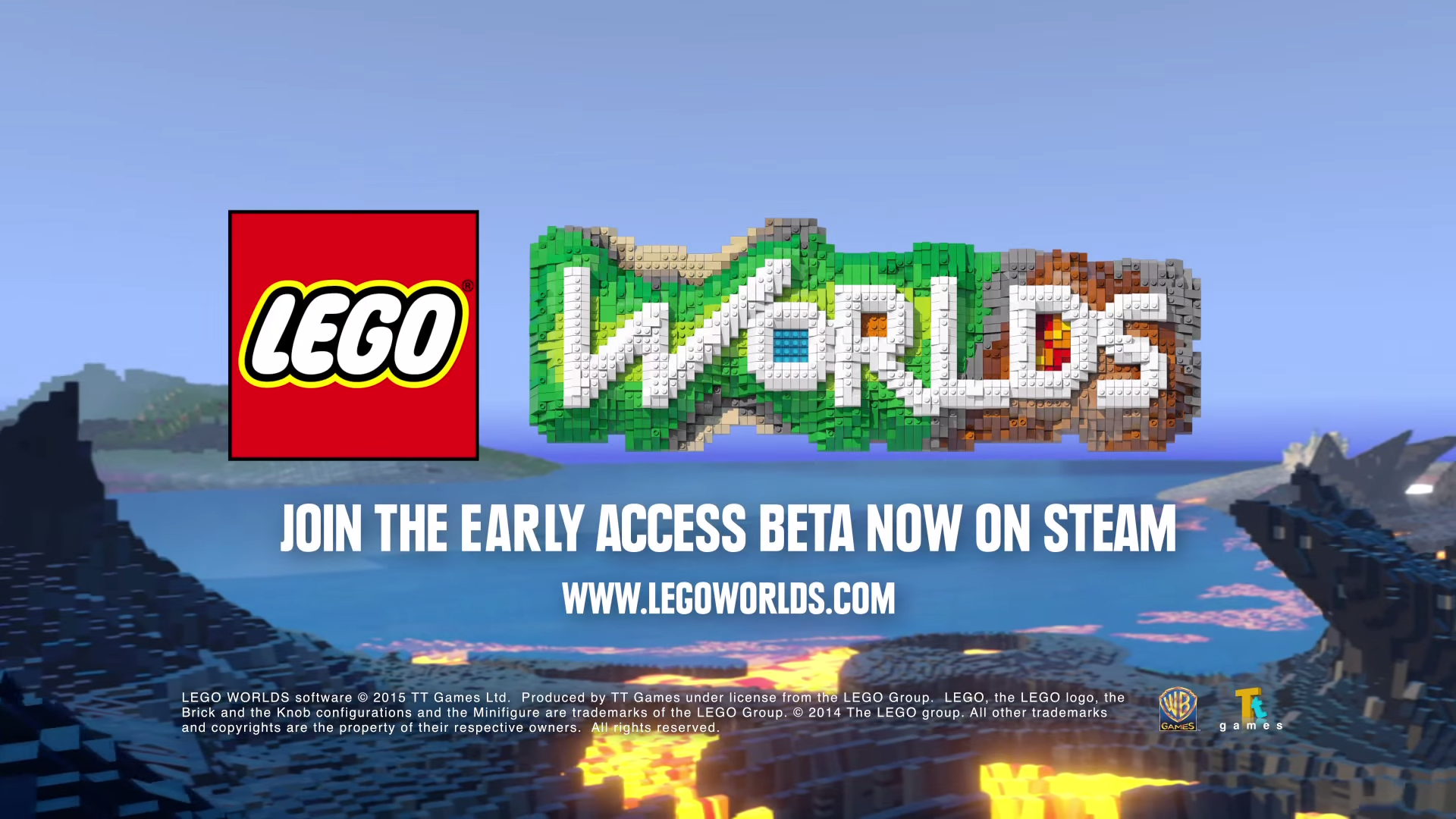 Do you remember those great plastic brick building sets you played with when you were a kid? Of course you do. They were the world’s greatest imagination toys by day and the bane of your parents’ feet by night. You probably still have your collection in storage. You may have a model or two (or several) in your room. Who knows? You might still play with them. No shame in that.

Well, LEGO, in conjunction with Warner Bros. and TT Games, has released the early version of its Minecraft competitor, LEGO Worlds. And it actually looks like it could have a fair shot at success, unlike the other forgettable off-brand Minecraft games out there. Here’s the announcement video:

LEGO Worlds is a procedurally-generated, open-world game. In simple terms, that just means that the computer has algorithms and sets of rules for creating a random environment in which the player’s character can live and explore. And yes, it looks a lot like Minecraft.

Dive into a world (literally, skydiving is how your LEGO minifigure avatar enters the world) constructed entirely of LEGOs. Worlds are not limited to square Minecraft-like blocks. They are instead made up of lots of different shapes, types, and colors of LEGO bricks. These are beautiful worlds filled with trees, mountains, bodies of water, animals ranging from horses to dragons, friendly and hostile NPCs, and much more.

Players will discover how to build things in building mode either with pre-made LEGO sets or brick by brick. They will be able to modify the environment by adding, removing, flattening, and otherwise manipulating terrain. And for every new thing players discover, they earn points, unlockables, and LEGO studs (in-game money for buying things and upgrading). If I was to describe every little detail to you, this article would go on for pages. Just know that you’re in for a treat if you get this game.

Speaking of getting this game, YOU CAN! It’s currently out in Beta on Steam Early Access (only PCs, sorry console gamers!), but it’s already worth the mere $15! LEGO decided to do this partly because they wanted to go ahead and get LEGO Worlds out into the world and partly because they want feedback. They plan to make many changes and updates before they’re through. We can expect updates such as underground caves, NPC villages, more biomes, multiplayer support, and more options for customizing pretty much everything.

But Can It Compete With Minecraft?

There are some significant differences between LEGO Worlds and Minecraft that are worth noting. For instance, exploration and building are emphasized a lot more than survival, which is one of Minecraft‘s main themes. This game is a lot less threatening to your avatar’s life than Minecraft is. Also, there’s no need to dig for precious resources, and no Minecraft-like tools or mining abilites currently exist (though they could be added). In fact, unlike Minecraft, you can start constructing from the get-go, without having to collect anything special. However, there are still plenty of things to collect, unlock, discover, and buy with the LEGO studs you earn.

LEGO Worlds is decidedly kid-friendly, just like most of its products. It doesn’t have the same kid-endangerment problems that the unsuccessful MMO LEGO Universe did (i.e. the potential of discovering monuments to certain genitalia). If you’re hesitant to buy the game, just go to YouTube. You can watch and learn about it from the many gameplay videos that have already been uploaded. Most of them, since it’s still really early in the game’s existence, include the video creators’ hilarious, geeky, first-time reactions to their childhood toy being made into a Minecraft-competitor game.

LEGO has vowed to make a game that its audience will love, so I think we can expect a lot from this game in the future. The developers expect to take LEGO Worlds into Alpha sometime next year. But for now, it’s time to get building!