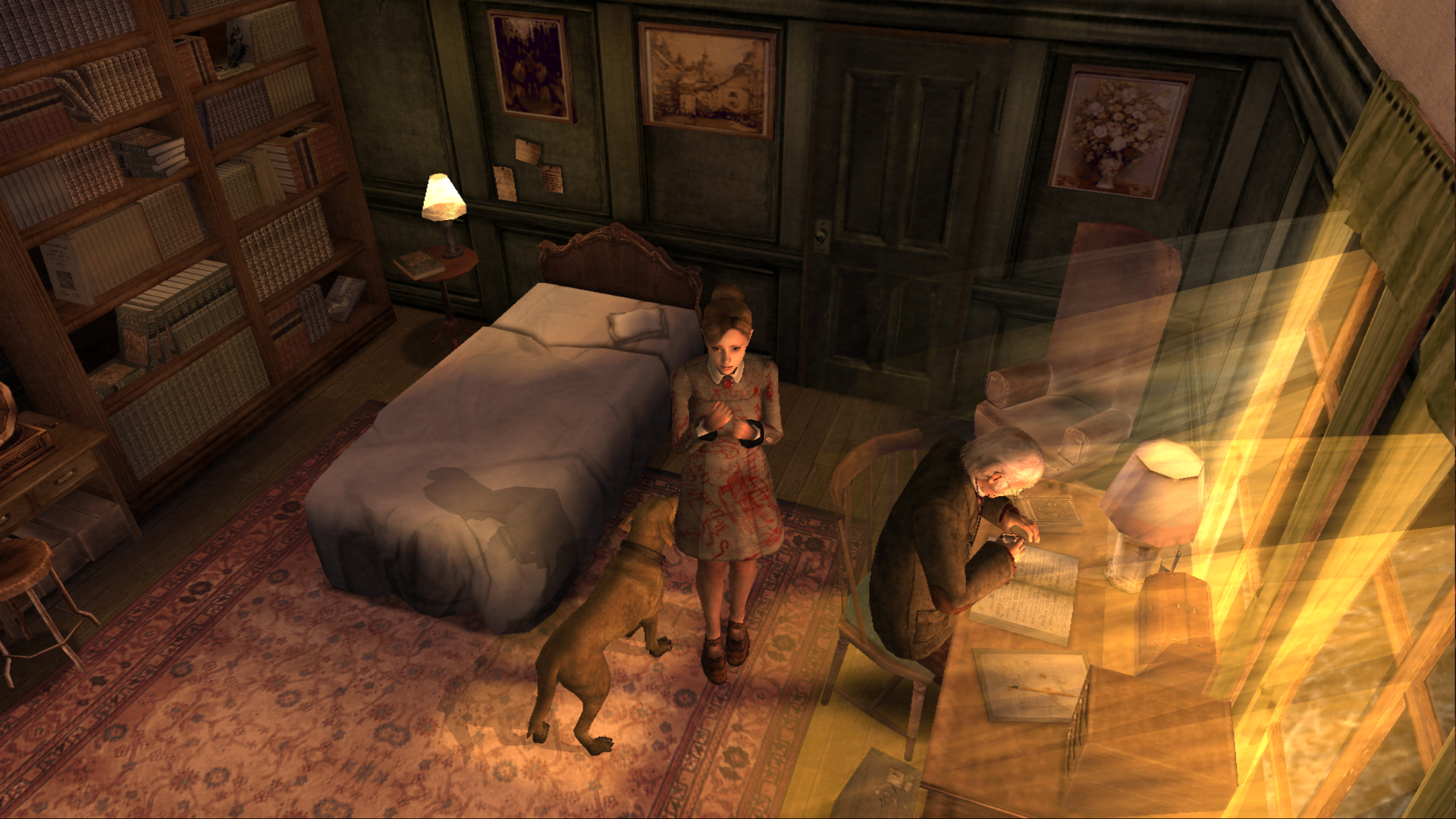 Though many recall the glory days of survival horror (which lasted roughly from the late 90s to the mid 00s), few remember a chilling 2006 title called Rule of Rose. Those who had the good fortune (or misfortune, as some might see it) of playing it remember it as, if nothing else, a creepy and not at all unrealistic portrayal of the cruelty that children can inflict on each other.

Set in 1930s England, the game centered around Jennifer, a skittish young woman who is led on a journey into her forgotten past by a mysterious boy whom she meets on a bus. She follows him to an orphanage run by the Red Crayon Aristocracy, a group of girls who have placed themselves on a tier above the other orphans and thus demand acknowledgment of their elevated social status in the form of monthly gifts. Those who don’t meet their quota of offers are punished cruelly. Jennifer also meets and befriends Brown, a chocolate Labrador who aids her in the quests bestowed upon her by the girls. Reality and fantasy blur as Jennifer finds herself, Brown, and the girls oscillating between the orphanage and an air ship, and the young woman soon realized that everything around her—the orphanage, the air ship, the Aristocracy, and even Brown—are pieces of a tragic past that she will need to relive and, ultimately, survive if she ever hopes to move on with her life.

Upon release, Rule of Rose received mediocre reviews. Nearly all of these reviews gave the game low marks for its severely unpolished gameplay (which handled about as well as a short-circuiting animatronic) and high marks for its haunting story. Punchline, the company that developed the game, sought to create a survival horror game but wanted the product to stand out against big-name competitors in the genre such as Resident Evil and Silent Hill. Ultimately, the development team decided to focus on children and the horrors that they can inflict on each other. Using fairy tales and children’s fables as inspiration, the game’s writers spun a chilling story that touched on taboo subjects such as animal cruelty, budding sexuality in preteens, and bullying of such an intense nature that it leaves its victims emotionally traumatized. (In fact, so taboo was its subject matter considered at the time that several countries banned it, including the United States).

Sadly, Rule of Rose sold so poorly that only an estimated 15,000 copies were ever known to be available in the United States. As such, used copies of the game sell online for huge amounts of money—sometimes even $100.00 or more. But despite the reviews and obscene price tag, the game remains one of the most sought-after pieces to any hardcore survival horror enthusiast’s collection. We only hope that Sony waves its magic wand of Acquisition and makes the game available once more via the PSN so that we can get our hands on it without sacrificing a half-year’s worth of cosplay funds.