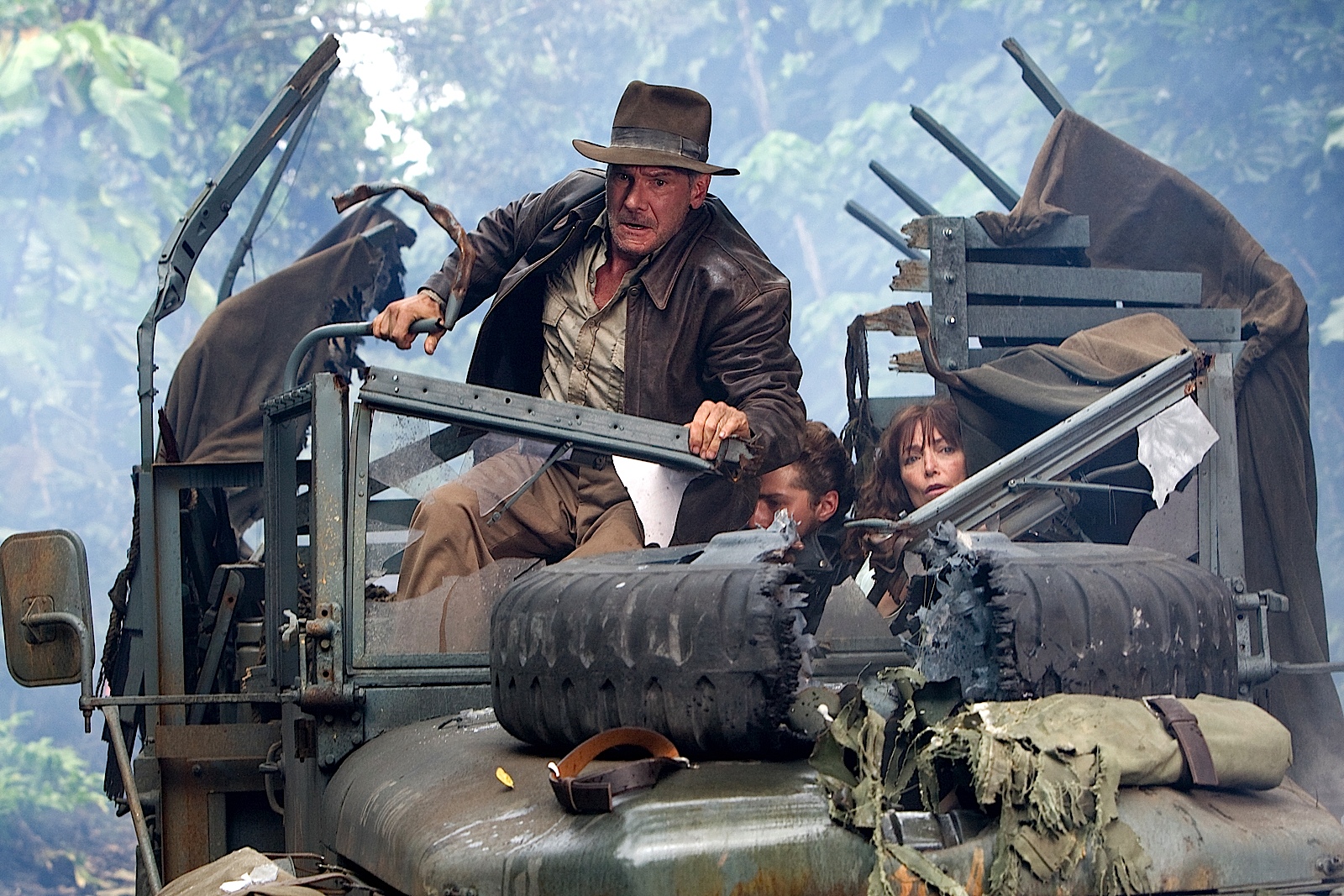 When everyone’s favorite archaeologist Dr. Henry “Indiana” Jones rode off into the sunset at the end of 1989’s Indiana Jones and the Last Crusade, few expected the character or his beloved film franchise (which also included 1981’s Raiders of the Lost Ark and 1984’s Indiana Jones and the Temple of Doom) to ever return to the big screen. One such person was Steven Spielberg, the series’s director, even though Jones actor Harrison Ford had signed on for five films instead of just three. Still, rumors of a fourth major Jones production persisted for years, and finally in 2008, the character made a comeback in Indiana Jones and the Kingdom of the Crystal Skull.

A Fifth Film For Jones?

Sadly, few who saw the film felt it worthy to call itself a Jones adventure. Despite the return of all past principle players (namely Ford, Spielberg, and series creator George Lucas) and the inclusion of Indy’s long abandoned love interest from Raiders of the Lost Ark, Marion Ravenwood (played by the character’s original actress, Karen Allen), a silly script, lack of chemistry between Ford and Allen, and misplaced emphasis on Indy and Ford’s age left a none too pleasing taste in the mouths of most fans. Critics cut the film even less slack than the fans did. But even so, the major hype surrounding the film and longtime fans’ undying thirst for another Indy adventure earned the film a cool $787 million, garnering more than enough to merit making the final film that Ford signed on for.

Ford himself has already expressed excitement at the prospect of donning the signature hat and whip again. His hope for the fifth entry is a focus on the family dynamic between Indy, Marion, and their son Mutt (played by “Even Stevens” alum, Shia LaBoeuf), who was introduced in Crystal Skull.

“I think it would be interesting to deepen [Indiana Jones’s] relationship with his son and play on that relationship….It’s full of opportunity,” said the actor in a recent interview.

He went on to speak of Allen’s possible involvement, stating that she’s “a wonderful actress” and that he hopes “there’ll be a part for all of [them] in the next one.”

Although there is no official word yet on the plot of this next film, Ford also alluded to one possible idea for the plot that Lucas seems to be leaning towards. The actor dropped no specific clues, but he did say it was “crazy but great.”

However, Disney’s recent acquisition of all things great and Lucas—which includes the rights to the Indiana Jones franchise—technically bumps control of the fifth film out of the Jones creator’s hands and into those of the company. Like with the Star Wars franchise, many fans of Adventure’s biggest name are questioning in what capacity Lucas will be involved in the creation of the film or if he’ll be involved at all. Other concerns include what the Mouse House intends to with the franchise outside of the fifth film. Some have predicted an animated TV show about the Jones family or another live-action show like the short-lived “Young Indiana Jones Chronicles.” Regardless, one thing’s for certain: the fifth Indiana Jones film is a go.