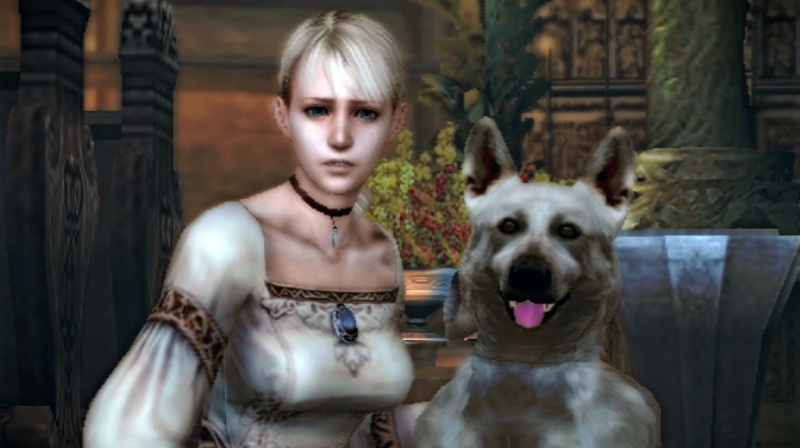 When fans of survival horror reminisce about the glory days of the genre—which lasted roughly from the late 90s to the early 00s—they typically think of classic titles such as Resident Evil, Silent Hill, and Fatal Frame. Not many remember or have even heard of a 2005 underground title released by CAPCOM (the same company that published Resident Evil) called Haunting Ground.

Haunting Ground (or Demento as it is better known in its Japan) followed a young college student named Fiona Belli who, at the beginning of the game, woke up in a large, oddly laid-out castle with no recollection of how she got there. Upon exploration, she discovered that the castle belonged to her and that her parents had died in a car accident—an accident in which she herself had been involved and that had caused the black-out that she had experienced prior to waking up in the castle. She also met four “loyal” servants of the castle: Debilitas, a simple-minded groundskeeper with a great love for dolls; Daniella, a beautiful but oddly mechanical maid; Riccardo, the acting master of the castle who gave off Mr.-Creepy-McCreepy vibes like stink off a skunk; and Lorenzo, a mysterious old man who seemed like he wanted to help but didn’t stand very for downwind from Riccardo so far as the “creep” factor was concerned. With whomever their loyalties really lied remained unclear. The only true ally that Fiona found came in the form of Hewie, a fiercely loyal white German Shepherd with whom she developed a deep bond over the course of the game.

That deep bond with Hewie would prove to be Fiona’s only line of defense against the deranged enemies that dogged her every step through the game. The challenge of maintaining that bond, though, could prove frustrating as a disinterested or affronted Hewie would stop obeying the player, and one ignored order often meant the difference between continuing the game and earning a game-over screen. But perhaps the most memorable aspect of Haunting Ground‘s gameplay was the heavy emphasis on evasion that sent players scrambling for a hiding place whenever an enemy drew near. Sharp-eyed players could spot environmental nooks and crannies that could serve as hiding spots, but at the same time, they had to be careful when and where they hid because, if spotted, the enemies would remember the spot and check the next time they sought Fiona. This aspect of the gameplay challenged players to keep on their toes and be creative when ducking out of enemies’ sights.

Most who’ve played Haunting Ground, though, remember it for its unsettling storyline, which involved a bizarre combination of alchemy, human cloning, murder, rape, and incest. The further Fiona and Hewie ventured into the castle, the more otherworldly the castle became. The final stage of the game featured heavy uses of sorcery and illusions that could easily turn players around and make them think they were lost when in fact the exit was only a few steps ahead of them. But the final boss—and one final run from his burning, possessed corpse—made the frustration worth it. And, if players so chose, they could go through it all again to get another one of the game’s four endings.