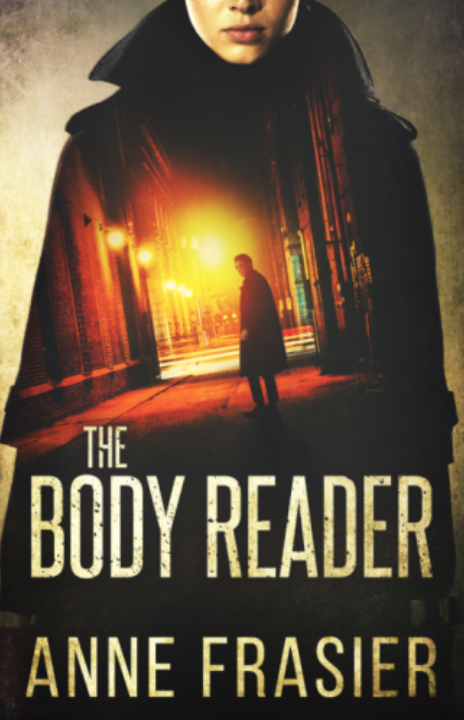 Given its 4.5 star rating on Amazon, I may have jumped into Anne Frasier’s The Body Reader with greater expectations than if I hadn’t skimmed through the reviews prior to swiping left on my Kindle. Or – more credibly – I was slightly influenced by my previous read of Emily Bleeker’s Wreckage that subconsciously affected my reading of this particular mystery.

Nonetheless, Frasier’s novel begins with the escape of Jude Fontaine, a detective who was abducted and held hostage in a basement for three years. After killing her abductor, Fontaine desperately tries to return to her homicide division at the Minneapolis Police Department where she faces the difficulty of proving her mental stability in the line of duty. Despite overcoming the struggles of her own abduction, Fontaine and her partner Uriah Ashby become a part of a much larger murder mystery, one that includes the obsession of kidnapping and murdering teenage girls (covered up as suicides). While Fontaine has a strong inkling as to who is responsible for the female disappearances, evidence – along with her mental state – is questioned throughout the novel.

Paired well with its genre, the story is told through an unreliable omnipresent narrator, one who partly upholds an objective perspective while having unverified access to characters thoughts. Although I found the narrator flawed, given that the voice was unclear and unspecified, I can appreciate its purpose in cultivating a suspenseful tone of uncertainty. In reading the Amazon reviews, many readers found the beginning of the novel enthralling, but I’d have to disagree; I didn’t exactly find Fontaine’s escape believable due to the lack of context and pace in which she made a run for it and tried to – very quickly –  return to the routinely life she once lived. While the novel occasionally returns to Fontaine’s experience with her abductor, the description often feels too rushed and underdeveloped. Without a deeper construction of Fontaine’s past, one well before her kidnapping, disclosing the plot felt like driving over potholes that are hard to avoid (not to mention that you can easily spot them from afar). And as much as the novel is about Fontaine’s “female empowerment,” as Frasier suggests, the subplot concerning Detective Ashby’s personal life was a lot more stimulating, even though it also felt hasty.

This brings me to the “body reading” that I expected more of, hence the title. Frasier created an interesting contrast between Fontaine’s heightened body reading abilities and Ashby’s lack thereof, but I think she could have optimized on the literary aspect of what body reading could do for the reader. Essentially, there wasn’t enough of it. Perhaps I expected more detail, like the hyper-focus on a fingernail or the ability to catch things unapparent to even the most trained eye, but Fontaine was a detective with an expected skill set that wasn’t extraordinary. Her personal affiliation and suspicions of who the murderer was fuelled her determination and relentlessness to close the case, not necessarily because of her body reading abilities. But the latter could be countered by considering Fontaine as a very regular person, not to be defined by hyperbole, who is a heroine all by herself.

The Body Reader is available on Amazon for $1.51. The novel is entertaining. However, it’s unlikely that I’d return to it for another read.

Ben Affleck Confirms He Will Not Direct ‘The Batman’