Home Entertainment January Movie Preview: It’s No ‘Star Wars,’ But It Will Do
Entertainment

January Movie Preview: It’s No ‘Star Wars,’ But It Will Do 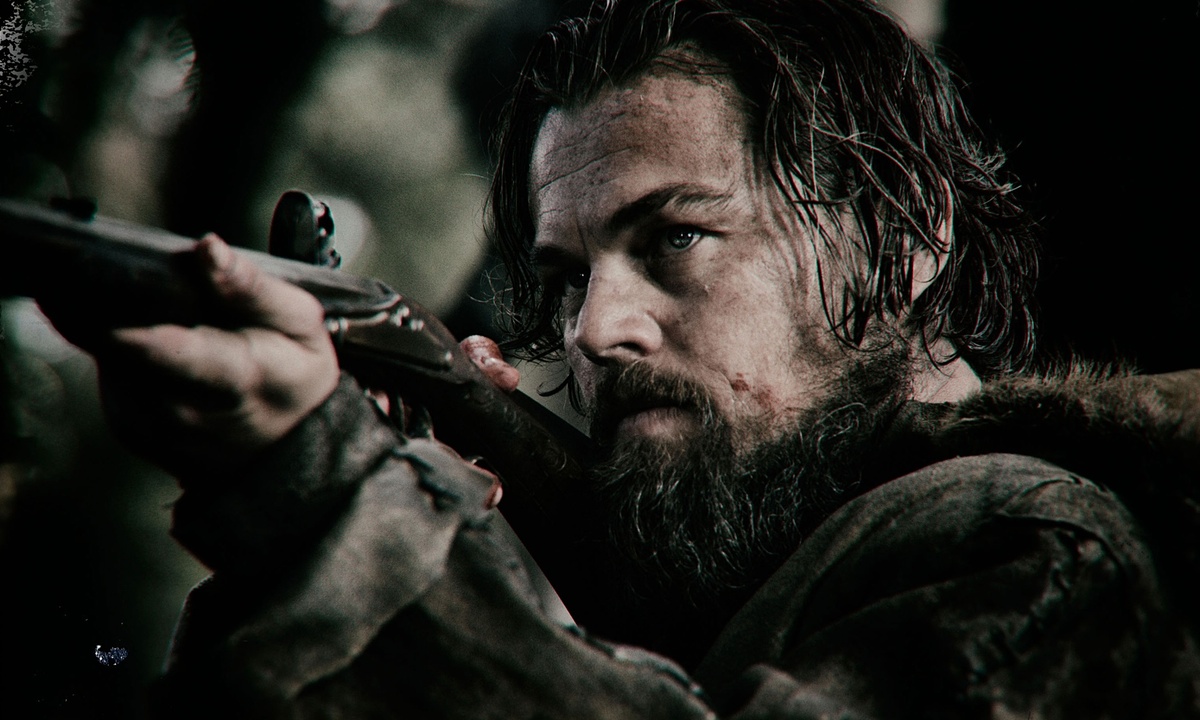 Star Wars: The Force Awakens is still force choking all the competition at the box office, but let’s pretend for a few minutes that you may actually go and see something else this month. In actuality, it will probably be Star Wars for the fourth of fifth time. But there are some movies that look pretty good on the list below. None of the January movies really have me that excited to throw on my parka and brave the cold though. Well let’s give them a fair shake. Here’s our January movie preview.

From the Suicide Forest to the Frozen Wilderness

January 8th– The Forest, The Revenant

Natalie Dormer of “Game of Thrones” fame takes on the horror genre in The Forest. When her character’s sister goes missing in Japan’s infamous “suicide forest,” she goes looking for her. The suicide forest is actually a real place, but this is no true story. It’s a movie meant to make us afraid to ever step foot in the woods again. The trailer has already done that for me.

Expanding nationwide, the Leonardo DiCaprio led film, The Revenant looks so incredibly cold. Yeah, dramatic and epic and whatever. But everyone looks so cold! The story has Leo playing a 19th century frontiersman who seeks revenge after being left for dead. Birdman director Alejandro Inarritu looks to repeat his award show success with this, another innovative project.

January 15th– 13 Hours: The Secret Soldiers of Benghazi, Norm of the North, Ride Along 2

Michael Bay trades in his sci-fi explosions for more realistic ones with 13 Hours: The Secret Soldiers of Benghazi. The movie accounts the true events of September 11, 2012, when a U.S. compound in Libya was attacked. In response, a group of security contractors step in to try and protect those in danger. James Badge Dale and John Krasinski star in the film.

For the kids, Norm of the North is an animated feature with a polar bear who finds himself in New York City. As a mascot for a corporation, he learns that the company’s intentions aren’t so nice. Rob Schneider voices Norm… I figured I’d let you know in case that’s a selling point to someone out there.

Maybe other people are getting sick of Kevin Hart starring in a new movie almost every month. But I’m not! Ride Along 2 reteams Hart with Ice Cube. With Hart’s character marrying the sister of Ice Cube’s character, there is still plenty of tension between the two. But comedy ensues as they pursue a drug dealer in Miami. 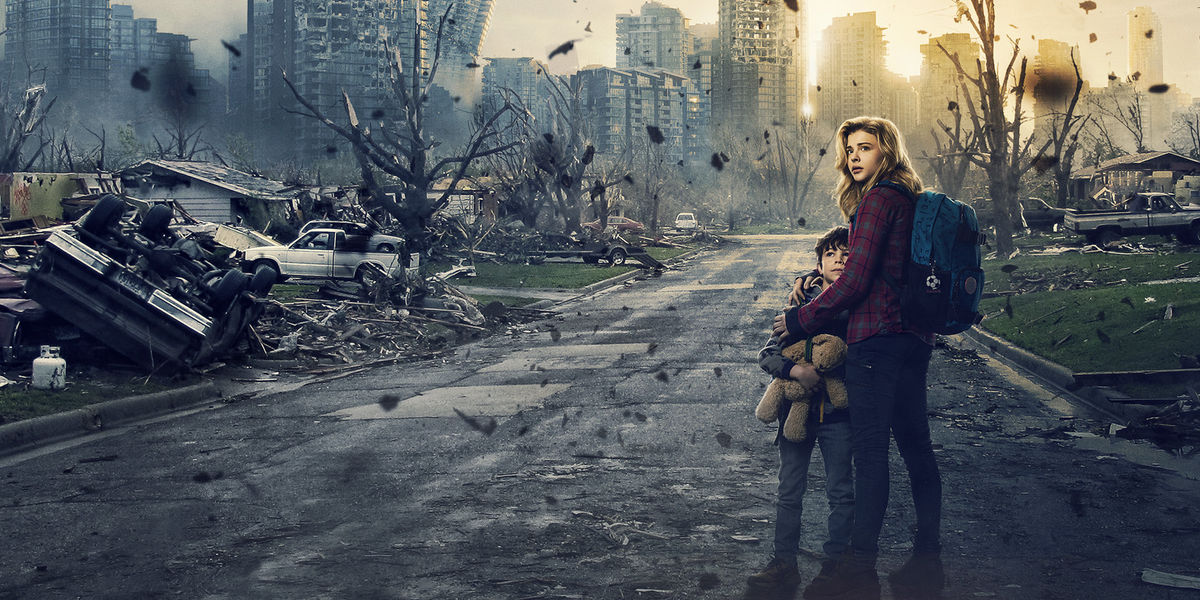 Oh the stresses of being a teenager during an alien apocalypse. That’s what Chloe Grace Moretz is dealing with in The 5th Wave. Aliens have already sent four waves of attacks that have wiped out most of Earth’s population. Moretz’s character then risks it all to save her younger brother. The trailer doesn’t show what the 5th wave is, but it turns out it’s forcing all of humanity to eat Taco Bell for every meal. The horror!

We’re still a few weeks from the mid-season premiere of The Walking Dead, but we get to see one of the stars in a really odd and creepy movie. The Boy stars Lauren Cohen as a nanny hired to take care of a couple’s kid. Well it turns out the boy is a doll. But if you don’t follow his rules, he comes alive and scares the crap out of you. Why didn’t the couple just explain that at the beginning? “I know we look crazy, but this doll is alive. Please follow the rules or he’ll try to kill you.” Problem solved.

Remember that scene in Neighbors where Zac Efron’s frat throws a Robert DeNiro themed party? Well, that’s all I can think of every time I see a commercial for Dirty Grandpa, which stars both DeNiro and Efron. Efron plays a straight-laced dude about to get married, but his perverted grandpa tricks him into going to spring break in Florida. From there, shenanigans ensue.

Marlon Wayans stars in Fifty Shades of Black, which is basically Fifty Shades of Grey mixed with the comedy stylings of Scary Movie. That may be a combination that no one was asking for, but the original 50 Shades film definitely had enough awkward moments to give a parody film 90 minutes worth of fodder.

When a pair of oil tankers are destroyed in a storm, the Coast Guard must attempt a rescue in The Finest Hours. Chris Pine plays the man tasked with spearheading that rescue. The film, which is based on a true story, will be available in 3D and IMAX. So that’s good because don’t we all need to feel like we’re really in this deadly storm stranded at sea? I think I’d prefer watching movies like this on my iPhone. Much less scary.

Natalie Portman, Ewan McGregor, Joel Edgerton. Is it another Star Wars prequel? No, but while fans are back in a galaxy far, far away, these three actors are in the wild west for Jane Got a Gun. Portman plays Jane who tries to save her outlaw husband from a gang out to get him. Outside of Portman, every major role for this movie was recast at some point during the long production schedule. Michael Fassbender and Bradley Cooper were previously attached, but left due to scheduling conflicts. Jude Law left because he had wanted to work with a previously attached director. That strong list of folks who wanted to be involved leads to believe this movie may be a good one.

Po and his kung fu companions face another threat in Kung Fu Panda 3. But this time he reconnects with his inner panda… by talking to other pandas. I wonder if pandas are offended by their representation in this series? The pretty unbelievable voice cast of the previous films returns for this third installment. Jack Black, Angelina Jolie, Dustin Hoffman, Jackie Chan, Lucy Liu and Seth Rogen are just some of the impressive list.

So, January at the movie theater is what it is. But for having such a weak reputation, there are a few January movies that intrigue me. Jane Got a Gun looks like it will hit all the notes for being a good western. Plus, we all like Natalie Portman and this may be her most bad ass role yet. Also, I’ll admit that I enjoyed the previous Kung Fu Panda movies. So if they keep making them, I’ll keep buying a ticket. Happy New Year moviegoers!

Radar Detector: The Escort Max 360 Has It All