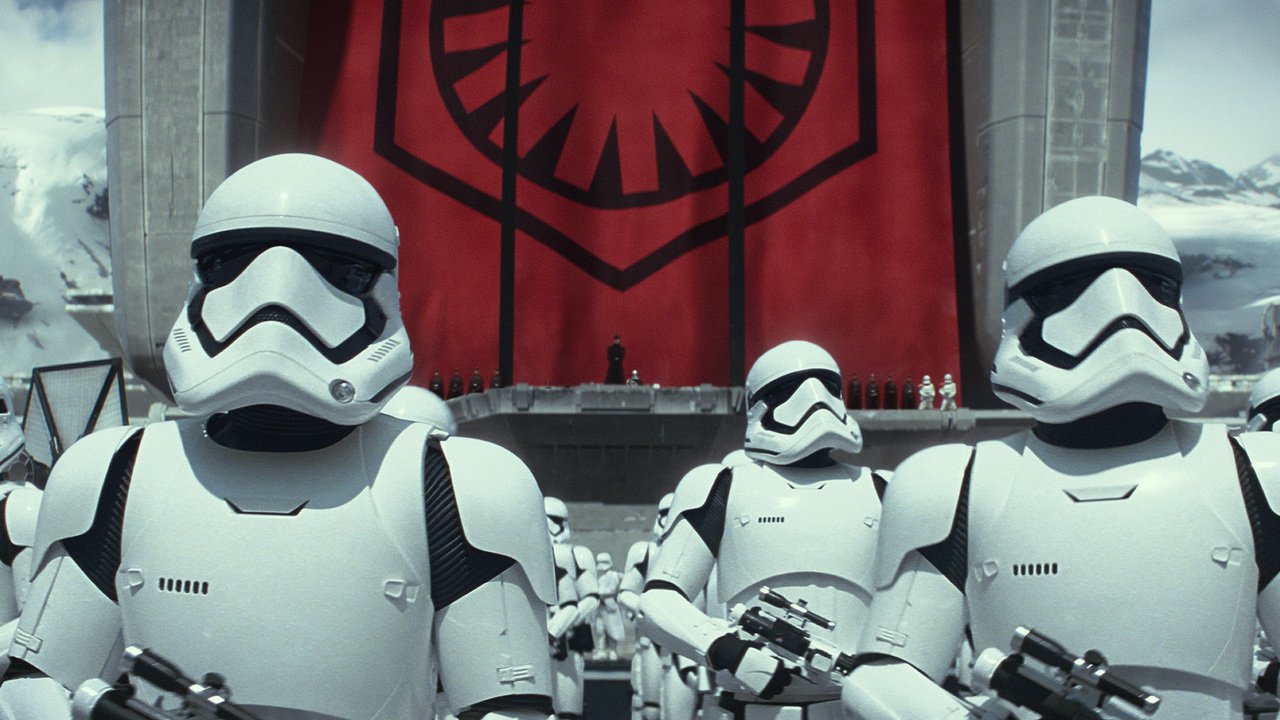 Spectre and The Hunger Games: Mockingjay- Part 2 did a pretty good job of taking our money in November. Though both underperformed at the box office compared to their predecessors. That shouldn’t be in an issue in December when Star Wars: The Force Awakens is going to earn a pile of money the size of a small moon. (That’s no moon! It’s a space station.) There are quite a few other December movies hitting the big screen, so we’ll talk about those too. But Star Wars will rule Christmas this year. No question about that. Here’s our December movie preview.

Krampus seems like a weird Christmas themed horror movie. But those of you not located in certain European countries may be surprised to learn that Krampus is actually a traditional Christmas character who goes to the homes of bad kids while Saint Nicholas visits the good ones. Read about him, he’s creepy. But the movie, based on this concept, stars Adam Scott and has a young boy accidentally summoning Krampus after a bad Christmas.

December 11th– In the Heart of the Sea, Legend

Directed by Ron Howard, In the Heart of the Sea is based on a real encounter that happened in 1820 between a huge whale and a whaling ship. These events are said to be the inspiration behind the story Moby Dick. Chris Hemsworth’s physical transformation to play a crewman stranded at sea has been grabbing some headlines in the build up to this movie.

Legend has Tom Hardy playing twin British gangsters Reggie and Ronnie Kray. The pair is well known for their criminal exploits in London during the 1950s and 60s. I think it’s good that Hardy is playing both leads. In fact, maybe he should consider playing all the roles in his movies like Eddie Murphy in The Klumps. Something tells me Legend will probably have less fart jokes.

In addition to the typical trailers and cast appearances, Star Wars has products available all over the place. I bought Star Wars coffee creamer last week. But on the 18th, we finally get to see The Force Awakens. Han, Leia, Chewy, and Luke (in some mysterious capacity) are back with a whole new group of characters. The film takes place 30 years after Return of the Jedi. But believe it or not, that party on the forest moon of Endor didn’t last forever. We see from the trailers that John Boyega’s character, Finn, begins as a stormtrooper but ends up with a lightsaber. Also, Adam Driver’s Kylo Ren looks like a badass villain. Buy your tickets soon! Many of the opening night showings are already sold out.

If you hate your eardrums, Alvin and the Chipmunks: The Road Chip brings the squeaky voiced animated characters to the big screen for the fourth time. Alvin, Simon, and Theodore believe that their pal Dave (Jason Lee) is planning to ditch them after proposing to his girlfriend. So they go on a road trip to find him and stop him from doing so.

Amy Poehler and Tina Fey team up once again for Sisters, in which they play… sisters. With their parents set to sell their family home, the pair returns to throw one last house party. Flipping the archetypes they played in Baby Mama, Fey is playing the more childish sister and Poehler is the more uptight one.

The hot button issue of concussions in football is addressed in Concussion. Will Smith plays Dr. Bennet Omalu, a pathologist, who makes some startling discoveries regarding brain damage in football players. Based on true events, it seems like an eye-opening movie for a country filled with football obsessed fans.

Just a week after Tina Fey and Amy Poehler reteam, Will Ferrell and Mark Wahlberg do the same. The pair starred as odd couple cops in The Other Guys. In Daddy’s Home, Ferrell plays a straight-laced step dad attempting to win the affections of his stepchildren. But when their freeloading birth father (Wahlberg) shows up, the pair end up competing to one up each other in order to win over the children.

Jennifer Lawrence is once again in the Oscar conversation for starring in a David O. Russell film. In Joy, Lawrence plays the title character who the audience follows through multiple decades as she builds her name as a powerful businesswoman. Joy Mangano is known for inventing the Miracle Mop as well many other products. But Lawrence has mentioned multiple times that the film isn’t a pure biography. Many events are changed or fictional.

The December entry in “movie remakes that seem unnecessary on paper” has the 1991 action/ crime movie Point Break being remade. The plot revolves around an FBI agent infiltrating a team of extreme sports athletes suspected of committing large heists. I have nothing against leads Luke Bracey and Edgar Ramirez. But filling the shoes of Keanu Reeves and Patrick Swayze won’t be easy.

The Big Short is being described as a biographical comedy-drama. It tells the story of a group of financial outsiders, who were able to predict the financial crisis of the mid-2000s. This marks the first film from director Adam McKay that doesn’t star Will Ferrell. Instead he has to scrape the bottom of the talent barrel with Christian Bale, Steve Carell, Ryan Gosling, and Brad Pitt. I’m obviously kidding because that’s an insane group of top actors. It will be interesting to see how McKay does with balancing comedy and drama since he’s used to working on pure comedy.

For the third time in his career, Quentin Tarantino releases his brand of gore to the masses on Christmas day. This one, The Hateful Eight, was delayed, cancelled, and then reborn after the original script was leaked. But after some changes, the movie was finally made. Taking place in Wyoming after the Civil War, a group of questionable individuals wait out a snowstorm in a small store. But apparently these shady folks aren’t totally trustworthy.

The entire list of December movies is pretty impressive. There are some potential award winners mixed in there with other intriguing titles. But for me, like a lot of people, the focus is on Star Wars. I’m also interested in Legend since Tom Hardy is quite impressive in the trailers. I can’t wait to see what he does with the whole movie. Until next month, Merry Christmas, Happy Holidays, and May the Force be With You.