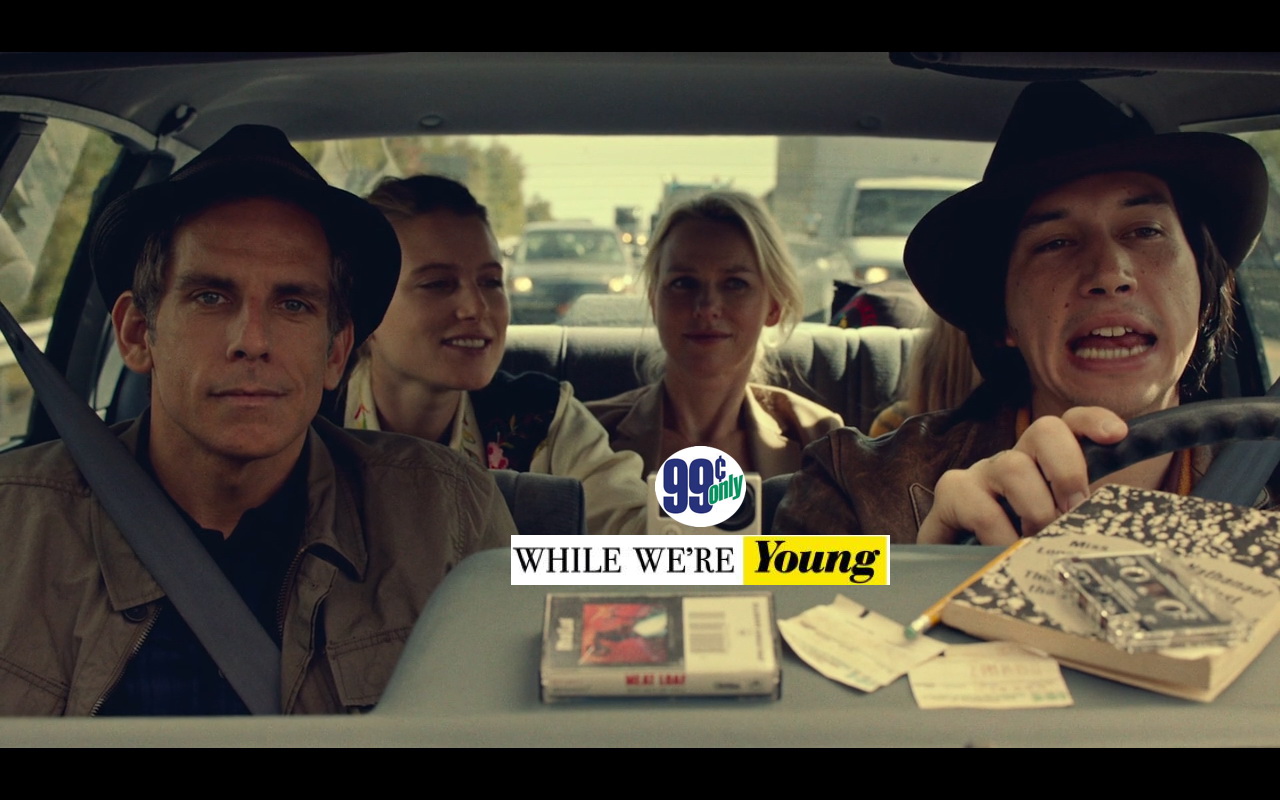 This week, Ben Stiller and Naomi Watts search for the fountain of youth … by befriending Brooklyn hipsters in While We’re Young. 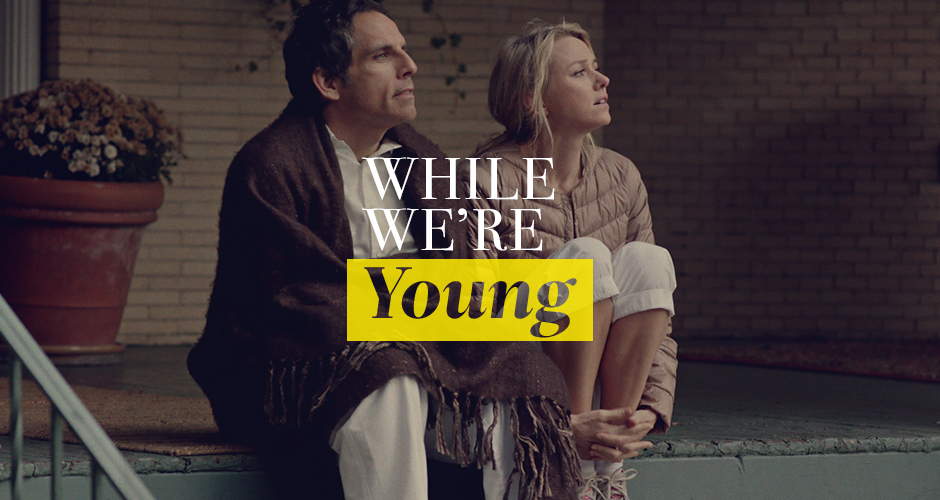 Josh (Stiller) and Cornelia (Watts) seem to have the perfect life … at least that’s what they keep telling themselves. Their mid-forties firmly upon them, the almost-middle-aged duo have watched their friends storm the adult world with steady jobs and babies. Sure, their decision to remain childless has left them with the freedom to do just about anything they want, but what are they doing with it? They could hop on a plane to Paris tomorrow, but they won’t. Maybe next month? You can feel the stitches pulling in the fabric of their carefully crafted existence with every quippy remark and introspective moment that passes between them. Luckily, über hip twenty-somethings Jamie (Adam Driver) and Darby (Amanda Seyfried) arrive to re-invigorate the aging duo and remind them what life is really all about … sort of.

Behind a clever setup, Writer/Director Noah Baumbach sets the tone for an honest tale of youthful yearning and lets While We’re Young unfold at a nice, leisurely pace. Focusing on Josh and Cornelia as they get swept up in the bourgeois bohemian world of their younger counterparts, While We’re Young‘s opening act stands among the funniest of the year. But Baumbach’s film flounders in a second act that sacrifices its stars’ undeniable chemistry for unnecessary plotting and never recovers. While We’re Young opens with a quote from the Henrik Ibsen play, A Master Builder. “I tell you the younger generation will one day come and thunder at my door!” the builder states. “Then open the door,” is the response. Generally I’m annoyed by movies that begin with quotes from other sources. Those sources are usually better than the movie that follows. I expect filmmakers to make the point themselves. Baumbach’s While We’re Young opener sets the tone better than any uppity quote could with Josh and Cornelia fumbling through storytime with their friends’ newborn baby. As they bicker about plot details of “The Three Little Pigs,” the baby begins to cry. The look of dismay on their faces is priceless.

Much of what makes While We’re Young work is displayed in that opening scene. With Baumbach’s singularly incisive writing serving cracker-dry performances from Stiller and Watts, you understand where Josh and Cornelia are coming from before you even meet them. It helps that Stiller and Watts have more chemistry than any two actors on-screen this year. It’s simply splendid to watch the seasoned thespians quip and glare through one memorable scene after another. So much so that I panicked when Driver and Seyfried turned up and began splitting the leads time together. But the characters are charming as hell initially, so I gave them a chance. Baumbach is such a good writer that potentially schlocky scenes of hip-hop dance classes and riding fixed-gear bikes while obsessing over pork-pie hats play with a level of charm most comedies only glimpse. As the film progresses, Josh and Cornelia spend less and less time together. Without the chemistry of its stars, While We’re Young‘s sense of charm and discovery rapidly erodes. Baumbach only makes things worse spending the entire second act of the film wallowing in cheap jealousy plots and a severely misguided subplot surrounding Jamie’s burgeoning film career. I’ve never watched (or re-watched) a Baumbach film because of the plot. Give me the intellect, the laughs, and the inherent humanity any day. Damn the plot.

While We’re Young is a film that begs to revel in humanity. For approximately 45 minutes, Baumbach and Co. seem poised to answer questions about life, love, family, loyalty, and other things unknown. As Josh’s and Cornelia’s stories unfold, you can feel Baumbach reaching for some greater truth in their lives. About halfway through the film, Josh and Cornelia follow their counterparts to a spiritual ritual. Chants are chanted (by musician Dean Wareham in a scene-stealing cameo), hallucinogenics are ingested, and journeys are sought. It’s the moment when everything should come together and a grand truth should drive the story forward, but the moment passes with little to show. Just vomit. Lots of it. Baumbach’s story devolves into silly plotting from there while Josh and Cornelia fumble their way to an obvious (if still somewhat satisfying) final moment. Jamie’s and Darby’s fates are essentially irrelevant. In the end, none of it feels like it was earned. Maybe that’s Baumbach’s point. Maybe we’re all fumbling our way to something – good or bad – we didn’t quite earn. But I’ve read A Master Builder and I already knew that. Baumbach should have found a way to tell me on his own.

I can’t recommend dropping that dollar this week. It’s not that While We’re Young is bad. It’s not. It’s just that Baumbach’s films are frequently so much better. In spite of its grand intentions, While We’re Young never quite finds itself and the whole enterprise feels a bit empty. Chalk it up as a rare misfire from Baumbach who usually serves his actors and his audience with more resonant material. To see the director at his best, check out his autobiographical opus The Squid and the Whale (2005). Need a Stiller fix? Take a look at his previous Baumbach collaboration, Greenberg (2010) for a truly prickly bit of fun. Make it a bittersweet symphony of laughs with Baumbach’s other 2015 release, the luminous Mistress America. Then take it all back home with the director’s near perfect debut, Kicking and Screaming (1995). All in, that killer Baumbachathon will only set you back about $20, but it’ll cost you roughly eight hours. It’s totally worth it … but you should probably do it while you’re young.