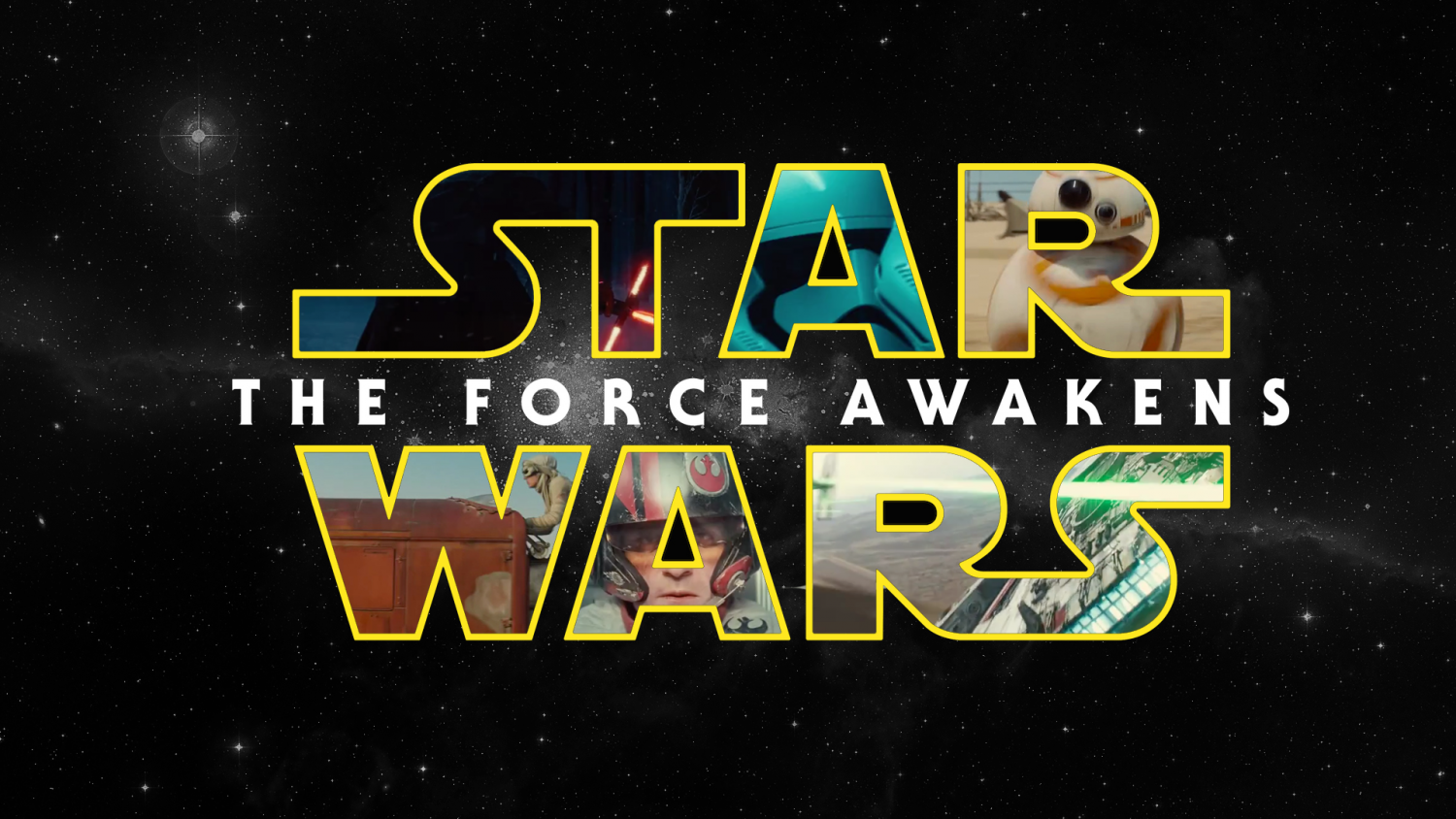 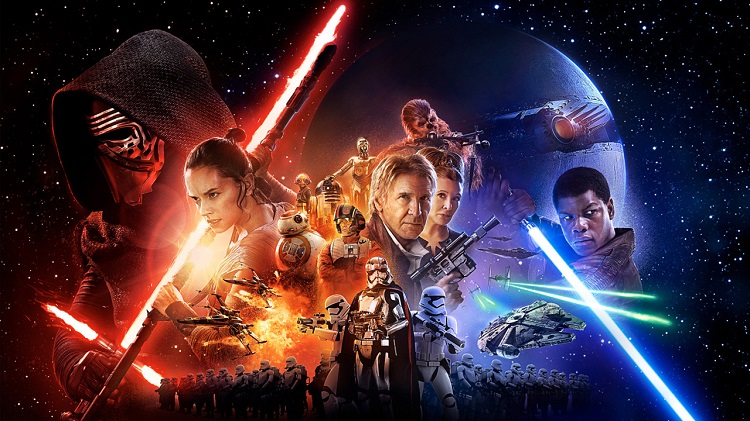 The past year has been rife with excitement about the continuation of the Star Wars franchise. With theories flying every which way and fans desperately ducking away from spoilers, this movie has been one of the most looked-forward-to films of the year. Now, The Force Awakens is finally here, and it’s crushing box office records on its way to movie greatness less than a week into its debut. There’s a good reason for that, too. While I will not give any spoilers about it for those who have yet to see it, I will say this: The Force Awakens is the excellent beginning point of a superb new story, combining the old and new into something that is different and modern, yet reminds fans of the glory of the originals. Fans will be glad to know, too, that this new movie is not like the prequels. It successfully evokes the feelings of the original trilogy while also introducing new story elements into the Star Wars universe.

The “First Order” of Business: Plot and Character (Spoiler-Free) 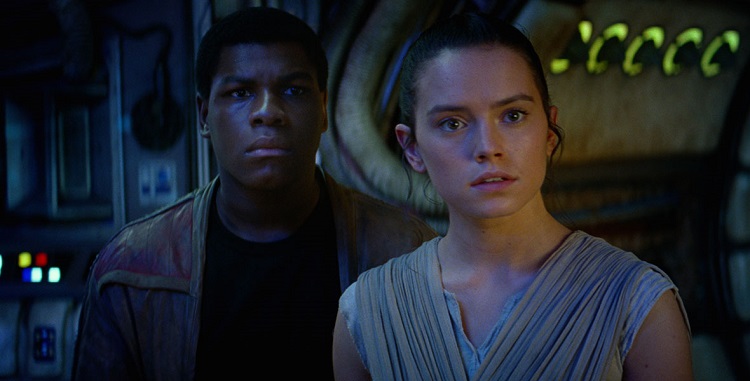 The Force Awakens introduces us to three (well, four, really) new characters who will become the building blocks of the new series: Rey (Daisey Ridley), Finn (John Boyega), Poe Dameron (Oscar Isaac), and adorable orange and white ball droid BB-8. Rey is a scavenger on the planet Jakku, Finn is a stormtrooper gone good, Poe Dameron is an ace Resistance pilot, and BB-8 is a tagalong droid with a big part to play. The First Order introduces itself, too, as the movement that arose from the ashes of the Empire, an organization that just can’t seem to die. At its head are four other new and important characters: General Hux (Domnhall Gleeson), Stormtrooper Captain Phasma (Gwendoline Christie), and Dark Side-users Kylo Ren (Adam Driver), and Supreme Leader Snoke (Andy Serkis).

The story is fast-paced and doesn’t waste any time (especially not with sitting and talking, the prequels’ annoying habit). It plops the audience right into the middle of an already busy story and allows the viewer the freedom of putting the pieces together as they come. Most of my time watching this movie, my face was probably one of rapt attention, as there was so much going on and so much to look forward to (like the first scene with Han Solo, which was awesome–I mean, come on, it’s Harrison Ford!). The plot was well-paced, with expository scenes and battles in good proportion. There wasn’t too much or too little of either one, but they were all well-balanced with one another, not gratuitous and not done just for the sake of doing it. The semi-darkness and great suspense of this movie was broken up with plenty of humor, concise character-building, and references to the original trilogy. The movie itself was long, but it was constructed well enough that I didn’t find myself wondering when the movie would end. I wanted more, actually. So many things happened, and yet there are still plenty of issues and questions for the next two movies to deal with.

Director J.J. Abrams reportedly did his level best to make a movie that stayed true to the ideas and feelings of the original trilogy. It worked, too–this is a movie dedicated to the fans. Using real sets and limited CGI effects, Abrams captured the magic that helped make the original trilogy so successful. He tied in the old stories and characters to the new ones, while also beginning the stories of the new characters who will end up taking the reins of the series. And what great actors have been chosen to do this! Daisy Ridley shines as Rey, a tough, rugged, intelligent scavenger who seems to be the new series’ version of Princess Leia. John Boyega’s talents are made obvious, too, as he deals with inner conflict as Finn, a former Stormtrooper with a strong moral compass and better aim than any Stormtrooper ever (maybe once the helmet comes off…?). Oscar Isaac brings in an excellent portrayal of dashing ace Resistance pilot Poe Dameron, and Adam Driver makes a fascinatingly evil, yet conflicted Bad Guy with an impressive command of the power of the Force.

This film is a refreshing return to a series that has had so much bad happen to it. It’s amusing, yet has a strong basis in real human emotion and character depth, due to a well-written script and the excellent acting of both our newcomers and our familiar faces. It deals with issues of family, the use of power, and the strong sense of good and evil that made the original trilogy so great. While this movie may deal a bit more with the grey area than its predecessors did, it still invokes the classic battle of right and wrong that fans love about Star Wars. And in the midst of all of this, The Force Awakens invokes the philosophy of making something that was old new again for a new generation, which is an obvious hat-tip to the new generation of Star Wars fans who are expecting great things from the continuation of the series.

As many have predicted, Star Wars‘ latest chapter is immensely successful in theaters right now. It easily beat out its previous box office record and has toppled Jurassic World from its throne of huge sales. All for good reason. This film is superb, and even though it will never please everybody, it is an excellent addition and rebirth to fame for a series that has gone through so much and become simultaneously adored and maligned over the years. I look forward to the next movie, coming out in 2017. So go on and see Star Wars: The Force Awakens! It’s worth it!