Home Creators CornerComics Adaptive Reasoning: ‘In the Heart of the Sea’
ComicsEntertainment

Adaptive Reasoning: ‘In the Heart of the Sea’ 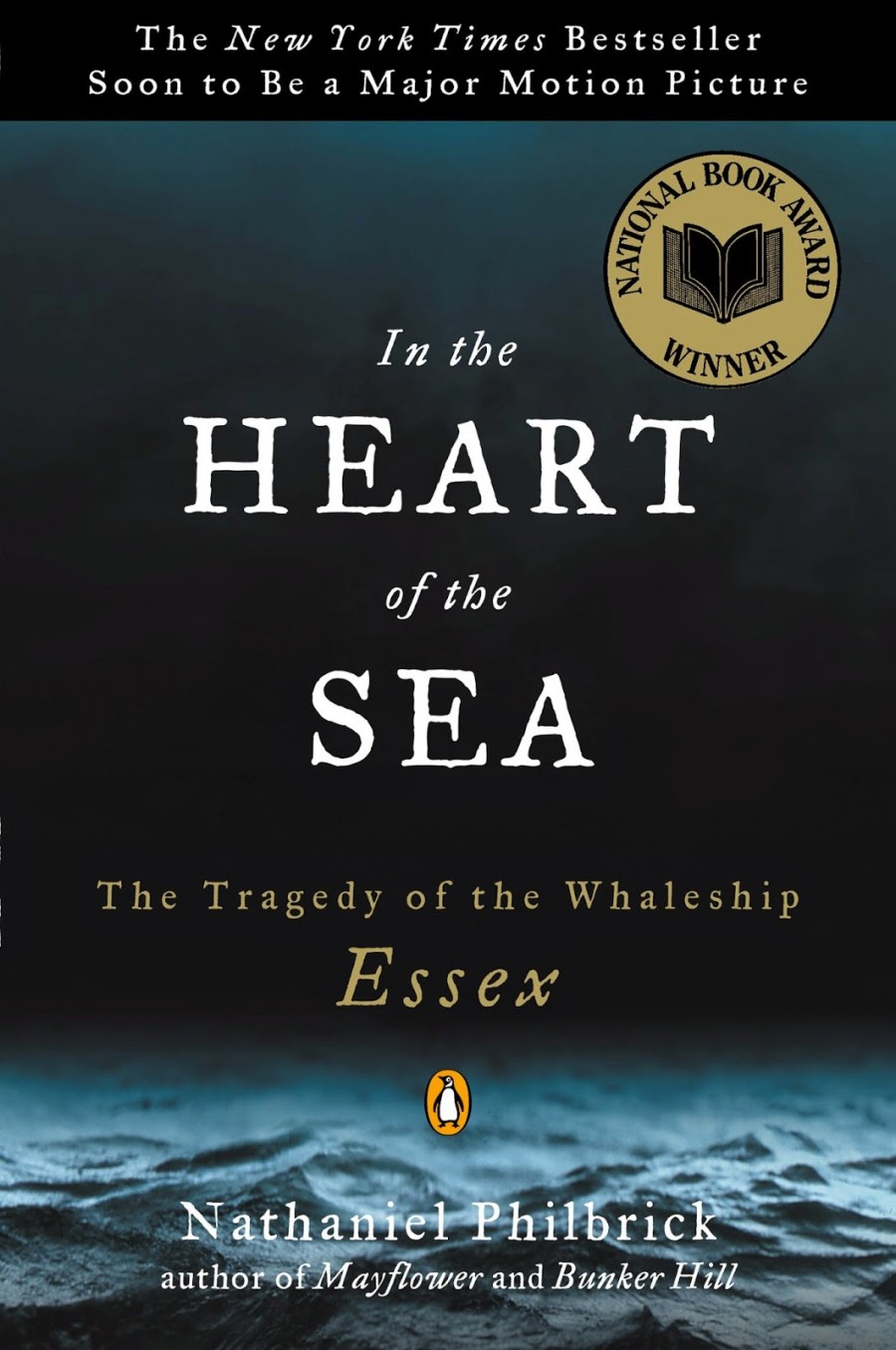 I am an avid reader of non-fiction history. I do my best to convince people that my favorite genre is not the dry, dusty text of high school, but instead is full of riveting tales made all the more dramatic because they happened. I’ve spent the better part of this year trying to push people to read In the Heart of the Sea by Nathaniel Philbrick, the true story of the whaleship Essex. With its grotesque account of whaling, a violent attack by a rogue giant, and scenes of slow starvation culminating in cannibalism, the story of the Essex is an irresistible drama.

You can imagine how excited I was when I learned that it was being developed into a movie. The action and drama were built in, suggesting little possibility for embellishment. And Chris Hemsworth was cast as the heroic first mate? Perfect! This adaptation will be awesome! Right? Right? 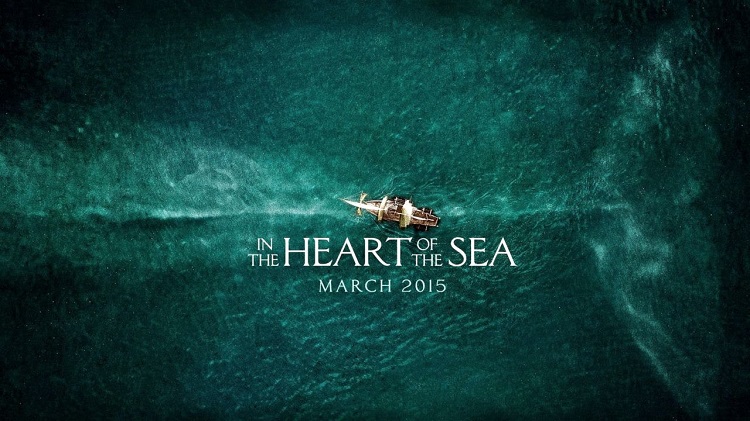 Not entirely. Without being pedantic, there are some changes — one of them major — that unnecessarily alter the original story. There will be spoilers below, but only in the way that you can spoil a movie like Titanic. It’s a historical event. Everyone knows how it ends, but I’m going to tell you about the stuff they made up.

The first portion of the movie truly seemed like it would stay close to the characterization of the crew as written in the book. Captain Pollard was shown to be a stern leader, but not exactly good at his job. First mate Owen Chase — the hero if any member of the survivors could be identified as such — comes off as gruff, but his sound decision-making saves lives. But not here.

Everything goes swimmingly until the white whale appears. (Of course it’s white here. But we’ll get into that later.) The biggest, most aggravating, and most pointless change comes right after. As the frenzied whale attacks the Essex, Hemworth’s Chase calls for the largest harpoons available, ties them together, and spears the whale. The tethered whale continues to thrash around and the ropes tying it to the ship destroy everything on deck. Of course this happens. Tethering the ship to the monster attacking it is a terrible idea. That’s why the real Chase didn’t do it. According to the book, he had the spear in his hand, but thought better of it. Chase knew that goading an already enraged whale and effectively giving it a weapon, would make a bad situation even worse.

Later on in the film, the white whale returns to attack the drifting whale boats — in reality, this second attack was by a different whale, but it’s a better story this way, I get it — and movie Chase goes for it again. This time the choice makes even less sense because he’s now acting against his own characterization within the film. Throughout the book and most of the movie, Chase is shown to be the wisest member of the crew: he fixes sails, calls out Pollard’s mistakes, and fixes those too. So why would he now make a rash decision that worked out so poorly the first time he tried it?

The answer: a weird attempt at a redemption arc. After 71 days at sea, the whale pops up out of the clear blue sea. But this time, he and Chase, who has a hatchet in his hand, make meaningful eye contact, and I guess come to a mutual, unspoken agreement about the wrongness of killing your fellow creature. Okay, sure.

Philbrick does an excellent job conveying the agony of the slow death the men of the Essex face stranded in their whale boats. He tells us how they fished every day, but never caught a single bite, how they butcher tortoises brought along as provisions and quench their thirst on the animals’ blood, how the situation is made more dire as an ailing Joy miscalculates his boat’s rations and men begin stealing, and finally, how they look at the bodies of their fallen crewmates and contemplate the unthinkable. None of this is in the movie.

Attempts at fishing are all but forgotten. There is one mention of the daily rations early on, and the men turn to cannibalism the very first time the opportunity presents itself. In reality, Peterson, the first to be eaten in the movie, was buried at sea, demonstrating the men’s reluctance to resort to cannibalism despite their desperation.

Nobody Cares About Herman Melville 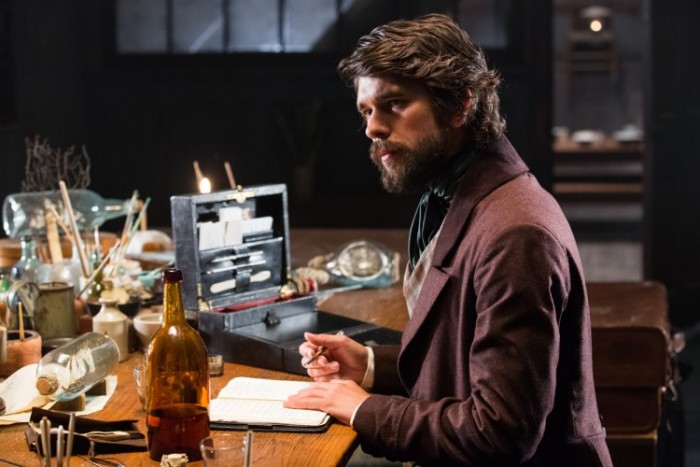 The story of the Essex is best remembered as being the direct inspiration to Moby Dick. It seems only natural that Herman Melville is worked into the movie as a kind of narrative device. His interview with Thomas Nickerson, a cabin boy who survived the voyage, introduce and conclude the main story. But instead of using him solely as an interesting bookend, the film shoehorns him into more than his fair share of scenes. The decision to make the monster whale white is an unnecessary send-up to his fictional Moby Dick. Even the trailers and movie posters focus on Melville’s work, which was written decades after the disaster happened. His career even gets attention in the epilogue with praise from Nathaniel Hawthorne. Because Herman Melville was a character worth caring about. All of this suggests to me a gross overestimation of how much modern movie-going audiences care about classic literature.

So which is better? I won’t say that the film version of In the Heart of the Sea wasn’t worth a watch, but I still eagerly recommend the book. As a work of nonfiction, it’s able to fully explore the situation the men of the Essex find themselves in. Philbrick gets into what starvation feels like, what it does to a person physically, how the truly starving seem to instinctively go for the heart and liver when cannibalizing the dead. He also describes the social history of Nantucket and how race and family ties possibly played a role in who lived and who died. If you find that stuff fascinating like I do, absolutely check out the book.

Teal Nicole is a fancy lady who likes scary movies, bugs, and weird history. She spends most of her free time talking to cats and knitting things with swears on them.

Asus Chromebit Review: Turn Any Screen into a Browser

‘Star Wars: The Force Awakens’ for a New Generation