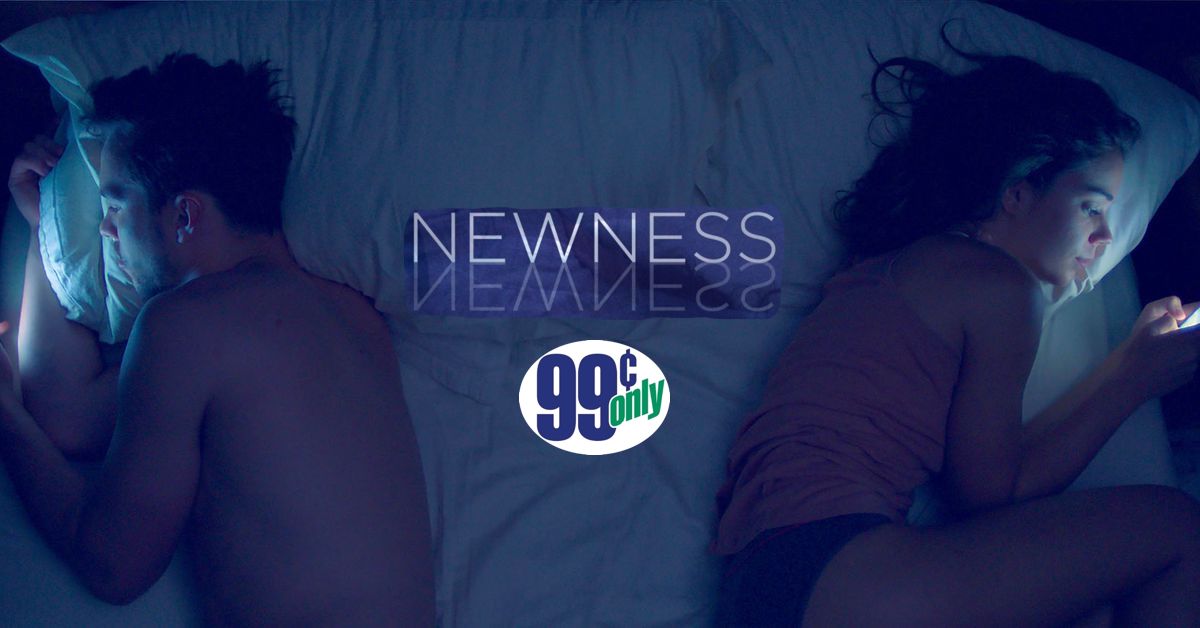 There are not many movies that I flat-out refuse to watch. As it happens, the featured $0.99 pick this week is one of them. It’s call The Emoji Movie. I don’t really know why this film actually exists, but I had no intention of spending my time or money on it this week. Luckily, I didn’t have to, because the $0.99 indie pick is a “2017 watch-list” flick that I never got around seeing. So …

This week, Nicholas Hoult and Laia Costa are looking for love in the app-age melodrama Newness.

What Would Happen If You Shared Your Feelings?

Martin and Gabi are absurdly good-looking Angelinos struggling to find connection in L.A.’s social media soaked dating scene. Their romantic fortunes change when they finally swipe for each other, but their budding relationship is put to the test by a shallow hook-up culture that promises Newness with a simple swipe of the finger. Can these crazy kids put their phones away long enough to fall in love? Can love actually exist in the age of apps? And can average looking people ever be cast in a Drake Doremus film? Find out in his elegantly executed but emotionally empty romantic drama Newness. 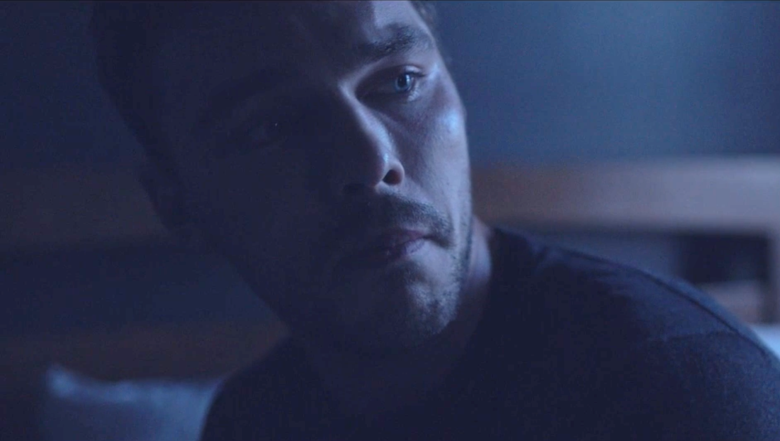 Drake Doremus has spent the past few years staking his claim as one of the more intriguing young filmmakers working today. As his films (Breathe In, Like Crazy and Equals among them) are typically centered around the romantic entanglements of soon-to-be adults, he’s also become the cinematic voice of millennial (and post-millennial) angst of late. So yeah, it made a lot of sense that Doremus would cast his gaze on the thorny landscape of dating in the app-age with Newness, but it feels like he went into the film with his eyes half-open.

Not that there isn’t a lot to like about Newness. There is. With crisp visual textures that simultaneously capture the inherent warmth and icy resolve of contemporary Los Angeles, the film is simply enchanting to look at. Coupled with a beguiling sound design, beautifully detailed work from the film’s art department, an absurdly good-looking cast, and a lavish but intimate original score from Keegan DeWitt and Gwilym Gold, Newness proves itself a treat for both the eyes and ears over its almost two-hour runtime.

Unfortunately, that two-hour runtime is also part of the problem. Though Doremus and Co. maintain the film’s lush aesthetic palette over that time, the story that accompanies it fails to match the grandeur. In fact, the shallow, annoyingly angst-ridden and all-too-predictable story that Doremus and frequent screenwriter/collaborator Ben York Jones spin with Newness manages to completely undercut the film’s aesthetic enchantments. As a result, that palatable two-hour runtime comes to feel twice as long, and the pair’s cautiously optimistic romance eventually devolves into a weepy, whiny melodrama about miserable people doing terrible things to each other … though apparently they really don’t want to. Instead of rooting for the young lovers to overcome the obstacles of the world – not to mention their own paper-thin emotional baggage – you’re more likely to end up rooting for them to sever ties and go their separate ways. Lost in the mix are a pair of passionate performances from stars Nicholas Hoult and Laia Costa (Victoria) who, try as they might, simply cannot save the film from itself.

Still, you almost have to admire Newness for its aspiration to greatness. The problem with making movies is that so many things have to go right – writing, acting, cinematography, editing, music, sound, and so on and so forth – to make a great one, and it’s extremely rare if that actually happens. Most movies are lucky if they can claim greatness for half of the elements that went into their making; and they’re left hoping that the less than stellar bits don’t drag the rest of the film down. At its best, Newness is an aesthetically engrossing look at love in the modern age. At its worst, the film is a terminally frustrating character study about passionately selfish people who have no character. If you haven’t been keeping track, that ultimately makes Newness half of a great movie. One whose undeniable beauty begs you to swipe, but one that ultimately lets you down when it’s time to dig below the surface.

Let me be clear about this; Drake Doremus is a supremely gifted filmmaker. I have every confidence that he’s going to make a truly unique film that will leave us all in awe one day. Newness is not that movie. Sure, there’s a lot to like about this film, but character and story are not on that list. And, well, those things are fairly important in movies. You might want to save your dollar for something a little more palatable this week. Like Kogonada’s stark, immersive drama Columbus, which is one of 2017’s truly overlooked gems, and is also available to rent for just $0.99 this week. All you gotta do is scoop it out of the Movies You Might Have Missed section of iTunes Movies. Enjoy!

Fan Fiction: The Madness That Binds Us – Chapter Two

Geeking Out Over Gmail