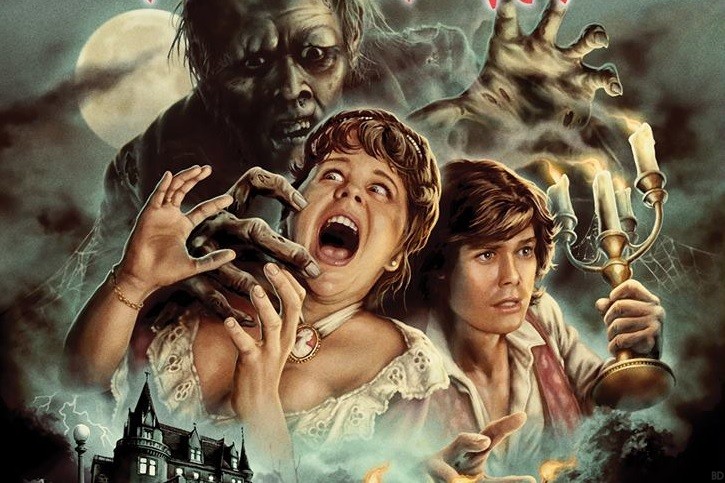 I made a mistake. Mea culpa and all that, and I’m ready to own it. I forgot that the unfortunate impact of the “side” aspect of “side hustle” is that sometimes things bustle in and you get off track. This, dear friends, was never my intention, but the summer reached chaotic heights, and time just sort of slipped away. But I’m not prepared to give up on what was a perfectly ridiculous experiment, so with your indulgence, I will push reboot, redux, replay on “Hypothesis/Conclusion,” with a stronger focus and a better understanding of one pivotal aspect: no prestige films.

I kept not watching The Transfiguration because it looked too good to not give it ample concentration and focus, and I continually lacked in those things. So from here on out, we’re going to emphasize trashy fun. And, good news, thematic, trashy fun! Since we are about to enter September, the next several films will all be school focused (back to school, if I can manage it), October will be Halloween, November Thanksgiving, you get it. For the first scene of our second act, let’s watch the trailer for Hell Night, circa 1981, and apparently starring Linda Blair, lending it an air of validity that definitely isn’t earned by a movie that apparently features the line “now this is one radical chick!” uttered in complete sincerity.

Three minutes later, and my professional career of deriding people who say “that trailer gives EVERYTHING away” has been completely nullified, because I’m pretty sure that trailer gives EVERYTHING away. I don’t feel like much speculation is going into this one. A group of horny co-eds are pledging sororities/fraternities, and to complete their initiation they have to spend the night in a house where a family was murdered 12 years prior. Inevitably, throughout the night, our young heroes get picked-off, by what I feel confident is the original murderer, hiding in the walls. Or, maybe we’re going more Michael Meyers – in fact, I’m immediately revising my initial hypothesis, and going with: escaped from a mental institution on the anniversary of the night of the massacre. Both because the trailer says it’s an annual tradition to spend the night in that house and there’s no mention of previous murders and because, well….Hell Night doesn’t look terribly original, and ripping off Halloween would be the easiest possible route. The radical chick is definitely going to die. So is her goofus boyfriend. Linda Blair is our Final Girl, mark my words.

Hell Night is streaming on Prime for free. In the name of redemption and jumping all the way back in, both feet, I’ll be watching it tomorrow evening, with a snifter of some very suspicious peach moonshine a co-worker gave me. Watch along, if you’d like, either way, I’ll report back soon!

Technology & Tradition – Can Gaming Contribute to the Preservation of Old Traditions

Are Budget Gaming Laptops Worth It?