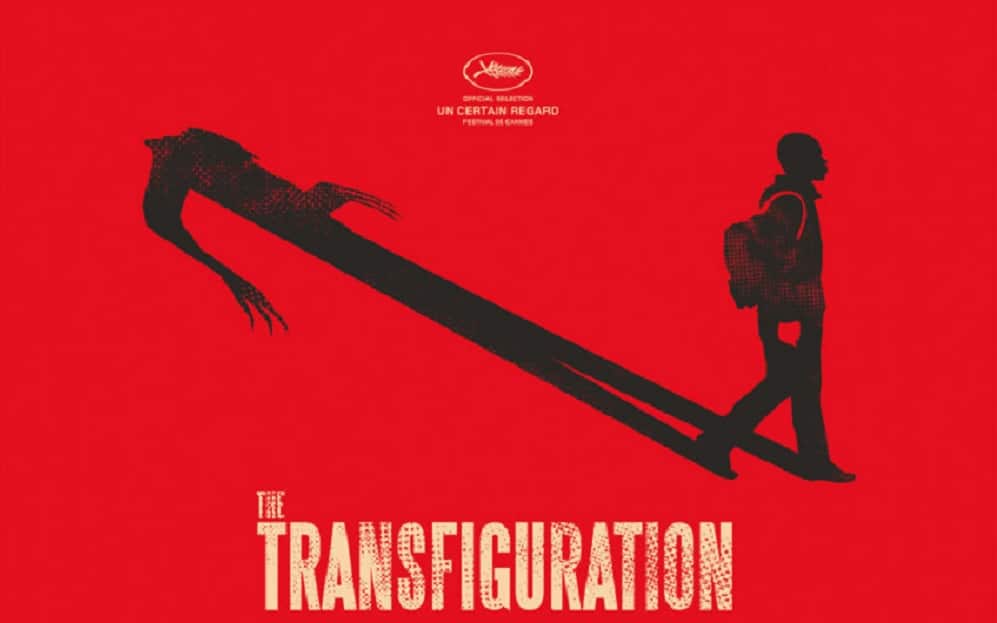 Far be it for me to challenge the wisdom of old and trite clichés. Surely, if we have been told not to judge a book by its cover, then judge it by its cover we should not. But guys. The Transfiguration, a movie I selected based solely on its poster, looks really good. Who knows, maybe the rules vary from literature to cinema!

Here’s what we know from the trailer: a young teenage boy is obsessed with vampirism. He either believes he is a vampire or desperately wants to be one. He meets a similarly aged girl who he hits it off with and tells her about his hobby/fascination. Hijinks ensue.
Last movie, my theory was based on virtually nothing. I spun cotton candy out of air and the Frankenstein-ed pieces of movies I’d seen before. This time I have a genuine guess, and one that I think stands an at least 60 percent chance of being right. Twice now I’ve said I am 100 percent certain I’ve been correct, and twice I have had to eat those words.

Well, friends, my appetite for lexicon has waned, so I’m not making any more grandiose claims. But. Here’s what I am pretty confident of: I think the boy will have a long standing fascination with vampires and vampirism, without actually having been one. I think they will have appealed to him based on the fact that he feels like an outsider and they represent a sort of dark, outsider culture. The girl, I speculate, will actually be a vampire, and that is why she’s so accepting of his obsession. Once he realizes she is, he will be conflicted, because he will have grown to care about her, and she accepts him as he is, but faced with the actual brutality of the whole killing humans, drinking blood thing, he is horrified. The greatest question is whether the revelation comes early or late in The Transfiguration, and ultimately how he chooses to embrace it. Sort of like an older generation Let the Right One in. I cannot be certain, but I get the vibe that one of these kids isn’t making it out alive. Maybe she murders his whole family to isolate him so that she is all that he has left in the world, so he hast to stake her. It’s as reasonable a guess as any!