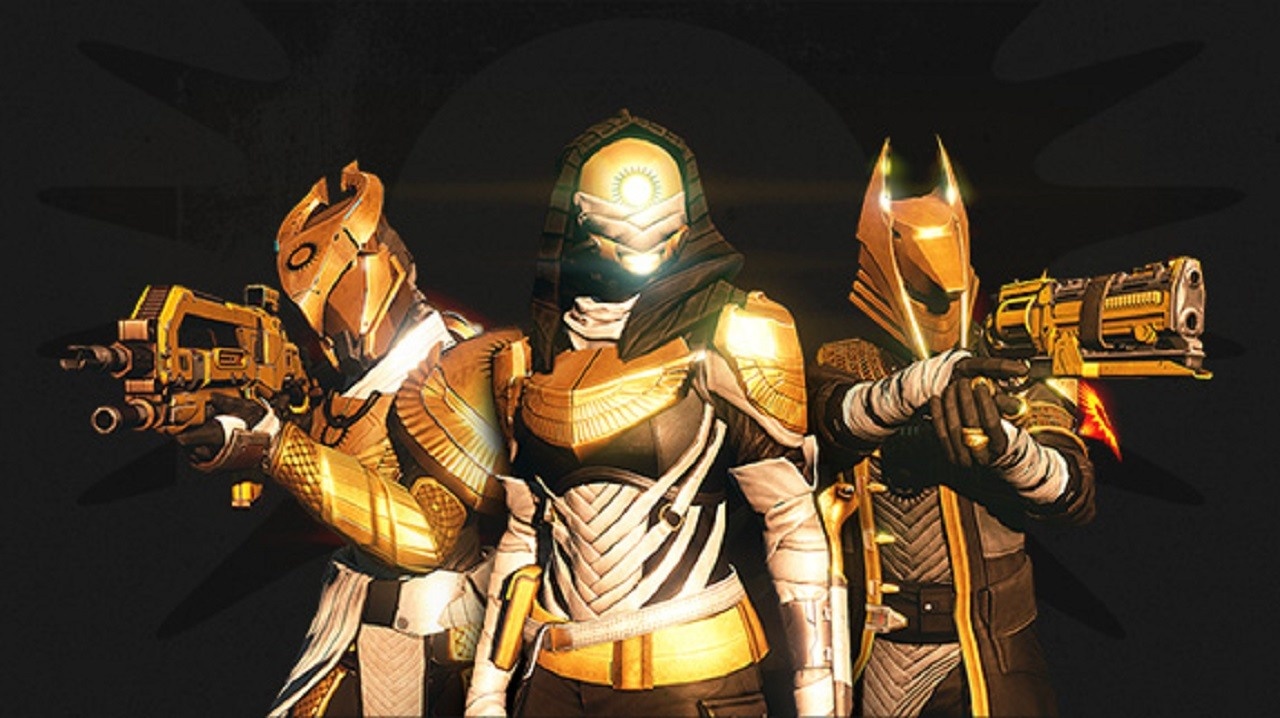 I was a Destiny fan before it dropped and even before the beta. Thanks to friends who deeply enjoy such things, I saw countless gameplay videos. Every time we got wind of a new feature, we discussed it at length. When Destiny launched and was not, apparently, what others had expected, I wasn’t disappointed. I knew what I was getting because I watched the gameplay videos.

This is all to say that, while I am not the type of person who believes that, as Robert Brockway puts it, “There’s an imaginary game of pure potential that exists only in gamers’ heads, and Destiny is not that game, so Destiny is a piece of shit,” I wasn’t entirely impressed with the game for the first eight months. Sure, I enjoyed every game type, and thought Bungie’s constant updates in response to the community were refreshing, but something was missing.

A few months ago, when we were still trying to complete our Crota’s End raid gear sets, I broke down and confessed:

“You know, I really wish Destiny had another game mode.”

“I don’t know. We have plenty of PvP and PvE game types, but something is missing.”

I don’t post on the community forums, and I doubt anyone making so vague a suggestion was lucky enough to get noticed, but Destiny‘s House of Wolves DLC was exactly what I’d been waiting for. In order to explain why, we need a short history lesson.

The Dark Below– A Disappointing Rundown 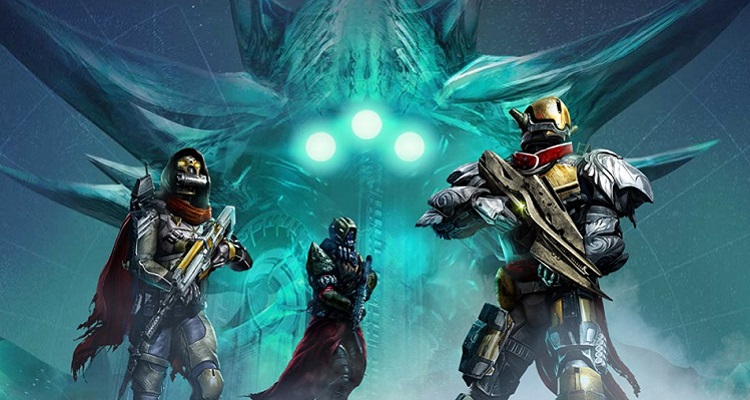 House of Wolves is the second of the two expansions included in Destiny‘s season pass. The first, The Dark Below, came with a lot of changes when it was released in December 2014. Many of these were good. Players got two new strikes, a second raid, a new level cap, and several multiplayer maps. But The Dark Below also brought a complete overhaul of Destiny‘s equipment system, which made large portions of the game obsolete.

Vanilla Destiny required players to equip a full set of 30-Light gear in order to achieve a maximum level of 30. This meant players had to obtain and level four pieces of gear from the Vault of Glass raid, or three raid pieces and one exotic. This gear was leveled – as were legendary and exotic weapons – with Ascendant materials obtained within the raid. This system put the highest priority on playing Destiny‘s first raid, especially to those who enjoyed the level-sensitive Iron Banner events.

However, when The Dark Below raised the level cap, the Vault of Glass was rendered entirely useless. Now, players needed a full set of 36-Light gear to achieve the new maximum level: 32. Bungie also raised the Light level of vendor armor to 33, making it more impressive than the 30-Light rewards in the Vault of Glass. In addition, legendary and exotic gear now needed Radiant – not Ascendant – materials received from chests and checkpoints within Crota’s End in order to level.

The Dark Below wasn’t a bad DLC, by any means. But its complete overhaul of Destiny‘s leveling system made playing the first raid a complete waste of time, even for new players, who could now just purchase 33-Light gear from their favorite faction representative and bypass the Vault of Glass altogether.

Compounding my growing disinterest was Bungie’s over-correction regarding Destiny‘s common resources: Spinmetal, Helium Filaments, Spirit Bloom, and Relic Iron. Like Ascendant and Radiant materials, these resources were required to upgrade weapons and armor, but players needed them in much higher quantities. This meant hours grinding away in Patrol – Destiny‘s free-roam mode – which was, admittedly, very little fun.

After months of community complaints, Bungie released an update that would allow players to exchange in-game currency for these common resources. While I initially rejoiced at the convenience of this change, I soon realized that it had rendered the Patrol play mode nearly pointless. Aside from the occasional bounty, there was very little reason now to free-roam in Destiny. Resource nodes went untouched by players who could now simply buy their materials in the Tower.

While the obsoletion of Patrol wasn’t exactly The Dark Below’s fault, the points of both Destiny‘s free-roam mode and its first raid were sucked away around the same time. This left gameplay in the Bungie title with a much narrower scope. PvP was still okay, as were strikes, but with only one raid and no point to Patrol, Destiny was growing stale.

Why House of Wolves  Negativity Was Misplaced 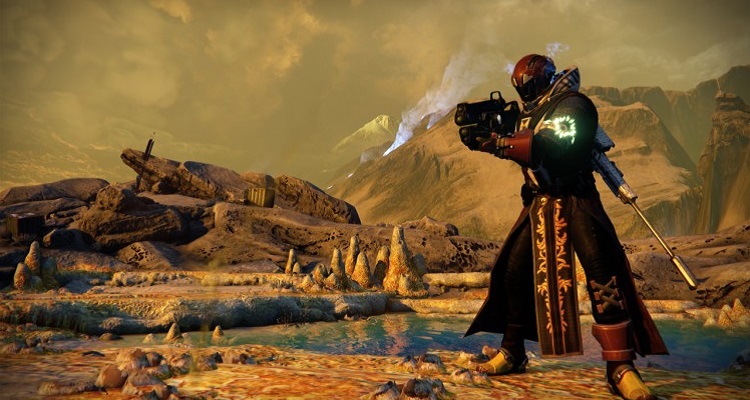 The months leading up to House of Wolves were full of cynicism on my part. A new level cap? What, so they can make Crota’s End obsolete, too? No raid? Who do they think they are? But, as Bungie’s intentions became more apparent in the weeks leading up to the release of their second Destiny DLC, I realized my negativity was misplaced.

House of Wolves’ most significant improvement to Destiny is its revamp of the leveling system. New weapons and armor have no use for Ascendant and Radiant materials; players can break them down into Motes of Light and Glimmer.

All legendary and exotic gear – regardless of origin – can be ascended to the maximum Light or damage level. This means that, instead of being forced to wear raid armor in order to max out their level, players can pick and choose the pieces of armor they wish to wear and ascend them. Along with the reimagining of the various faction armor sets, House of Wolves’ overhaul makes for much more diversity in toon appearances.

Thanks to the new Queen’s Wrath bounties, Patrol has a purpose once again. These weekly objectives instruct players to hunt down specific enemy groups or participate in specific public events for reputation and XP. Although they can be time-consuming, these new challenges never feel like grinding. Actually, they’re pretty addictive. Completion of the new public events rewards players with Ether Keys, which may be used for a limited time to unlock special chests filled with higher-level rewards, including a chance to find a Treasure Key.

Let Me Explain Why This New Game Mode Rules

Treasure Keys are part of my favorite House of Wolves addition: the Prison of Elders. This new game mode – It’s just what I’ve been wanting! – pits three-player fireteams against five rounds of enemies, bosses, modifiers, and objectives. The result is a frenetic, wave-based arena similar to Nazi Zombies, Horde, and Firefight.

There are seven different activities in the Prison of Elders. The highest challenge, a level 35 arena known as Skolas’s Revenge, is always available, as is a randomized level 28 arena. Of the five additional Prison of Elders activities, two are available each week in level 32 and level 34 slots. Upon successful completion of a Prison of Elders challenge, players are given access to a treasure room containing three chests, one of which may only be opened with a Treasure Key.

House of Wolves’ final addition to Destiny is the Trials of Osiris PvP mode. This weekly 3-v-3 elimination challenge has fireteams scrambling to achieve as many wins as possible – max: 9 – before amassing three losses, by going head-to-head in first-to-five matches. After completing a game card, either by maxing out their wins or losses, players may turn it into a new vendor for a prize. Fireteams who score 9-0 victories receive the highest honor: access to the Lighthouse, an exclusive social area on Mercury.

Destiny  Finally Gave Us What We Wanted

Speaking of social areas, Destiny‘s new expansion also brings the Vestian Outpost, a new social area in The Reef. The Vestian Outpost is players’ source for all things House of Wolves, including Queen’s Wrath, Trials of Osiris, and Prison of Elders vendors.

With the House of Wolves DLC, Destiny finally feels complete, at least from an MMO standpoint. As a former World of Warcraft player, I can’t stress the impact that multiple social spaces can have on a game, particularly in terms of making players feel as though they are immersed in a real, living world. The creation of new PvP and PvE challenges keeps the content fresh, especially when those activities change every week. With the new Queen’s Wrath bounties and the reworked leveling system, Bungie has made certain that each Destiny location is important to all players.

Taken separately, any of these improvements would have been lauded. But by packaging them in a single expansion, Bungie has ensured the successful recognition of these developments. The end result makes House of Wolves a boon to Destiny, pure and simple.

The iTunes 99 Cent Movie Rental Of The Week: ‘Love, Rosie’