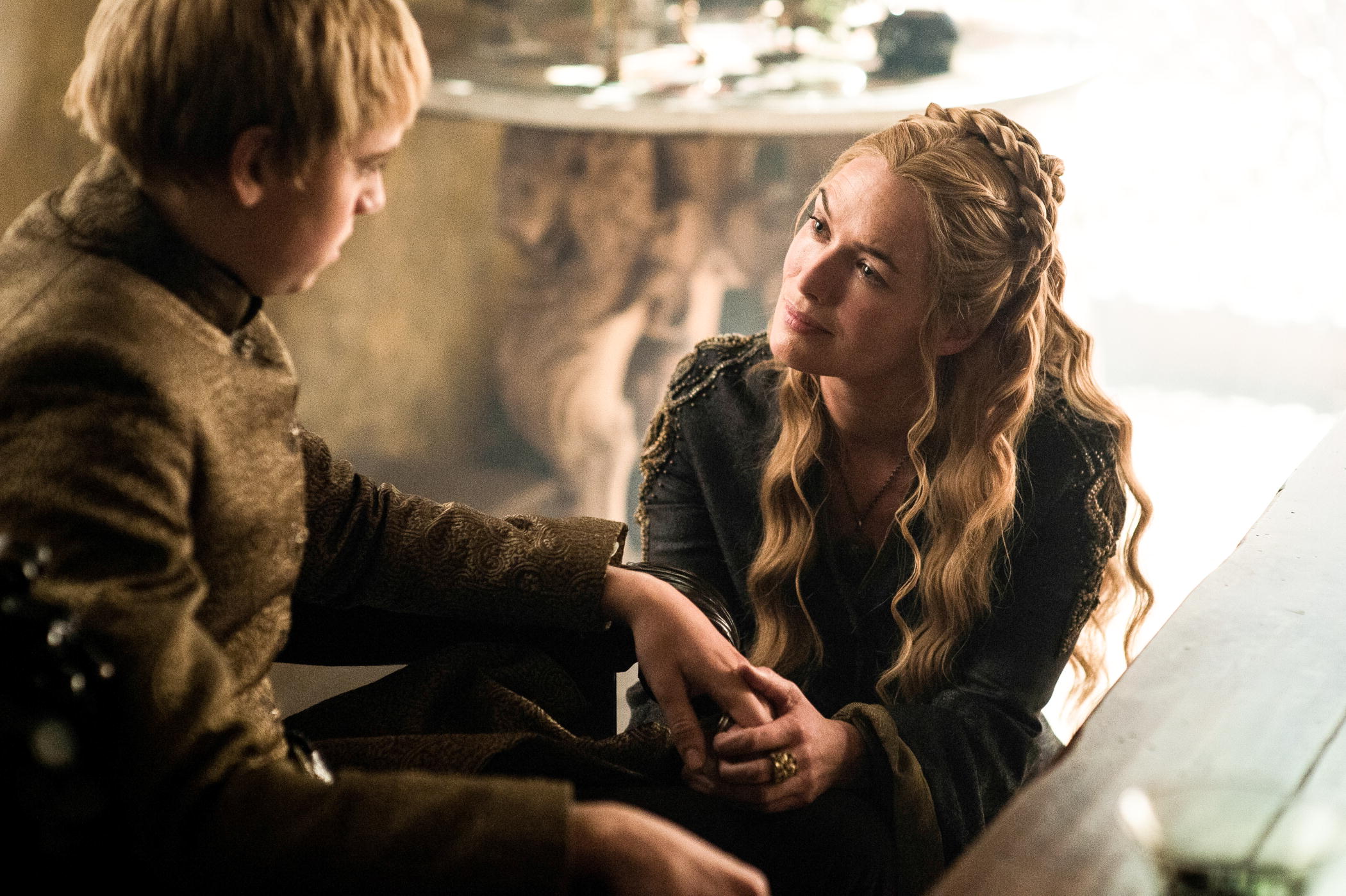 Were you having a fun, relaxing Memorial Day weekend? Well Game of Thrones put an end to that with stress levels boiling over this week. The first half of episode 7, “The Gift,” had me questioning my devotion to the show as the storylines slapped us in the face repeatedly. But there are a few plans in motion that may allow the season to end on a positive note. To paraphrase Tyrion from last season, “If you’re looking for justice (or happiness) you’ve come to the wrong place.” Here’s our Game of Thrones S5 E7 recap.

Sam Ain’t Afraid of No Ghost

At Castle Black, LC J-Snow (that’s his hip hop name) is leaving the Wall with Tormund to follow through on his plan of granting the wildlings passage to the south. Thorne complains about it, but he complains about most things Jon says. Sam gives Jon a bunch of dragonglass daggers in case the White Walkers come sniffing around. After a loving bro hug, Jon is off. Soon after, Maester Aemon starts to pass away as he reminisces about his once baby brother, Aegon, who grew up to be king. Quietly, Aemon dies. That’s what a natural death looks like in Westeros. On a show where most characters die, the natural way has been woefully underrepresented. Sam gives the eulogy the next day. I don’t want to start a debate about the biology of Targaryens, but even though he was the blood of the dragon, his corpse sure seemed to be on its way to burning up pretty good. Remember Dany wouldn’t burn in the past. But I digress.

Sam is forced to show his combat skills when a pair of crows attacks Gilly in the dining hall. They beat him up pretty good, but luckily Ghost shows up just in time and saves Gilly and Sam. Gilly takes care of the battered and bruised Sam before…they have sex. Who needs their stinkin’ Night’s Watch vows these days anyway!?

At Winterfell, Sansa asks Theon/Reek for help. She gives him the candle to go and light a signal in the tower. Okay here we go! Theon is going to redeem himself. He’s walking through the snow. Yes! He’s walking up the stairs. Yes! He opens the door. Yes! He’s bringing the candle to Ramsay. No! So Ramsay flays the old woman who said she would help Sansa. That’s what Game of Thrones fans were asking for, more misery for Sansa. She’s had it too easy these five seasons.

Do You Want to Build a Snowman?

Meanwhile, Stannis’ army is stuck in the snow at some point on their march to Winterfell. Davos reports that they’re continually losing supplies and horses. Also some of the sell-swords have left. But retreating isn’t Stannis’ style. He questions Melisandre’s visions of victory. But she assures him everything will work out and, oh yeah by the way, can we sacrifice your daughter? Stannis replies, “Melisandre, you are trippin. I ain’t about that.” I think that’s the direct quote actually.

In Dorne, Myrcella visits Jaime and asks him why he came. She’s happy living in Dorne with Trystane, who is currently nursing a Bronn sized fist print on his face. Speaking of Bronn, he’s in prison macking on the Sand Snakes. Well really he’s insulting them until Tyene seduces him with this episode’s required boob appearance. As this gets Bronn’s blood flowing, he begins to feel the effects of the poison that entered his system last episode when he was cut by a Sand Snake blade that was coated in the stuff. Tyene gives him the antidote though after she forces him to say that she is the most beautiful woman in the word. So to sum it up, this scene does little to move the story forward. Before this season, I was excited that the show was going to Dorne, but we are running out of episodes for this storyline to make any kind of meaningful impact on the season.

Oh King’s Landing. You are the worst. Lady Olenna meets with the High Sparrow in order to try and free her grandchildren, but that goes nowhere. In the Red Keep, Tommen whines about Margaery being in prison, but that goes nowhere. Then we are treated to an intriguing scene between Olenna and Little Finger. They discuss their roles in offing Joffrey. But surely this partnership isn’t done as both have lost quite a bit due to the Faith Militant’s craziness. The Queen of Thorns threatens Little Finger that if her house suffers, his involvement in the Purple Wedding will become public.

But things in the capital really get cooking after Margaery refuses a thinly veiled goodwill gesture from Cersei. The queen mother brings her daughter-in-law some food and pretends she had no involvement in this whole ordeal. Margaery refuses the gift because she is no dummy. Cersei then goes to meet with the High Sparrow. He gives an interesting sermon-like monologue about what faith is when you strip away the finery. He uses that to segue into mentioning some chats he has had with Lancel. Oops! She had an adulterous, incestuous relationship with Lancel before he carved his forehead like a jack-o’-lantern. So it’s the moment everyone, except Cersei, saw coming. She is thrown in a cell and is not happy about it at all. There are now two queens who need to trade in their crowns for orange jumpsuits.

Game of Thrones is a show with dragons, magic, and all kinds of fantasy elements. But the most unbelievable plotline in the show’s history is that at every turn there is a hiccup in Tyrion’s trip to Daenerys and each one has actually worked out somehow. At a slave auction, a guy from Meereen name Yezzan zo Qaggaz buys Jorah to use in the fighting pits. For some reason, he buys Tyrion too after he claims he is also a great warrior.

In Meereen, Daario’s advice continues to lean in the “kill everyone” direction. This time he says Dany should kill all of the masters when they show up for the big fighting pit event. Later, her betrothed, Hizdahr zo Loraq brings her to a small qualifying fighting pit. She doesn’t enjoy it because she apparently has a very selective stomach for violence. Khal Drogo would be disappointed. But in a convenient stroke of luck, this happens to be the fighting pit Jorah and Tyrion are at. When Jorah notices his queen, he enters the battle and defeats everyone without killing them. What a gentleman. When he takes his helmet off, Dany orders that he be taken away. But Jorah tells her that he brought a gift. Ta da! It’s me, Tyrion Lannister!

We still don’t know how the mother of dragons will take this gift. Boy, wouldn’t it be a bummer if she just killed them both after all their hard work getting there? With how season 5 has progressed, I wouldn’t be terribly surprised by that. So we’re in the home stretch of Game of Thrones, a show that finishes strong every year. But next week we get that interaction that has so far only existed in our fan fiction, Tyrion and Daenerys. Also, will someone go and light that freakin’ candle for Sansa!?