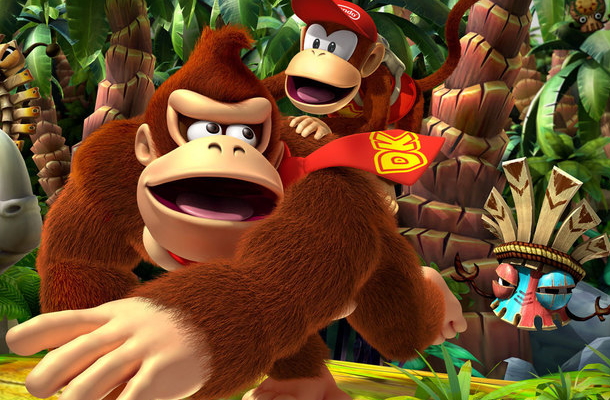 Nintendo Unleashed is Nintendo UK’s touring wagon of gaming goodness that turns up at events all around the country, including MCM London Comic Con. In case you haven’t noticed, I got up to all sorts at MCM London including chats with indie comic artist Steve Penfold, playing the upcoming Deadpool game and seeing a whole load of fabulous, geeky crafts.

Nintendo Unleashed didn’t offer the most exciting array of unreleased games at MCM London, with many of the playable titles being previously released demos. Even so, it was a good opportunity for me to get my hands on a Wii U, a Nintendo 3DS XL and some cool games. Here’s what I though of them.

Nintendo had devoted a relatively large area to Donkey Kong Country Returns 3D and were naturally urging visitors to give it a go.  At first I couldn’t figure out why so many visitors were so eager to play what is essentially a Nintendo 3DS port of a two and a half year old Nintendo Wii game. But once I managed to get my hands on the game, my confusion was swept away.

I hadn’t played the original version of Donkey Kong Country Returns, but talking to some fellow Nintendo Unleashed visitors, I found that many gamers were unsatisfied with what they regard as “forced” motion controls. These same visitors were happy to find that the lack of motion controls or any other type of gimmickry in Donkey Kong Country Returns 3D gave them the 2D platformer they were always hoping for.

And what did I think? It’s definitely a different species to the original Donkey Kong Country on the Super Nintendo, but I still thoroughly enjoyed it. New game mechanics such as hanging onto ropes, using Diddy Kong’s jetpack and the new roll are fresh additions to an aged 2D platforming formula.

In the opposite manner to Donkey Kong Country Returns 3D, the Wii U version of Resident Evil: Revelations is in fact a port of the Nintendo 3DS game of the same name. I’ve personally gone off the Resident Evil series after Capcom’s last few stabs at the survival horror genre so avoided this run-and-gun 3DS game. But did its jump to the Wii U inspire me to start shooting zombies again?

Unfortunately the demo Capcom had arranged for play at Nintendo Unleashed started by giving you absolutely no weapon with which to defend yourself. Adding to the confusion, the young man in charge of helping out Resident Evil: Revelations players had absolutely no idea where a weapon could be found. The result? Twenty minutes of me haring around a mansion, bumping into zombies and being gobbled up over and over again.

There was a shotgun on the wall, but I couldn’t grab it. A man turned up who had a gun, but he got stuck on a door frame and wouldn’t follow me. All I had to look at for twenty whole minutes was some faceless woman’s wet, glistening buttocks as she frolicked around in a perpetually damp wet-suit. It was awkward to say the least.

This puzzle-platformer by Double Fine was actually one of the  highlights of my time at Nintendo Unleashed. Even though this game had come out way back in January of this year, it was still interesting to have a go at it on the Nintendo Wii U.

For those who haven’t played it, The Cave has you selecting three of seven characters from different eras of time to explore a magical talking cave that claims to harbour untold treasures. Such a format will be reminiscent of Manic Mansion to many, and the exploratory gameplay will remind others of the Metroid series. While The Cave clearly draws from both games, its aesthetics and gameplay mechanics give it its own distinct personality.

The Cave is also available on the PlayStation 3, Xbox 360 as well as Windows, Mac OSX and Linux. Check it out!

It’s crazy to think that this game isn’t out yet, yet there it was at Nintendo Unleashed, as if taunting all of the Wii U owners that had bought the console in the hope of playing the sequel to the critically acclaimed Rayman Origins. I don’t own a Wii U (yet) so this would be the first time I’d had the opportunity to play the demo of Rayman Legends, and let me tell you, it was superb.

The highlight of the demo was the the Castle Rock level in which players must outrun an ever advancing wall of fire. In fact, there’s absolutely no opportunity to stop running as to do so would result in instant death. The best part though is that the entire level is set to a backing track of enemies singing, where your jumps and other actions act as percussion. It’s seamless, it’s original and it’s very, very pretty. I simply cannot wait to play Rayman Legends when it’s released in a few months from now. 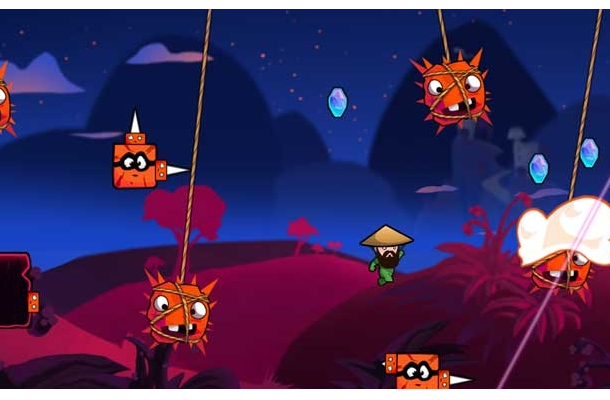 This hard-as-nails platformer is the brainchild of indie developer Pwnee Studios and challengers players to a series of randomly generated levels with the hope of attaining a high score on the global leaderboard. Cloudberry Kingdom will be available on a range of different gaming platforms, but seeing as I was at the Nintendo Unleashed exhibit, the Wii U version was the only one available to play. And what did I think of it?

Well, I’m always under the impression that the 2D platformer genre has been unfairly ignored by the vast majority of big video game publishers. It’s one of my all-time favourite genres, therefore I’m more than happy to have a go at any 2D platformer that comes my way. But I wasn’t impressed with Cloudberry Kingdom.

The game allows players to create their own platforming avatar a la Little Big Planet and also allows for up to four players to get in on the action simultaneously. This is an idea I can really get behind and the randomly generated levels are a great touch, but it just doesn’t play all that well. Jumping feels floaty, there’s no impact when you land and the characters seem too big to navigate through many of the obstacles.

I’ve seen this game compared to Super Meat Boy many times across the web, but as it stands the controls are just just not tight enough to even consider making such a bold comparison. The game isn’t out let, so my fingers are crossed that some final tweaks to gameplay will make this another indie classic. Only time will tell.

After getting my hands on a Wii U and the Nintendo 3DS XL it’s clear in my mind that Nintendo know what they’re doing. The Xbox One is being torn to shreds by its own fans before it’s even released and Sony are walking on a thin line with the PS4. But Nintendo’s message is clear. Nintendo are all about games.

Xbox One, PS4, PS Vita, Wii U and 3DS. It’s a lot to choose one, so which do you stand behind? Let us know by leaving a comment below!