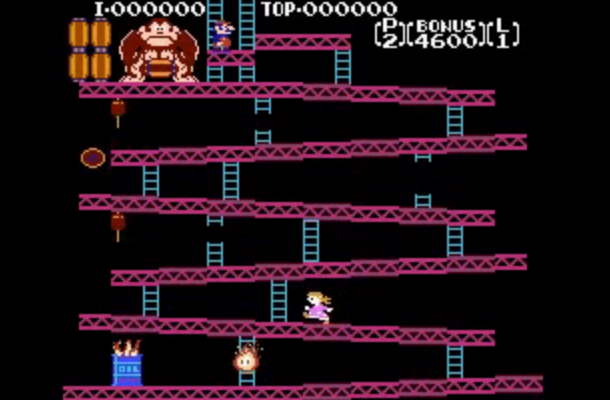 Everyone loves a bit of retro gaming now and then, even Mike Mika’s three year old daughter. But when the little retro gamer turned her sights to the 1981 Nintendo classic Donkey Kong, she shocked her dad by asking to play as damsel in distress Pauline. What’s a dad to do? Hack the game of course.

That’s right, this super dad stayed up all night hacking the Nintendo Entertainment System version of the game on his computer. The goal? To switch Mario and Pauline’s places, resulting in what he has dubbed the ‘Pauline Edition’.

My three year old daughter and I play a lot of old games together. Her favourite is Donkey Kong. Two days ago, she asked me if she could play as the girl and save Mario. She’s played as Princess Toadstool in Super Mario Bros. 2 and naturally just assumed she could do the same in Donkey Kong. I told her we couldn’t in that particular Mario game, she seemed really bummed out by that. So what else am I supposed to do? Now I’m up at midnight hacking the ROM, replacing Mario with Pauline.

The Western version of Super Mario Bros. 2, released in 1988, was notable for allowing players to play as Mario, Luigi, Toad and Princess Toadstood. Therefore, it only makes perfect sense that she should be a playable character in other Mario games of that era, right?

Unfortunately this isn’t the case and for the vast majority of Mario games since Super Mario Bros. 2, the princess’s sole role is to be captured over and over again. At least Donkey Kong ‘Pauline Edition’ is a step in the right direction.

She’s played as Princess Toadstool in Super Mario Bros. 2 and naturally just assumed she could do the same in Donkey Kong.

The Nintendo Entertainment System version of Donkey Kong was in fact released in Japan in 1983, and 1995 in the US to coincide with the release of the NES home console. However, the original arcade version came to life in July of 1981, and was a worldwide hit.

Developed by Nintendo legends Shigeru Miyamoto and Gunpei Yokoi, Donkey Kong broke the mould by being what many at the time considered to be the first game with a story. At a time where the only objective in the vast majority of games was to score as many points or beat your friend, gamers found themselves wanting to clear Donkey Kong’s screen, only to see the inter-level cut-scenes which showed Mario repeatedly thwarting the Donkey Kong; only to have the burly gorilla steal his beloved Pauline again.

Of course, those who managed to get past the game’s first three screens witnessed Donkey Kong’s defeat at the hands of Mario, who at the time was a carpenter known only as ‘Jumpman’. Following the third screen, the game would simply loop at a greater difficultly, allowing players to then attempt to get a high score.

The Donkey Kong Arcade High Score is Coveted the World Over

In fact, the Donkey Kong high score is one of the most coveted in gaming history, and many arcade veterans compete for the title of Donkey Kong world champion to this very day. Those who watched 2007’s fascinating documentary ‘The King of Kong: A Fistful of Quarters’, were privy to the head-to-head battle between then-champion Billy Mitchell, and humble family man Steve Wiebe; which saw the score reach over one million points for the first time. 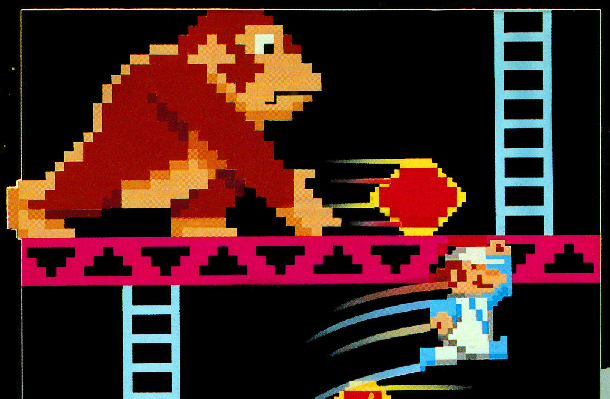 For those hoping to claim the championship, be warned as the official title has been held by Hank “Dr. Kong” Chien since the end of 2010, with his massive score of 1,138600. The score will however be likely contested during this November’s ‘The Kong Off 3’ event in Denver, Colorado, where Donkey Kong players will have access to over 20 of the same arcade machines, and a $4,500 cash prize for the best players.

But for the time being, retro gamers can check out Mika’s patch which he has made available on his Youtube site. Nintendo game hackers can easily switch the two characters around for the enjoyment of all the little retro gaming girls and boys.