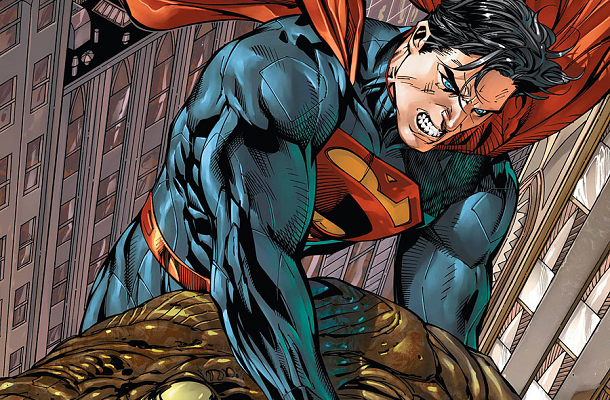 Action Comics #21: The Story So Far

Action Comics is one of the biggest names in the history of the medium and was the flagship series at the start of the DC Universe reboot “The New 52” in 2011. Written by industry legend Grant Morrison, Action Comics was not only one of the best comics available at the time, but it was also the best reimagining of Superman ever to grace the pages of a comic book.

This new, younger Superman had to deal with the weight of the responsibility that comes with his immense powers. What was once a young man who murdered corrupt politicians and greedy businessmen eventually matured into the hero the people of Earth needed him to be. For over a year Grant Morrison’s fantastic work with Action Comics resulted in many considering the series to be an instant modern classic. 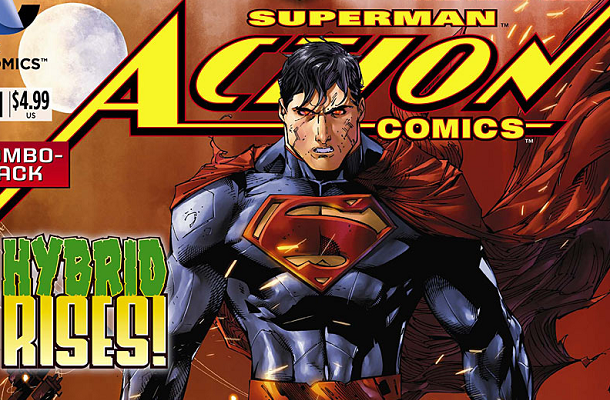 Action Comics finally saw the departure of Grant Morrison as the series’ writer in Action Comics #18, which wrapped up his story arc and set the scene for future stories. The daunting challenge of following up on Morrison’s work was assigned to writer Andy Diggle. However, for reasons unknown, an internal dispute saw Diggle resign at DC after just one issue, Action Comics #19. With only an incomplete script to work with, artist Tony S. Daniel had to fill the gaps and the result was far from expected.

In Action Comics #20, Superman was infected by an otherworldly parasite which absorbed his DNA, resulting in the creation of a kryptonian-parasite hybrid. The parasite was removed by the mysterious Dr. Veritas but later assaulted Superman in a series of brutal and unrelenting attacks. Action Comics #20 ended with the Hybrid infecting and absorbing scores of civilians, much to Superman’s displeasure.

It was an extremely mediocre and somewhat disappointing comic book which did neither Diggle, Daniel or Superman any justice. Our thoughts on the previous issue of Action Comics can be read in Geek Insider’s less than favorable review of Action Comics #20.

This time around writer Andy Diggle is only credited with the comic book’s plot rather than the script itself, which is credited to artist Tony S. Daniel as well as the artwork. Diggle’s full departure from the series really shows and as a result, Action Comics #21 is superior to its previous issue in terms of practically every aspect.

Action Comics #21 goes into full swing from the very first page in which Lois Lane sneaks into the crater caused by the impact Superman left at the end of Action Comics #20. From there we get to see Superman show us what he’s made of as he wrestles the gargantuan Hybrid down into the sewers of Metropolis, at which point he’s brutally attacked by Lex Luthor in a powered suit of armour. The weakened Superman gives it all he’s got, but ultimately resorts to desperate measures in order to save the people he’s sworn to protect. 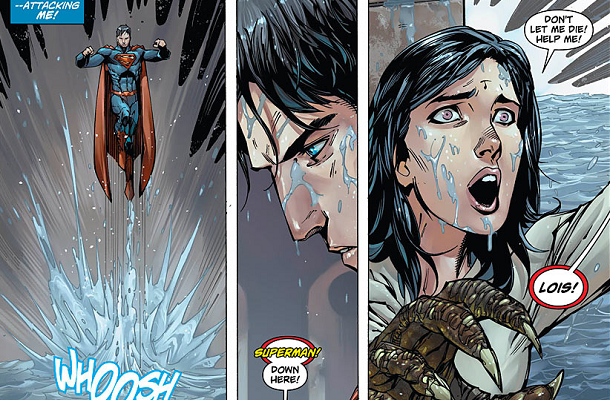 It’s during Superman’s fight scene with Luthor that we get to see the extremes of both sides. Luthor is essentially a deranged genius intent on destroying Superman to satisfy his own messiah complex. On the flip side, Superman’s weakened state requires him to use his intelligence rather than his physical abilities to defeat Luthor, and is willing to sacrifice his own life to protect Earth’s inhabitants.

Being in control of the script has also allowed Daniel to pull off some fantastic full page panels and double-page spreads. The huge, “widescreen” panel in which Luthor appears in his ominous armour is particularly unexpected and one of the highlights of the whole book. Daniel also made the right decision when bathing Metropolis’ sewers with red light as the intensity it brings to his art has made Action Comics #21 one of the most enjoyable action-orientated Superman books I’ve read in some time.

Action Comics #21 is not without its flaws, the most notable of which being Daniel’s overuse of invasive narrative boxes. As mentioned earlier, Daniel has pulled off some great action scenes this issue but has spoilt them to some degree by sticking in bright blue narrative boxes at almost every opportunity. For the most part Daniel’s art is clear and easy to follow, so why he felt the need to have Superman explain his every move is bewildering, but also annoying. Additionally,the appearance of Dr. Veritas is extraneous to the books overall narrative and serves no real purpose.

Narrative boxes aside, Action Comics #21 is a stellar book that offers Superman fans a much needed dose of well written action. It also paves the way for a new, non-Diggle story arc by efficiently killing off the uninspired Hybrid monster in favour of a welcomed Superman vs. Luthor fight.

But let us not forget that Action Comics #21 does in fact contain two stories.

The World of Krypton Part 2: Dissension

This short story follows on from Action Comics #20‘s “The World of Krypton Part 1: Discovery” in which Superman’s father Jor-El explores the oceans of Krypton while a military coup is staged in Krypton Science Council Hall.

This part of the story focuses not on the young Jor-El, but instead on his mother Lara Lor-Van who witnesses the murder of the Minister of Science by her supreme commanding officer. As with the rest of Action Comics #21, this short story is far more action-orientated that the preceding chapter. It’s a good read, but the experience is soured by Lara’s shiny buttocks and breast-hugging top which stand out like sore thumbs against her armour clad, male companions.

Action Comics #21 is a massive turn around from the the extremely poor issue that came before it. Even though it’s the end of Diggle’s three-issue story arc, Daniel has made this issue surprisingly accessible and is therefore a suggested read to anyone interested in trying out Action Comics and DC comics in general.

Did you pick up Action Comics #21? How do you think it compares to the previous issue? What direction do you think Action Comics will take now that Andy Diggle is out of the picture? Let us know your thoughts by leaving a comment below!