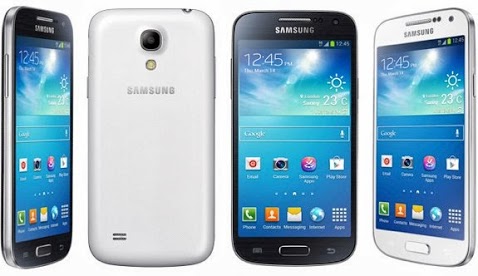 Samsung has recently unveiled the not-so-mysterious Galaxy S4 Mini ahead of it’s scheduled launch event on June 20th. The new Galaxy S4 Mini comes packed with some high-end features in a much more compact and smaller form than the Galaxy S4. S Translate, Group Play and a decent camera have all made their way into this Mini variant of the  GAlaxy S4. However, Samsung’s latest gimmicks…err innovation, that’s incorporated in the Galaxy S4 hasn’t appeared in the Galaxy S4 Mini – So, no Smart Scroll and other similar features for the little friend.

In terms of specs, the Galaxy S4 Mini sports a 4.3” S-AMOLED qHD display (960 x 540p) with a Dual Core processor clocked at 1.7GHz plus 1.5GB of RAM. The Galaxy S4 Mini will come in two different colors, Frost White and Black Mist, or simply just Black and White, if you’re not a fan of fancy names.

The phone will also have support for external memory via microSD card for up to 64GB in addition to its 8GB of internal storage. It will come in two variants, 3G and 4G. Best of all, The Galaxy S4 Mini will have Android 4.2.2 Jelly Bean OS installed right out of the box, so you’ll get all the cool menus and features similar to the Galaxy S4.

The Galaxy S4 is much better than the Galaxy S3 Mini (Duh!) nearly everything is upgraded. However the screen quality still remains the same and that has been problematic in the past as well. We hope that the Dual core processor Samsung put in the device is efficient enough to handle all the tasks users throw at it.

The Galaxy S4 Mini is scheduled to be announced and showcased at Samsung’s June 20th event in London, UK. No words on the official release date yet, but we’re sure that it will hit the shelves by the end of the month or early July. Pricing hasn’t been leaked as well, however, some retailers have reported that Samsung will price the Galaxy S4 Mini starting at $500 for the 3G variant.